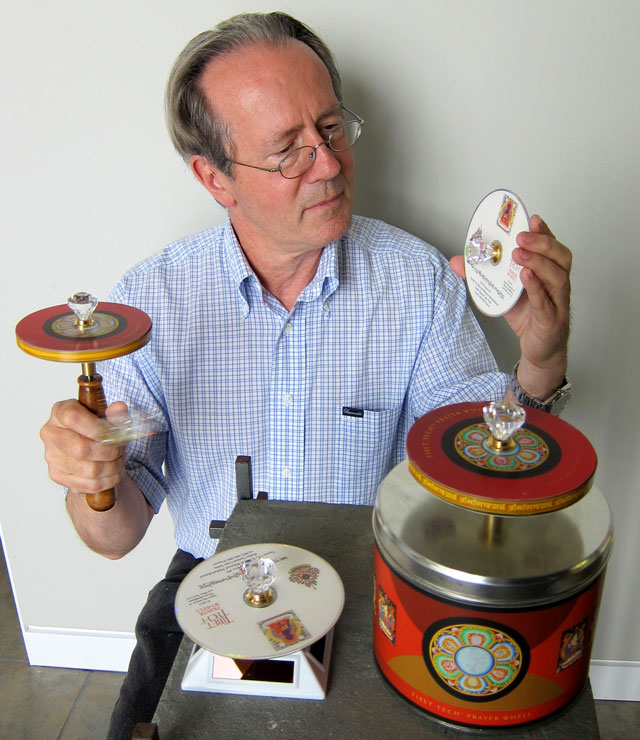 Tibet Tech, created to offer an array of traditional Tibetan Buddhist prayer wheels based on modern technology, is now shipping prayer wheels to practitioners around the world from a tiny shop on Whidbey Island, Wash.

The prayer wheels are the creation of Chuck Pettis, co-executive director of Sakya Monastery in Seattle, and were inspired by guidance from his teachers H.H. Jigdal Dagchen Sakya and H.E. Dagmo Kusho Sakya.

The two “recommended that I use prayer wheels in my daily meditation practice.  They gave me two prayer wheels as gifts.  One is electric and revolves continuously on my shrine.  I hold the other prayer wheel in my hand and spin it while I do spiritual practices,” wrote Pettis, who also is founder of Earth Sanctuary on Whidbey Island.

“When I started spinning the prayer wheels, my wife immediately noticed an increase in the spiritual feeling around our altar,” Pettis wrote. “One day, while meditating, the question arose in my mind, ‘How many prayers (mantras) could be put in a prayer wheel?’” 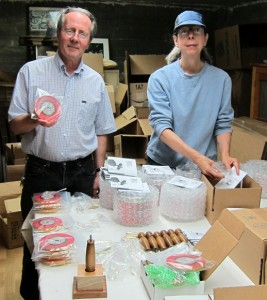 The result is Tibet Tech prayer wheel, each of which contains billions of prayers, packed onto a stack of DVD disks.

“Just one rotation of the prayer wheels is equivalent to reciting prayers for hundreds of years,” Pettis wrote.

We are taught that peace, happiness, kindness, and relief from suffering for all beings are radiated through the blessings of the mantras inside the prayer wheel, and by the intention and concentration of the spiritual practitioner.

Buddhist texts teach that mindfully turning a prayer wheel produces the same merit and benefits as having recited the number of prayers (mantras) inside the prayer wheel, multiplied by how many times the prayer wheel spins around. 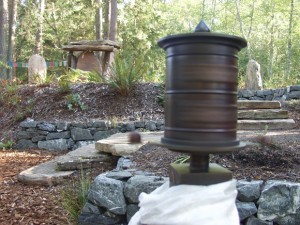 His Holiness Jigdal Dagchen Sakya, one of the most revered Tibetan Buddhist masters and a leader of the Sakya Sect of Tibetan Buddhism, oversaw the design and construction of the Tibet Tech prayer wheels. 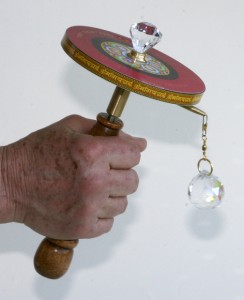 One thousand of these PDF files were compressed into a single zip file containing 50 million mantras. For each of the eight mantras, as many of the zipped files as possible were copied to a DVD.

The DVD duplicator uses lasers to read and write mantras onto an opaque reflective layer in 0.4-micron pits in a spiral track.

“Although that is a technically accurate description of the DVD-RW process,” said Ashbrook, “while producing the DVDs it looked to me like the mantras were being written by light onto a rainbow onto the DVD.”

Below and above the stack of DVDs are the Earth Wheel and Sky Wheel symbols, as drawn by Lama Zopa Rinpoche and depicted in the book, “Wheel of Great Compassion: The Practice of the Prayer Wheel in Tibetan Buddhism,” by Lorne Ladner (Wisdom Publications, 2000). 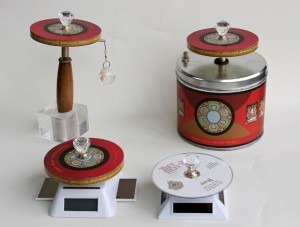 All the prayers used were blessed and consecrated by H.H. Jigdal Dagchen Sakya.  The blessing ceremony has three parts.  First the mantras are praised, then the DVDs are consecrated, and finally a dedication of merit prayer is recited to benefit all sentient beings and to work for a more peaceful world.  Dagchen Rinpoche has said, “As long as the universe exists, these mantras will remain potent.”

In 2004, the first set of three custom-built Tibet Tech prayer wheels were created by artist and metal craftsman Mike Sweeney, with some engineering assistance from Charlie Pettis (Chuck Pettis’ father). The wheels were then installed at Sakya Monastery’s retreat center, the Tara Meditation Center at Earth Sanctuary, where they have been spun over 1.6 million times by retreatants and visitors.

Due to the density of the prayers on the DVDs, that means the prayer wheels have radiated 1.3 trillion x 1.6 million prayers, to benefit all living beings and help bring peace to Earth.

From 2005 to 2010, Pettis father and son engineered and tested a series of prototypes.  (Graphic design was by John Engerman, art director for BrandSolutions, Inc.)

“There are two things that make Tibet Tech prayer wheels important,” wrote Pettis, “First, how they transform the feeling in people’s home and second, the happiness and relief from suffering that so many prayers provide to all people and all beings.  May all beings be happy. May all beings be free of suffering!”

0
SHARES
Share
Posted Under: 2012, Fall, Sangha News
About the Author: Chuck Pettis
Chuck Pettis is a student of H.H. Jigdal Dagchen Sakya, and co-executive director of Sakya Monastery in Seattle. He is founder of BrandSolutions, Earth Sanctuary, and most recently, Tibet Tech Prayer Wheels.