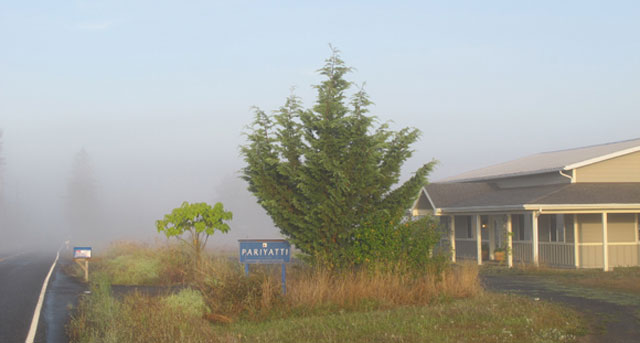 Pariyatti, best known as the nation’s largest source of Theravada Buddhist books and related source material, is adding to this wealth with on-line courses to learn Pali language.

Pali is the language the Buddha spoke in what is now northern India, 2,600 years ago. While we are very fortunate to have many excellent translations of these teachings, it can be thrilling, and help our understanding, to read the Buddha’s teachings in the language he spoke.

The free courses are being offered by Pariyatti Learning Center, formed for this purpose a year ago within the larger Pariyatti organization. Pariyatti is headquartered in Onalaska, Wash., in the southwest corner of the state. 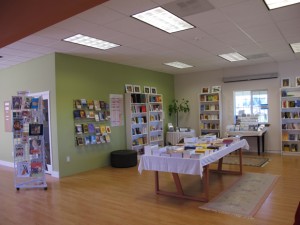 The offerings include a short “Introduction to Pali” course, as well as a more advanced “Exploring the Path” course. Students may take these courses piecemeal, or they may create an account and track their progress over time. Classes include lessons, activities and access to an online message board where questions can be discussed.

The lessons are constructed so that anyone can learn Pali and gain access to the knowledge of the Buddha’s words as they were spoken. New lessons are posted twice monthly, and past lessons are always available, so people may begin at any time.

The lessons, which are designed to take 20 – 45 minutes to complete, are intended to be sufficient to keep a student engaged, but still require only a manageable amount of time. There is no necessity to follow the lessons on the schedule in which they are posted.

While it is beneficial to maintain the repetition of the weekly lessons to support the progress of learning, one may also work at random, or simply enjoy the English translations without delving into the Pali. 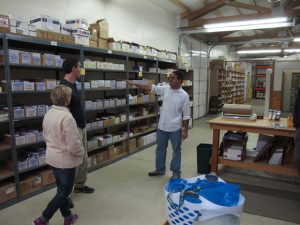 In addition, Pariyatti has published two books to aid in the study of Pali. The “Pali Workbook” offers the Pali student exercises, drills and even crossword puzzles, using vocabulary drawn from a 10-day course with S.N. Goenka. And the “Gem Set in Gold” offers English translations (both Pali and Hindi) of material from a 10-day course, which includes a wide selection of traditional suttas such as the Mangala and Ratana suttas.

Offering Pali learning materials is just one small part of Pariyatti’s larger mission. In its simplest form, Pariyatti’s mission is:

“Pariyatti enriches the world by disseminating the words of the Buddha,

providing sustenance for the seeker’s journey and illuminating the meditator’s path.”

Disseminating the words of the Buddha

Many readers will know that the word “pariyatti” is a Pali word that can be translated as, “the theoretical teaching of the Buddha.” The core of the Pali Canon consists of the Tipitika, the words uttered directly by the Buddha and believed by most scholars to have been committed to writing in 29 B.C., at the Fourth Council in Sri Lanka. 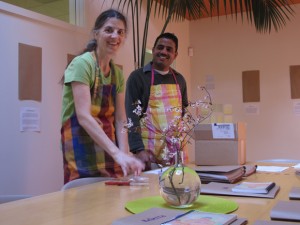 In subsequent centuries, commentaries and sub-commentaries arose to elaborate and expound on the teachings of the Buddha. A significant flowering of post-commentarial writings arose beginning in the late 1800s, with the founding of the Pali Text Society and the translations of many works by maha-theras (senior bhikkhu elders) from Burma and Sri Lanka.

The Sixth Council, held in the 1950s, led to an additional flurry of wonderfully inspirational writings celebrating the 2,500th anniversary of the teachings of the Buddha. In the more recent decades, publishers such as the Buddhist Publication Society, the Vipassana Research Institute, and Pariyatti, have continued to add valuable literary classics to this body of writings.

In accordance with our vision to disseminate the Words of the Buddha, Pariyatti makes available the entire cumulative corpus of these works. Increasingly, with the advent of modern technology, many of these teachings are taking alternate forms such as audio-books, e-books, CDs, CD-ROMs, DVDs, and downloadable media. The catalog of products continues to grow with the addition of newly written works as well as the re-publication of timeless classics.

Providing sustenance for the seeker’s journey 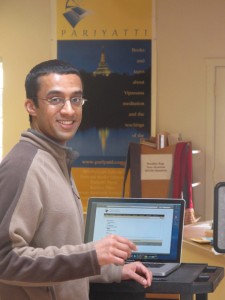 Brihas Sarathy, Consultant to the Pariyatti board of directors

The second component of the Pariyatti vision statement is a bit broader in scope. By providing sustenance for the seeker’s path, the organization seeks to expand the awareness of the teachings of the Buddha. By making the teaching of the Buddha available in a simple and easy-to-understand format to any and all who would seek an inner calm, Pariyatti is providing sustenance along the path of meditation and peace to those who might not otherwise have access to these teachings.

Current programs to fulfill this aspect of the vision include the donation of books and other inspirational materials to prisons, universities, monasteries, and temples. Daily e-mails of the Words of the Buddha are currently delivered to thousands of seekers. Additionally, in 2005, Pariyatti began offering monthly podcasts via the internet. The program for these podcasts continues to expand, and positive feedback has come in from throughout the world.

The Buddha differentiated between pariyatti, meaning theoretical knowledge, and patipatti, the experiential application of the Buddha’s teachings. For those who are actively seeking patipatti (and ultimately, pativeda, the realization of ultimate reality through meditation), Pariyatti offers tools for inspiration and elucidation.

This is perhaps the aspect of the Pariyatti vision with the most potential for growth in the coming years. The publication of the “Gem Set in Gold” was the culmination of over a decade of work, and will be an invaluable resource to any serious student of the dhamma.

Students of Vipassana as taught by S.N. Goenka will find many resources to assist them, which will illuminate the path as they develop their meditation practice.

The Treasures of Pariyatti is a project to preserve classic, out-of-print works of literature related to the teaching of the Buddha through electronic re-publication.

Each of these three components of the Pariyatti vision unify a community of individuals who share an interest in the teaching of the Buddha.

Pariyatti, a 501(c)(3) nonprofit organization located in Onalaska, Wash., was founded to bring people into contact with the teachings of the Buddha. Pariyatti provides resources in the Theravada tradition, and supports Pali language studies and Vipassana meditation. We serve meditators, scholars, educators and the public by providing ready access to hard-to-find titles.

0
SHARES
Share
Posted Under: 2012, Dharma Education, Fall
About the Author: Adam Shepard
Adam Shepard is an employee of Pariyatti, a non-profit organization founded to bring people into contact with the teachings of the Buddha. Shepard works on various projects including outreach, web design and publishing. He has practiced Vipassana meditation, as taught by S.N. Goenka, since 1994.