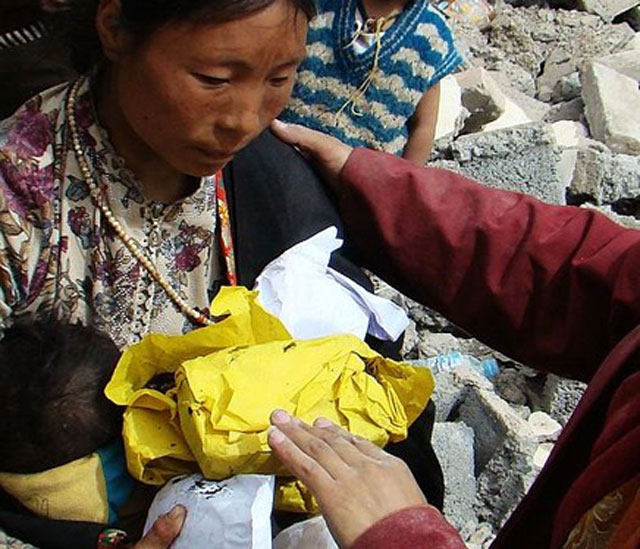 Traveling between Washington State’s Whidbey Island and the high grasslands of eastern Tibet, Kilung Rinpoche is developing new ways to provide humanitarian aid, while continuing to offer traditional dharma teachings in the homeland of his people. 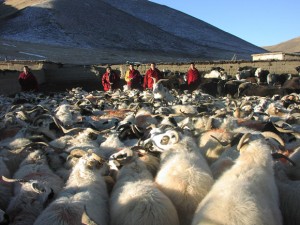 The Kilung Foundation now raises about 300 sheep at the Life Release farm, to benefit the local nomadic community.

Kilung Rinpoche, more formally known as Dza Kilung Jigme Rinpoche, manifests his compassionate activities under the auspices of the Kilung Foundation, also based on Whidbey Island.

This year the foundation’s primary humanitarian focus is to improve the quality of health care for nomads living in the remote high-altitude communities of the Dzachuka River Valley.

The Dzachuka region suffers from a critical shortage of qualified Tibetan medical doctors, so the foundation is exploring the feasibility of establishing a traditional Tibetan medicine training program.  The program would be housed at the foundation’s offices in the nearby town of Sershul, and would accept young applicants into a rigorous three to four-year training program. 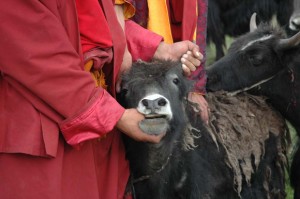 The Life Release Farms raises about 70 yaks, and the goal is to use their hair, dung and milk to provide products, while not killing them for meat.

Another major project is the Life Release Farm, which provides food to nomadic families and disadvantaged people in the area.

The farm was established after the tragic 2010 earthquake flattened more than 90 percent of the buildings in the nearby Kyegundo region, destroying the livelihoods of many Tibetans.  The farm provides long-term assistance to local residents, supporting a herd of 70 yaks and 300 sheep, and providing more than 40 nomad families with butter and cheese.

In addition, the foundation is exploring the possibility of producing other sustainable yak products, which could include wool and yak-hair woven products, dung bricks as fuel for heating, and construction bricks made from a mixture of yak dung and cement.  This model would not only save animals from slaughter, but would develop an economic enterprise to help sustain the entire community, and would serve as a model for other Tibetan communities in the region. 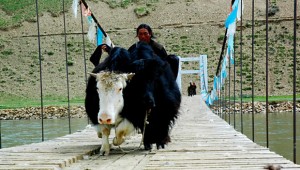 Local people, like this yak herder, depend on the Dzachu bridge to cross the river.

The Kilung Foundation’s primary dharma project for 2012 is to raise $40,000 to construct Kilung Monastery’s next major addition: a center for traditional three-year mountain retreat.  The retreat center will consist of eight small retreat cabins and a kitchen, to be located several hundred yards further up the mountain from the existing Shedra (monastic university) compound.  Kilung Rinpoche has continually emphasized the importance of building the retreat center now, to support the local community’s needs for more focused dharma practice.

People and animals used to wade across the Dzachu River, until the bridge was built. Photo credit: Lee Ming Yang

The foundation has recently acquired and renovated a traditional Tibetan-style building in Sershul.  This building will serve as a center for the monastery and for foundation activities in town, and will include spaces for meetings, Buddhist teachings and events, a guesthouse, library and offices.

Through its office in Sershul, Kilung Foundation coordinates dozens of prayers and pujas each year at Kilung Monastery, sponsored by patrons around the world.  These activities include prayers for healing the injured and sick, Shitro prayers for the peaceful passing of the recently departed, butter lamps and prayer flags, and the life release of many animals.

Kilung Foundation was established in 1998 as a U.S.-based non-profit organization under the leadership of Dza Kilung Jigme Rinpoche. 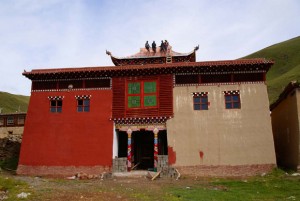 Kilung Rinpoche is the fifth reincarnation of Jigme Ngotsar Gyatso, the enlightened yogi who built Kilung Monastery in the 18th century.  Jigme Ngotsar Gyatso was one of the renowned “Four Jigmes,” the four principal disciples of Rigdzin Jigme Lingpa, the most important teacher within the Nyingma sect of Tibetan Buddhism in the last 600 years.

Traveling between his current home on Whidbey Island and his monastic seat in the Dzachuka region of eastern Tibet, Kilung Rinpoche since his teens has striven to re-establish Kilung Monastery as a center of learning and practice.  He has continuously expressed a profound commitment to improve the lives of the local nomadic community through humanitarian projects that benefit monks and nuns, and also children, seniors and animals. 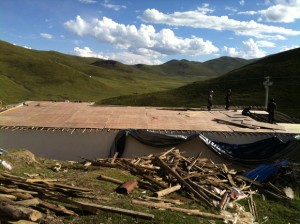 The Kilung Foundation’s first project was to rebuild the monastery’s shedra, or monastic college.  The 2004 consecration of the shedra was a grand celebration for the entire Kilung community, which hosted 1,000 monastics, lamas and lay practitioners from the region.  The foundation was a major sponsor for the Great Prayer Festival, which coincided with the formal enthronement of Kilung Rinpoche.

Since then the foundation has continued to support the renovation and expansion of Kilung Monastery.  The restoration of the main temple, built in 1770, was completed after several years and included replacing the traditional sod roof with tile, as well as internal structural renovation, extensive frescoes, altars and decorative elements.  Eighteen monks’ cabins were then built, providing permanent homes for about 38 monks. 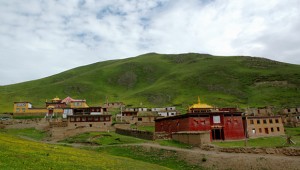 The buildings at Kilung Monastery spread across the nearby hills.

Last year, several historically significant buildings were reconstructed after collapsing from the accumulated weight of the brutal Dzachuka winters.  The road to Kilung Monastery from nearby Sershul has also been improved by resurfacing it and adding bridges, reducing travel time from Sershul to the monastery by about 40 minutes.

Kilung Foundation views the reinvigoration of traditional Tibetan culture as essential for the continuation of Tibetan Buddhism, a key reason for supporting these many projects. 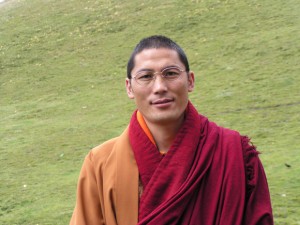 Dza Kilung Jigme Rinpoche, most recent of a line of incarnate lamas.

One of the Kilung Foundation’s most vital activities is its sponsorship program, which coordinates dozens of individual sponsors to provide support for 75 individuals and families within the Kilung community. Recipients include monks, nuns, earthquake victims, students and their families, and local elderly residents.

Sponsorship also provides funds to purchase books and classroom supplies for monks, nuns and school children; salaries for teachers and cooks, and food for children and staff. Support these people receive from sponsors also includes paying for personal supplies like toothbrushes, for minor medical expenses, for ordained robes, and for other clothing and bedding. 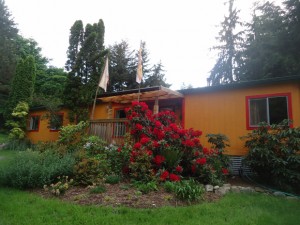 In the Sershul community, the funds provide life necessities including food, clothing, transportation and health care for families of handicapped nomads and earthquake victims. Sershul families with children also receive a small stipend, so those children can continue their education instead of leaving school to begin work.

Through their ongoing support of these and other secular humanitarian projects within the Kilung Valley, and Buddhist dharma activities throughout Tibet and the West, the volunteers and supporters of Whidbey Island’s Kilung Foundation are helping to fulfill the sacred vision and compassionate actions of Kilung Jigme Rinpoche.  For additional information please visit our website at www.kilung.org.

0
SHARES
Share
Posted Under: 2012, Fall, Sangha News
About the Author: Michael Hess
Michael Hess serves as the managing director of the Kilung Foundation. He has been a practitioner of the Longchen Nyingthig tradition of Tibetan Buddhism for 15 years.