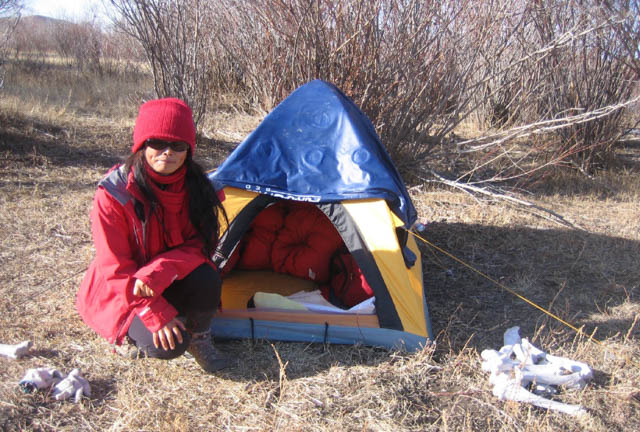 I slip into the woods

A pile of shepherd’s purse.

Through the mossy crevices

In the spring of 2013 I found myself in a tiny house in the midst of an Oregon forest, nestled under towering Douglas fir trees and surrounded by green moss and thick grass. Next to my cabin flowed a beautiful creek.

The water originated from snowmelt in the Oregon Cascade mountains. That creek flows to the McKenzie River and eventually empties onto the Oregon coast. 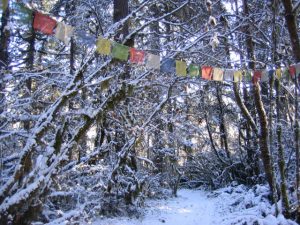 A pathway to her retreat cabin, in an Oregon winter.

This forest was to become my secluded home for my solitary retreat, for the next three and half years.

The land was owned by my friends and blessed by many Tibetan lamas, particularly a number of Kagyu Mahamudra masters. My cabin was a custom-made tiny trailer home. On the outside it looks like a small cabin on wheels, with cedar shake exterior and a metal roof. Inside it is a cozy functional tiny lodge, with a bedroom loft of three Japanese tatami-grass mats, and a meditation seat in a two-mat Japanese-styled tea room.

This long-term retreat was traditionally called “Nyen-Chen” (great retreat), a lifelong dream of yogi and yogini meditators in the Geluk tradition of Tibetan Buddhism. It took me almost 40 years from my first spark of interest in the Buddhadharma, to finally ignite all the auspicious causes and conditions that allowed me to actualize this retreat.

When in 2003 my son Mani died suddenly at age 16, I knew that there would be nothing to lose in devoting the rest of my life to dharma practice. His life and death were great blessings of joy and sorrow for my dharma practice in retreat. 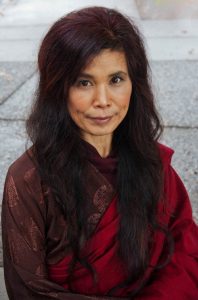 My root teacher is the late 9th Khalkha Jetsun Dampa Jampe Namdrol Chö kyi Gyeltsun (1933 – 2012), the spiritual leader of Mongolia. He passed away March 1, 2012 in Ulaanbaatar, Mongolia, a year before my retreat started.

I had the great fortune to see him and receive his blessings three months before his parinirvana. It was such an auspicious and emotional occasion for me to meet Rinpoche for the last time upon completion of a four-month wandering Chö retreat in the wilderness of Mongolia.

Chö, often spelled chod, is a tantric practice that aims at cutting through attachment to self.  Chö practitioners visualize themselves in fearful situations and through making offerings see through the empty nature of fear and its root, self.

At that time I expressed my intention to enter a long retreat and to carry the lineage tradition that he generously passed on to his students. Despite manifesting illness, he acknowledged me by expressing his delight and encouragement by giving me a thumbs-up gesture as I left him. 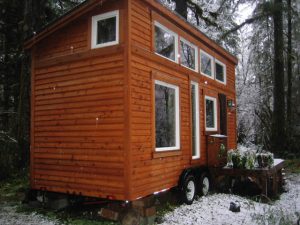 Waves of emotions of joy, awe, heartbreak, and deep sadness overwhelmed my heart, since I knew this would be the last time I would be seeing his holy face. At the same time, this last meeting confirmed for me my incredible fortune and feeling of deep responsibility, for the dharma practice and service.

The focus of this three-year retreat was to accomplish the commitments of one yidam deity, while integrating everything to a deeper level that I had learned from my precious teachers, and from my spiritual and life experiences over the last four decades.

I felt like my psycho-physical energy system was rewiring. Within the container of the solitary retreat, it was time for me to reflect, restore and awaken into my relationship to my body, my mind, my dharma practice, and the relationship to who and what I truly am. 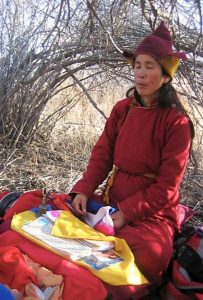 Khandro practicing during her 2011 wandering retreat in the Mongolian wilderness.

Between the four formal sessions, I enjoyed reading the realization songs of yogis and yoginis, as well as Zen poems. Reading autobiographies of great meditators has always been a strong inspiration for my practice

Practicing Chö outside, and doing subtle body exercises every day, were mandatory and integral parts of my retreat.

Many physical, emotional  and mental difficulties occurred, but eventually they were transformed into blissful experience when I called upon my teachers, I felt as if he would reflect my Buddha nature back to me like a mirror.

If I may mention one example of such challenges and how I dealt with it, like many long-term meditators I had to cope with the “meditator’s dis-ease” called “lung,” which brings imbalance in a nervous system. My solutions to manage the symptoms of lung, such as shakiness, headache and insomnia, were to:

1) Relax and not push too hard, by coming out of the meditation and resting my mind in space without conceptual thinking;

2) Come into the body by doing exercises which I call “subtle body training” every day;

3) Go for a walk in the forest to be in nature, or sit next to the river just gazing at the flow of water;

4) Eat a bit of heavy and protein-rich food such as peanut butter or bone broth;

5) Open my heart by cultivating contentment and gratitude for my situation and by deepening bodhicitta. Nature, and seen and unseen sentient beings, were my company when I would feel really lonely. I remembered the words of a Christian saint “In solitude, we are least alone.” 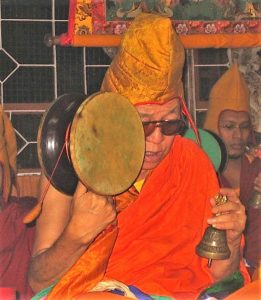 I maintained natural silence except for the occasion when my dear friend visited me from Washington. She was the only visitor throughout my entire time in this forest, and then she suddenly passed away less than a year after her visit. I felt as if I received a blessing from a dakini’s visit.

I completed my retreat following a one-month practice of the yidam self-empowerment in the summer of 2016. I dedicated all the merit and goodness from the retreat to the freedom and awakening of all beings, who are essentially inseparable from me.

Since then I have slowly begun sharing the teachings and practices of the lineage. In 2017 I founded a community called “Dakini’s Whisper: A Community for the Ear-Whispered Lineage on and off the Cushion.”

This particular lineage, called the Ear-Whispered Lineage of Chö (nyen-gyu) has been discreetly transmitted until recently and brought to the West by my teacher, the Late Khalkha Jetsun Dampa Rinpoche. Since the early 1990s I’ve received the entire transmissions of the two ear-whispered lineages from Rinpoche, and have put them into practice. 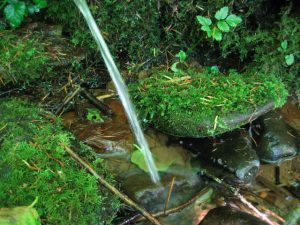 Natural spring water brings a cool feeling in the 2015 summer in Oregon.

The aspiration of Dakini’s Whisper is to facilitate practitioners in the West to drink the essential nectar of the teachings and practices, which this rare lineage has carried through the centuries. Dakini’s Whisper aims to deliver the completely traditional and authentic Buddhist teachings and practices to practitioners in the West.

I currently live outside of Eugene, Oregon and lead workshops, courses, and retreats both online and onsite. I feel so blessed by all my Tibetan teachers. Since I left Japan for the first time in my teens, my strong desire to know why we suffer and solve “the mystery of life” has been a driving force for my practice. Now more than ever my motivation has become my aspiration of being of service to others, and of discovering my own personal authenticity.

34
SHARES
Share
Posted Under: 2018, Fall, Sangha News
About the Author: Chöying Khandro
Chöying Khandro holds the complete transmissions of the Ear-Whispered Lineages of the Mount of Bliss, and the Machik Dakini, from her teacher the late 9th Khalkha Jetsün Dampa, with whom she started studying in the early 1990s. For the last 25 years she has devoted her life to transmitting this rare lineage to the West. She has completed a number of personal retreats, including the traditional 108 Spring Wandering Retreat in the Mongolian wilderness, and a three-and-a-half-year solitary retreat in the forests of Oregon. She has an master’s degree in oriental philosophy from Waseda University in Japan, and a master’s degree in Buddhist studies from the University of Michigan She is the founder and spiritual director of Dakini's Whisper: a community for the Ear-Whispered Lineage.