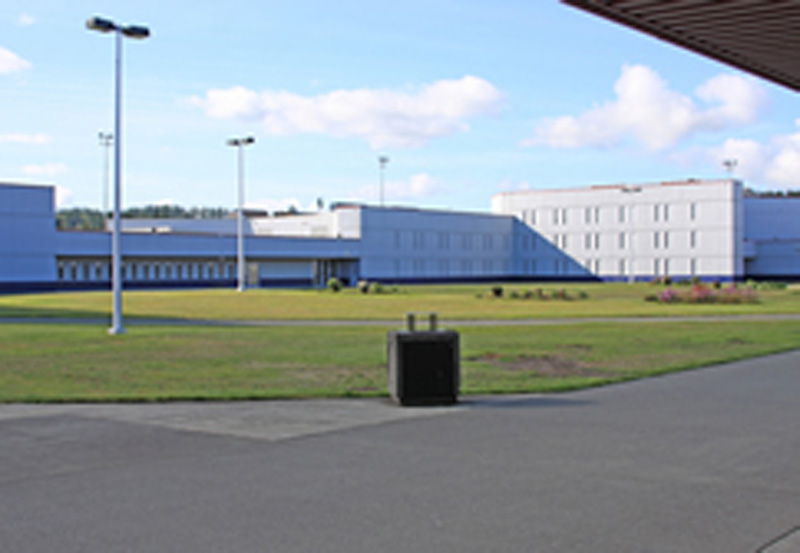 Clallam Bay Corrections Center is miles from anywhere, which makes it hard for volunteers to journey there.
Photo courtesy of: Washington state Department of Corrections.

A breakthrough new program is allowing inmates at the Clallam Bay Corrections Center to weekly practice the dharma together, on their own.

The new program, built from trust, a lot of planning and some help from technology, is a significant step in solving a longstanding problem for prison inmates who practice minority religions like Buddhism.

With the new program, the inmates can meet to practice together without a sponsor present, if they present a detailed plan for their weekly meetings to Chaplain Doug Duncan.

Though Duncan is too busy to sit with the men for two hours every week, he is able to use the chapel cameras to watch the meetings.  By keeping an eye on the camera monitor in his office, he is able to sit at his desk and get work done while the sangha meets.

The chaplain said the arrangement is working just fine. The men are well-behaved and are clearly benefiting from the meetings.

This is a big breakthrough for the men, who until this program started were only able to meet monthly, when one sponsor would arrive to lead the sitting group.

The problem facing Buddhist inmates at Clallam Bay Corrections Center has been that its remote location makes it hard to attract any volunteers. The prison is near the small town of Clallam Bay in the northwest corner of Washington State, situated right on the Strait of Juan de Fuca, a little over an hour west of Port Angeles.

Situated on top of the wooded hill overlooking the town, Clallam Bay Corrections Center is home to 850 of Washington’s male prisoners

State law allows inmates to hold group religious services, but only if there is a sponsor to chaperone the meeting. That sponsor must be a Department of Corrections (DOC) staff member or volunteer.

There is usually no shortage of volunteers for the more popular religions, but minority religions, such as Buddhism, struggle to find sponsorship.

The DOC prison chaplains will usually sponsor any group that does not have an outside volunteer, but since they are usually quite busy with all of their other duties, they don’t have a lot of time to devote to sponsorship.  This typically means that otherwise unsponsored groups will only get to meet once a month, for about an hour or two.

The Buddhist inmates at Clallam Bay have been lucky enough to have an outside sponsor, a solitary Buddhist practitioner from the region named Barney Munger.

Tall, energetic, and good-humored, Munger has long since retired from the 9-to-5 world, but he is anything but idle.  He fills his days working part-time for a local thrift store whose profits benefit abused and neglected people, mostly women and children, and he spends his nights playing banjo in a bluegrass band.

Once a month, on a Tuesday, Munger takes time from his busy schedule to make the half-hour bus ride from his home outside of Forks to the remote penitentiary in Clallam Bay.

As a solitary practitioner, Munger enjoys going to the corrections center for a chance to participate in a sangha, and to be a resource to the men on the inside.  The inmates enjoy his joy and energy, and are grateful that somebody comes to teach them and to practice with them in their remote corner of the world.  Their only wish has been that he could come more often, since once per month seemed so seldom.

The new video-monitoring arrangement was born out of a lot of planning on both sides, openness on the chaplain’s part, and positive behavior on the part of the men.

The weekly plan usually consists of meditation, followed by a dharma discussion.  From five to 10 men show up each week, and they really enjoy the opportunity to engage in group practice weekly.

The arrangement is especially helpful if someone has a scheduling conflict, and has to miss the monthly visit from Munger.

Now able to sit weekly, the Buddhist inmates at Clallam Bay Corrections Center are progressing in their practice, and finding more peace and equanimity in their daily lives.