Imagine, for a moment, that half the world’s enlightened wisdom had been hidden from view.

Of course women’s enlightened wisdom has always found a way to express itself, but historically it’s been a hidden voice, one that typically went unnamed, without title or credit.  Thankfully that is changing over time, and women’s teachings are being recognized and heeded.

In particular, Buddhist practitioners can be thankful for a new book, “The Hidden Lamp,” just published by Wisdom Publications in November, 2013.  This rich volume, edited by part-time Seattle resident Florence Caplow, and by Susan Moon, offers 100 stories and koans from 25 centuries of awakened women. 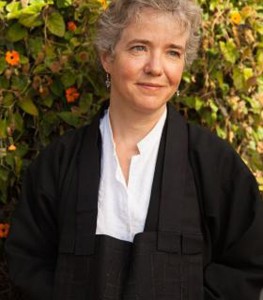 Paired with these rich offerings, 100 contemporary Buddhist women teachers from around the world, including 13 from the Pacific Northwest, have written reflections on these stories and koans.

Editor Zenshin Caplow is a Soto Zen priest in the Suzuki Roshi lineage. She is an itinerant monastic, generally found somewhere west of the Rocky Mountains, with a part-time home in the Seattle area. She, and co-editor Moon, have compiled this book to address what they called “an absence for both men and women within Buddhism: the invisibility of women ancestors and their wisdom.”

Below are the names of the 13 Northwest contributors, their local sanghas, and the titles of their koan reflections: 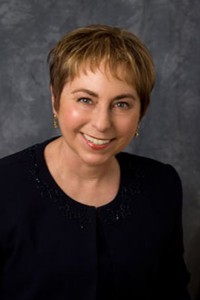 Editors Caplow and Moon have done a remarkable job of researching ancient texts to unearth this material.  In spite of being limited to working with texts in English translation, they were able to find more than 200 of them.

At the end of the book the editors have supplied an extensive bibliography, a list of sources and translations, a glossary, and background information. Caplow and Moon chose their offerings among stories and koans from different times, places, teachers and traditions.  The end result is a book that gives a full-bodied feminine voice to the teachings, which has been largely missing until now.

I have to admit that I wondered if they had difficulty finding 100 contemporary women teachers to write commentaries.  But, the editors were not only able to find many more than that, but they selected with an eye to diversity. This diversity included teaching traditions (Zen, Vipassana and Vajrayana), as well as ethnicities, racial backgrounds and sexual preferences, including nuns and laywomen from around the world.

Caplow and Moon were compelled to limit contributors to women writing in English, but nevertheless the comprehensive quality of the selections is significant.

“There is one significant way that the reflections in this book differ from the commentaries in traditional koan collections (besides the obvious difference of being written by women!),” the editors wrote. “Each contributor explores the question of how the story speaks to her in her own life and dharma practice, and this encourages us, the readers, to do the same.” 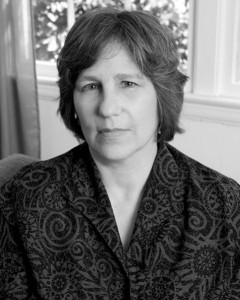 Regional contributor Jacqueline Mandell, who is founding teacher of Samden Ling and a Portland resident, said that creating her reflection on “Bhadda Kapilani and Mahakassapa,” from the 6th Century B.C., required research and spiritual practice.

So little is generally known about Bhadda Kapilani, or Mahakassapa, that Mandell had to thread together their lives from historical fragments.

Mandell sat in meditation with the available information, and wove together the women’s long-ago lives with her own understanding of their shared aspirations, their parallel paths of inquiry into the dharma.  Both of the women from long ago had witnessed the world’s misery at a young age, and both were profoundly impacted by their encounter with dukkha, the first noble truth of suffering.

In her reflection Mandell reflected on her own spiritual journey, traveling around the world and training with many teachers, in order to, as she wrote, “Walk the path of liberation from suffering, which is the fourth noble truth.”

Some of the stories in “The Hidden Lamp” are taken from modern women teachers who have passed on.  There is an important sense of continuity here, in seeing these 20th century teachers presented in company with Iron Grindstone Liu and the proverbial “old woman by the side of the road.”

Here, as an example, is one story in its entirety, called “Maylie Scott Meets Loneliness:”

Crying in despair, an earnest student asked her teacher, Seisho Maylie Scott, “I’ve worked so hard to transform this crippling loneliness.  I can neither shake it nor live with it.  Can you help me?” 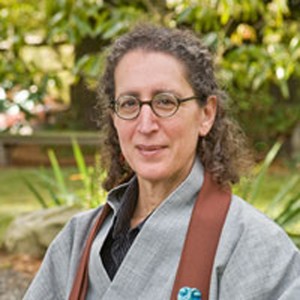 Holding the student in a steady gaze and offering her confident smile, Maylie ended the conversation with, “Please don’t ever think anything is out of place.”

One of the essential themes found in “The Hidden Lamp” is that of finding equanimity and enlightened wisdom in the midst of ordinary life, ordinary mind.  And from that place, women throughout time have lived and taught with a spacious joy for the benefit of all beings.

“Kongshi’s Bathhouse,” a story about  the 12th century Chinese enlightened woman, Kongshi Daoren, perfectly illustrates this point in a poem that she inscribed on the door to the bathhouse that she supervised:

Nothing exists, not even dirt, so why are you bathing?

Even a speck of dust—where would it come from?

Say something true and then you can enter the bath.

Here was a woman who had a deep aspiration to become a nun and yet, given the societal norms of the day, was not permitted to do so, first by her father, and then by her husband. When the latter died and her brother became her guardian, her intention to become a nun was yet again refused by him.

Sallie Jiko Tisdale, regional teacher and commentator for this koan, wrote, “When we suffer, our impulse is to blame.  We can look at Kongshi’s story as a tragedy—the familiar tale of a woman thwarted by men and society, constrained by someone else’s rules. But there is more to her story—and to mine, and yours—than what she was not allowed to do.”

When Kongshi’s brother died she was finally free to study with a teacher, but by then, felt no need to become ordained.  She said to her teacher, “I make the universe. I unmake the universe.”  She practiced independently, set up her bathhouse, and taught countless women the way of the dharma.

As a long-time student of koan practice, delving into cases presented in the Blue Cliff Record, the Wu-Men Kuan and Korean Zen, I found the presentation of koans here to be intimate but as challenging and provocative as the classic cases.

Editors Florence Caplow and Susan Moon will be traveling to Seattle for a public talk and book signing, Feb. 27, 2014, to be followed by a women’s retreat that weekend (led by Caplow and Moon at the[A1]  Blue Heron Zen Community).  Details about the talk and retreat will be listed on the NWDA website or you can contact Anita Feng for more information at anita@blueheronzen.org .

“The Hidden Lamp” can be purchased from Wisdom Publications or your local bookstore.