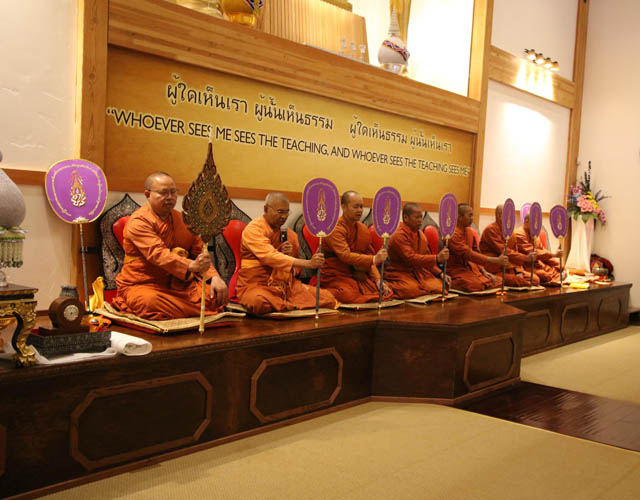 In June one of Washington state’s leading Thai Buddhist monasteries will host more than 300 monks from around the United States, the 42nd meeting of The Council of Thai Bhikkhus in the U.S.A. About 200 temples will send monks.

The event also will be the 20th anniversary of Atammayatarama Buddhist Monastery and Meditation Center, which is in Woodinville, Washington, a small town north of Seattle. The monks will meet June 21 through June 24. 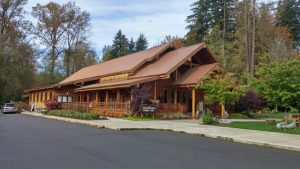 The main temple at Wat Atam, opened in 2008, is a combination of Thai and Northwest architecuture.

This is an important milestone for Atammayatarama monastery, and for Abbot Ajahn Ritthi. He has been a member of the council for 20 years, and this will be the first time the council has met in Washington state.

“The temple was started 20 years ago by the Thai and American Buddhist community, and they worked very hard to build the new meditation center,” he said. “Now we have room to host the council meeting and support their activities, so they can see this temple and what has been accomplished in spreading the dhamma.  We are happy to support the senior sangha who are coming from around the world.”

Since this council meeting has never been hosted before by Atammayatarama, much planning and fund raising is required. 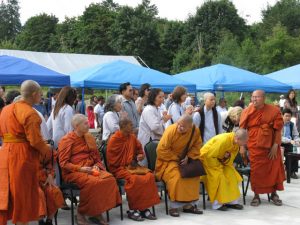 Hotel accommodations are needed for 318 monks. Organizers have contacted eight hotels, while some monks will stay in private homes.  Transportation to and from the temple is required.

Since the monastery meditation hall isn’t large enough to accommodate all the monks attending, organizers will need to set up tents where the monks can participate and watch on television. This is only a small sample of the planning required for this meeting.

The Council of Thai Bhikkhus in the U.S.A. was established in 1976 to maintain unity and uniformity of monastic life and practices of Thai Buddhist monks, given the different environments in United States.  The organization also helps monastics exchange knowledge and ideas, to better perform their Buddhist activities and their religious duties. 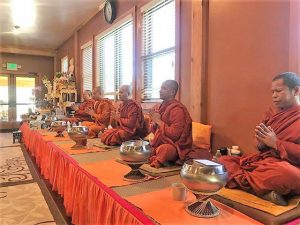 The council has been successful in helping with education, organizing world-related events, and solving monastic and temple issues.  Last year’s council meeting was held in Tampa, Florida.

About 500 monks living in the United States benefit from the council’s work.

Ajahn Ritthi in 1998 was asked to be the first abbot of Wat Atammayatarama Buddhist Monastery and Meditation Center, sometimes shortened to Wat Atam. He was living in Chicago at the time.

Ritthi lived in Seattle until 1999, when backers purchased a house on five acres in Woodinville, for the new monastery.

By 2001 the monastic sangha consisted of Ajahn Ritthi and three other monks.  Meditation was held at the house, and Sunday Service was held at the American Legion Hall in Shoreline, until the new meditation hall was completed in 2008.

Resident monks still live in the house, and all temple activities are held in the new building.

2
SHARES
Share
Posted Under: 2018, Sangha News, Spring
About the Author: Joseph Romero
Joseph Romero has practiced for eight years at Wat Atammayatarama, and currently serves on the board of directors.