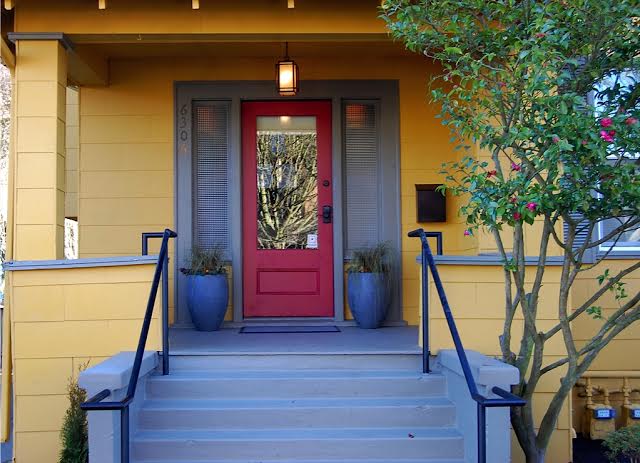 What started out as a recurring fantasy for clinical psychologist Dr. Neha Chawla is now the Seattle Mindfulness Center, which opened its doors Jan. 1.

Chawla’s vision was to create a cohesive, reliable and trustworthy place for people to turn to for secular mindfulness instruction, classes and mindfulness-informed therapy. 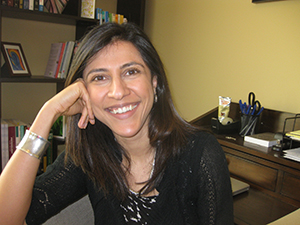 Dr. Neha Chawla, founder of the center, in her new office.

Newly remodeled, the building includes five therapist’s offices, a large waiting room, and a suite for a massage therapist or acupuncturist. It also provides a community sitting room for meditation, and for secular mindfulness-based classes.

Visitors, who packed a recent open house, shared in the excitement about the center.

Chawla said the group room, with a large window overlooking Seattle’s Green Lake, symbolizes the heart of the center’s mission. Several of the nine therapists who share offices there begin the noon hour most days with silent meditation together, and then share lunch afterward. This is also the room where classes and community sitting groups are being held. 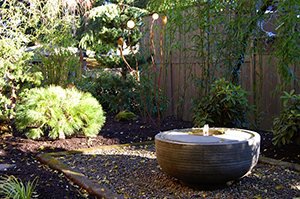 A fountain behind the new center is soothing for people visiting there.

The center’s mission is to offer high-quality treatment, training and education, which integrates mindfulness skills with psychotherapy and counseling. Despite the popularity of mindfulness, and the number of Seattle counselors and therapists who incorporate mindfulness into their work, there hasn’t been such a place before.

Center offerings include individual, couple, and family therapy; mindfulness-based classes; community meditation groups, and professional training. The therapists there practice independently in different specialty areas, but they collectively support the center’s mission through ethical action and by practicing meditation together. 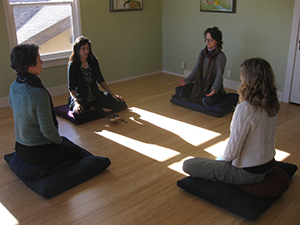 Several years ago, after a year of questioning her direction, Chawla left academia to build a private practice. But her dream of creating a center, which would house therapists’ offices and a community meditation space, persisted.

“The center began coming up in conversation as far back as eight or nine years ago,” she said in a recent interview in her new office at the center. “I remember being in a stuck place for months, and then I had this moment of, ‘Maybe I should just do it, maybe I should create the space and trust that it will come together.’ ”

Despite the tremendous amount of work to organize the center, and financial commitment required, the ease with which it has so far unfolded has only strengthened Chawla’s trust.

She bought the house after sending letters to different owners in the neighborhood, found an interested seller right away, then began renovations when the previous tenants’  leases were up at the end of August. Contractors started work the next day and finished in December, two weeks ahead of schedule. 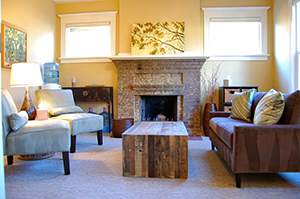 Her experience training people to facilitate Mindfulness-Based Relapse Reduction  has taught her that without an ongoing practice of their own, people can’t effectively teach mindfulness. This is because mindfulness is not based on a theoretical model, but rather on direct experience that a teacher references in guiding others.

With this in mind, she offered spaces only to therapists with a strong commitment to their own practices.

Chawla’s own experience with meditation practice began with a Buddhist psychology class and an intensive 10-day Vipassana retreat in 2003. 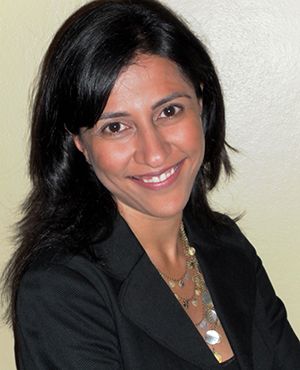 Although she dabbled in different traditions for a while, she has since practiced primarily in the insight meditation tradition and participated in several retreats at Insight Meditation Society in Barre, Mass., and at Cloud Mountain Retreat Center in Washington.

“This whole movement of the integration of meditation practice, Western psychology, science, and mental health work is its own tradition,” she said. “It’s its own new tradition that is really applicable to our culture and times, and is relevant for our day-to-day lives.”

Wise counsel has also supported her along the way. When Chawla and her colleagues were developing the Mindfulness-Based Relapse Prevention model, they called on Jon Kabat-Zinn, a leader in the secularization of mindfulness, to consult with them.

When raising the issue of whether only Buddhist teachers should be teaching mindfulness, he offered a response she has never forgotten: “Just do your work and let the dharma take care of itself.”

While so far all of the therapists at the center are women that’s not purposeful, but likely reflects the fact that the profession has a high proportion of women.

For any mental health clinicians seeking part-time space, there are still sublet opportunities available for people who fit the values and intentions of the center, and who maintain a regular meditation practice of their own.

The center’s website lists current offerings. These include a Tuesday night community sitting group for those wanting ongoing support for their practice, which will include basic mindfulness meditation instructions.

0
SHARES
Share
Posted Under: 2014, Dharma Healing, Arts, Featured On Home Page, Spring
About the Author: Mary Roy, MSW
Mary Roy, MSW, is a therapist in private practice at the Seattle Mindfulness Center. She has practiced in the insight meditation tradition since 1996.