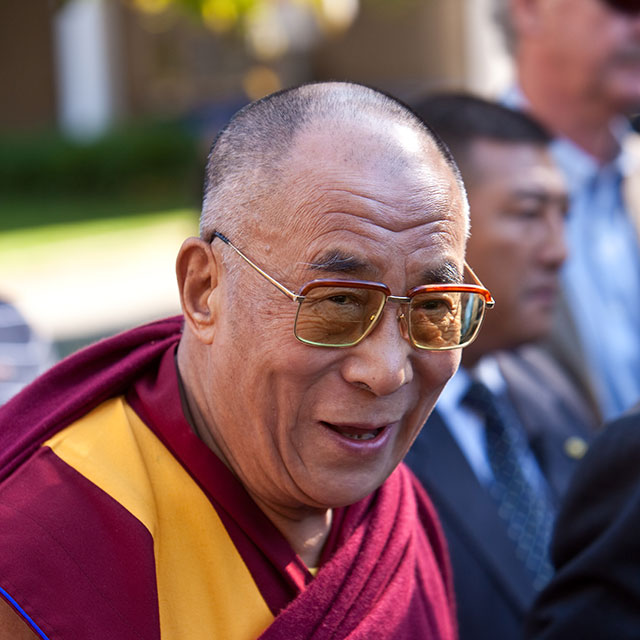 The Dalai Lama arriving at the Vancouver events, 2009.
Photos by: Wikimedia photos by Kris Krug

His Holiness the Dalai Lama will be returning to Vancouver, B.C., from Oct. 20 through 23 of this year, five years after his last visit there.

His Holiness also recently visited Portland, in 2013, for a program that focused on the environment, and climate change. 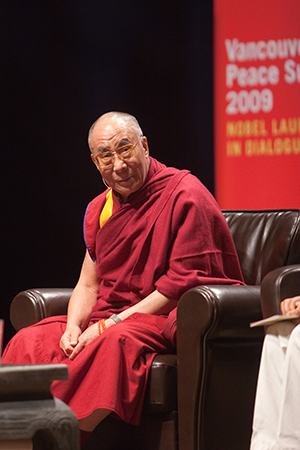 His Holiness emphasized “the need to foster empathy and altruism in children and youth,” according to Victor Chan.

Most of the fall visit to Vancouver will be educational programs sponsored by the Dalai Lama Center for Peace and Education, in Vancouver. Please check that site for updates.

According to that group’s website, the center “Educates the heart and fosters compassion through creative learning, facilitating and applying research, and connecting people and ideas.”

Here’s what Victor Chan, who co-founded Dalai Lama Center for Peace and Education in Vancouver, with the Dalai Lama, wrote about the upcoming 2014 visit:

“I first invited the Dalai Lama to Vancouver 10 years ago in 2004, when he had a ground-breaking dialogue with Archbishop Desmond Tutu, Shirin Ebadi and others on the importance of ‘educating the heart.’ He came again in 2006 and 2009 under the auspices of the Dalai Lama Center for Peace and Education.” 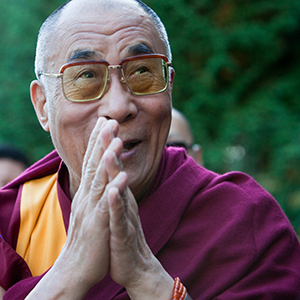 His Holiness the Dalai Lama, an embodiment of compassion.

“In both these visits he emphasized over and over again the need to foster empathy and altruism in children and youth. The ripple effect of his message has been significant. It catalyzed a paradigm shift in the way British Columbians view education, the need to balance cognitive development with kindness, mindfulness and compassion. In his coming visit to Vancouver, the Dalai Lama will elaborate further on what he means by ‘educating the heart’ and its effect on our collective well-being.”

The 2014 visit also will include some sort of public teaching according to Tenzin Guryme, president of the Tibetan Cultural Society of British Columbia. Please also check that site for details.

Please watch for the summer issue of Northwest Dharma News in June, because we plan to run a story with more information about the Dalai Lama’s visit.

0
SHARES
Share
Posted Under: 2014, Sangha News, Spring
About the Author: Steve Wilhelm
Steve Wilhelm is editor of Northwest Dharma News, and a former board president of Northwest Dharma Association. He practices with Seattle Insight Meditation Society and is a Local Dharma Leader there, serves as a board member of Tibetan Nuns Project.