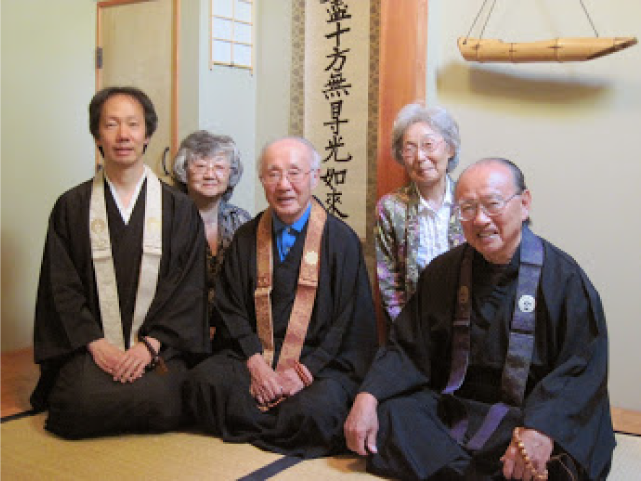 Buddhist and other leaders from around the region gathered in Seattle Feb. 7, to honor the passing of a pioneer in the development of Japanese Jodo Shinshu, a pure land tradition, in North America. 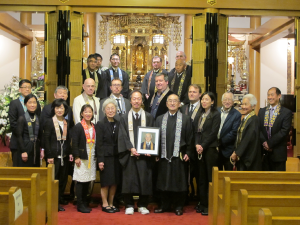 Friends, family and Buddhist colleagues gathered at the memorial service at Seattle Betsuin, on Feb. 7.

Rev. Taitetsu Unno, who lived in Oregon for the last years of his life after scholarly teaching and writing across the United States, was eulogized at the memorial service at Seattle Betsuin Buddhist Temple. He was 85.

Mark Unno gave offered some especially moving words of appreciation about his father, shifting between English and Japanese. 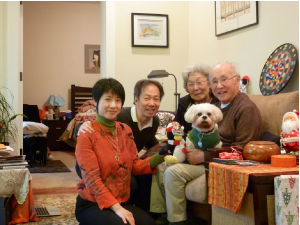 Celebrating Christmas, with the whole family.

Here are some excerpts from his talk:

“There is sadness, there are tears, but more than anything, I am overwhelmed with the presence of Amida Buddha’s great compassion filling my heart, my father’s heart, and our hearts beating as one.

“His earthly heart, his physical heart, exerted itself completely, squeezing every last drop of blood that would flow through his veins. Yet, his spiritual heart, his heart of great compassion,  continues to beat, completely one with mine, beat-by-beat, moment-by-moment. I feel that his heart and my heart are completely one, forever and ever and ever.”

In addition to his traditional role as a Jodo Shinshu priest, Rev. Taitetsu Unno was an important educator. For many years, he was department chair and the Jill Ker Conway Professor of World Religions at Smith College.

Seven years ago, he relocated from Massachusetts to be near his son Mark Unno, an associate professor at the University of Oregon in Eugene, who is also an ordained Shin priest. In fact, Taitetsu and Mark are 13th-generation and 14th-generation Shin priests, respectively. 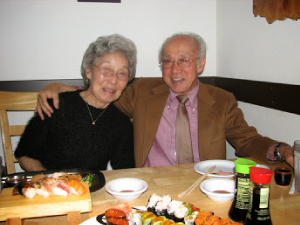 Alice Unno and Rev. Taitetsu Unno celebrate their anniversary in 2008, at a sushi restaurant.

Rev. Taitetsu Unno was affectionately known Rev. Ty. His most famous work is “River of Fire, River of Water,” which explains the place of the Japanese Pure Land tradition within the larger geography of Dharma practice.

You can read more of Rev. Unno’s very interesting biography in the obituary published in Tricycle magazine, and in the Wikipedia article on him.

Officiating at the service was Rev. Don Castro, the head minister of Seattle Betsuin. The event was chaired by Irene Goto Sensei, also a member. 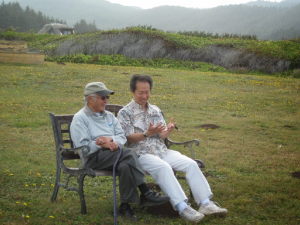 At SeaQuest Inn with son Mark Unno, who offered a eulogy during the memorial service.

A famous letter on death, “Epistle on White Ashes” by Rennyo Shonin, was read in Japanese by Rev. Koshin Ogui and in English by Rev. Jim Warrick. Rev. Castor gave a sermon, and the Seattle Betsuin Choir performed.

At the very end, Rev. Taitetsu Unno’s son just kept thanking us, and thanking everyone. It was a remarkable experience.

We in the Northwest have been honored by the presence and passing of such an important teacher here in our region. The celebration at Seattle Betsuin was a beautiful reminder of this.