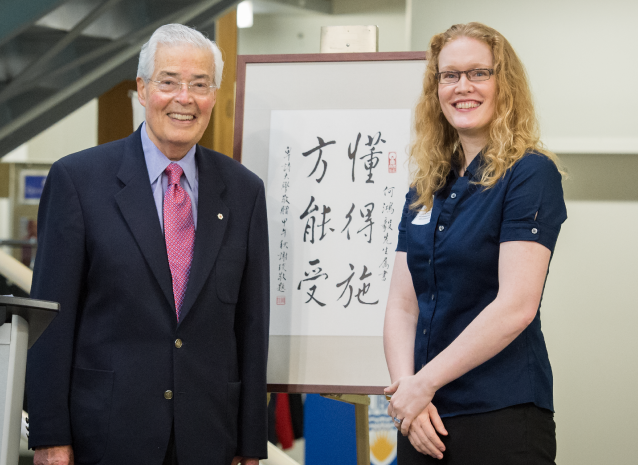 Robert Ho and Jessica Main, at the renaming ceremony for the program last year.
Photos by: Jessica Main, University of British Columbia.

With a new affiliation, Buddhist studies at the University of British Columbia (UBC) are evolving to better understand living Buddhism in the 21st Century.

The expanded direction was launched last October, when an existing program studying what is termed “Buddhism today,” was renamed “The Robert H. N. Ho Family Foundation Program in Buddhism and Contemporary Society.”

From 2005 until last October, the program had been backed by The Tung Lin Kok Yuen Canada Foundation, a Vancouver-based philanthropic organization that supports the study of Chinese culture and Buddhist philosophy.

With its new affiliation, the program joins a Hong Kong-based sister organization that supports the study of Chinese arts, culture, education, and Buddhist studies around the world. 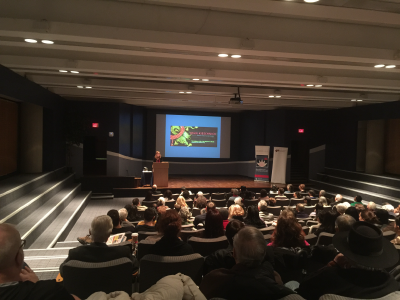 Jessica Main leading a large lecture on, “Buddhism today,” at the University of British Columbia.

“Contemporary Buddhist scholarship is increasingly engaging other disciplines that seek to consider a Buddhist perspective in meeting 21st-century challenges,” said foundation founder Robert Ho, in a statement. “Renaming this program helps our foundation better fulfill our mandate to expand the understanding, interpretation and application of Buddhist philosophy in contemporary scholarship and society.”

The program focuses on living Buddhism, and ways that contemporary Buddhist ideas, practices and communities impact global society. Through university courses, public events, and scholarly conferences, we work to create a venue for deepening awareness and tolerance among scholars, students, and members of the local community.

As director of the program, I am honored to add my voice to this ongoing analysis of living Buddhism. And to students, I am happy to offer my research on modern Buddhist social and institutional ethics to this focus on living Buddhism.

How I came to study modern Buddhism

I arrived at the study of modern Buddhism driven by a persistent curiosity about what it means to be a good person. How, I wondered, do Buddhists determine what is good, and how do they struggle to be good people?

My journey to the study of modern Buddhism began when this curiosity prompted me to leave a degree in industrial chemistry in order to pursue one in the humanities, where I studied the history of religion, as well as the culture and language of Japan.

It was while living in Japan as an undergraduate exchange student, that I encountered living Buddhism and Buddhists practicing every day. This included  seeing the neighboring temple priest on his scooter heading to perform a ritual  in Neyagawa-shi, or seeing the massive tourist temples like Kiyomizu-dera on my frequent daytrips to Kyoto, or a week of participant observation at a small Zen meditation hall in Kameoka-shi. 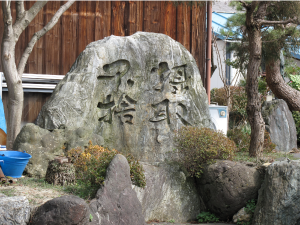 A stone, outside the home temple of Shin Buddhist priest and human rights activist, Asano Onchi, with with the phrase “grasped, never to be abandoned.” This refers to the way that the ordinary being will not be rejected by Amida’s compassion.

At that time, I was a student through and through, without even a hint of identifying as a “Buddhist.”

During this period I was struck by the differences between what I had learned about Buddhism in the classroom, and the living Buddhism I saw in society.

After I returned to Canada, it seemed natural to continue this encounter as a graduate student, and soon I was enrolled in a program in Asian religions at McGill University in Montreal.

There I began a course of academic Buddhist studies in what has become the traditional approach: I studied Sanskrit and Pāli, slowly learned to read, translate, and study the composition of texts in the earliest Buddhist canons, and delved deeply into the works of my scholarly ancestors.

I was drawn to Buddhist philosophy, especially (and unsurprisingly) ethics, and discovered a wealth of scholarly reflections on how to bring the wisdom of ancient canons into meaningful conversation with the ethical issues of the present day, such as human rights.

But here, it seemed to me, I came to a crossroads. In one direction lay a well-marked road, inviting me to further the study of Buddhist texts and the chance to strive for a respected kind of mastery. In the other direction there lay a barely discernible footpath, which led toward an as-yet undefined inquiry into what modern and living Buddhists thought about human rights and social issues.

I took the latter path, which is why my interests, and the new direction of the UBC Buddhist program, fit so well. The grand changes of direction in my life, from science to humanities, ancient to modern, scripture to popular text, and from secular student to scholar-practitioner, have served me well at UBC’s Robert H. N. Ho Family Foundation Program in Buddhism and Contemporary Society.

It did not take me long to realize after my arrival here at UBC that the program had been planted in fertile ground. The intellectual climate in which we at UBC teach and study has been shaped by the city’s geographical position at the edge of the Pacific Rim, the tides of migration from Asia, especially from Hong Kong, and the diligent efforts of many who sought to make the most of these opportunities.

In Vancouver, I have had the opportunity to engage with what has become my own Buddhist community, the Japanese Jodo Shinshu, or Shin Buddhist, school.

At the Vancouver Buddhist Temple, together with Canadians of Japanese, Chinese, and European descent, I chant the nenbutsu. Together with my companions, fellow practitioners, and dharma friends on this Pure Land way, I can do nothing but rely on the compassionate other power of Amida Buddha.

The back wall of the temple, with pictures of mentors and inspirational figures who were priests or civil rights activists–including Asano himself, right under the clock.

Although we at UBC sometimes take our location on the Pacific for granted, we should be mindful of the way it serves as a great gateway—one that opens in two directions. We present Canada to the world’s most dynamic economies, and we are positioned to welcome those who bring more precious cargo: vibrant cultural traditions and the stimulating ideas and practices that they contain.

Buddhism, and its traditions and ideas, now cross this threshold with ease: the dharma crosses this great ocean, in the hearts and minds of those who travel by sea and air, in the information that we share on paper and in digital form. This is a tremendous opportunity, to study Buddhism at the point where all of these currents collide and mingle.

Our program has made the most of the interest in Buddhism that Vancouver’s cultural and intellectual life has generated. Through courses, community events, and scholarly conferences offered by UBC, people from different walks of life have an opportunity to learn about living Buddhism, and to meet one another. The program is structured to serve three overlapping communities: students, citizens and scholars.

Citizens are invited to join students at our public events, which are tailored to present a diversity of perspectives. We explicitly invite both scholarly and popular speakers, whose expertise spans the many types of Buddhism, from many regions of the world. Speakers themselves are representative of living Buddhism itself: women and men, lay specialists and monks, meditation teachers and scientists, historians and activists. 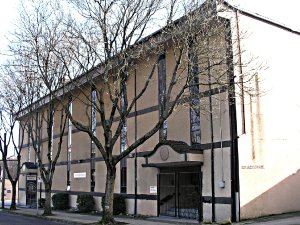 For students, exploring Buddhism as it lives today requires openness to its diversity, and to the different ways that practitioners and scholars analyze that diversity.

Courses supported by the program are guided by a principle of “methodological pluralism,” which refers to using a variety of approaches to studying Buddhist thought.

In the basic Introduction to Buddhism course, for example, students are exposed to techniques available in the humanities, social sciences, and sciences. I encourage them to approach living Buddhism in multiple ways, whether they choose to research monastic economies in Burma, modern lay associations in China, devotional practices in Tibet, or contemporary Buddhist art in Europe. The breadth of the aesthetic, historical, and ritual dimensions of Buddhism are available to them.

Students also are encouraged to explore modern developments in the philosophy, and in the practices of meditation. These include meditation’s effects on the brain, which today are being traced through the latest scientific imaging techniques.

The Robert H. N. Ho Family Foundation Program in Buddhism and Contemporary Society demonstrates that the goals of a liberal arts education, and the values of Buddhism, can coincide. Running throughout the program’s courses, public lectures and conferences, is the genuine desire of its participants to understand living Buddhism, and to do so in ways that are tolerant, thoughtful, and open to its diversity. I look forward to what its future will bring.

0
SHARES
Share
Posted Under: 2015, Dharma In Canada, Spring
About the Author: Jessica L. Main
About the author: Jessica L. Main is an assistant professor at the University of British Columbia, holding a joint appointment in the Department of Asian Studies and Institute of Asian Research. She directs the University of British Columbia’s Buddhism and Contemporary Society Program, and practices pure land Buddhism at the Vancouver Buddhist Temple.