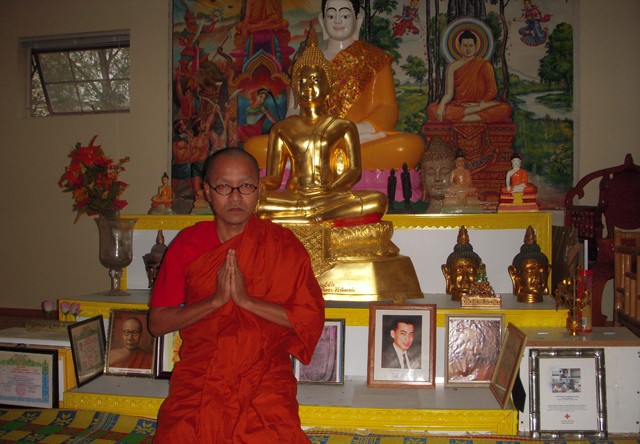 The wat, which is primarily supported by the Cambodian community, sits on three-quarters of an acre on a wooded hill down a secluded side street, seemingly far away from the rush of Seattle traffic.

The February 2010, fire was started by a malfunctioning furnace, and so damaged the interior of the temple’s main building that it could not be fully used until October of 2012.

But now that repairs have been made the temple is resuming full activities, and on April 14 celebrated the Cambodian New Year for the first time since the fire. The temple officially re-opened in October

“Now that all is fixed, more monks can come,” said Sovet Moun, acting abbot and the sole monk now at the temple.

The grounds include several other structures common to Cambodian temples, including a structure where the burial ashes of temple members are kept and honored.