The words “addiction treatment, “and “recovery,” conjure visions of doctors and AA meetings, structure and medicine — but not often spiritual growth.

Treatment centers tend to follow a set of Christian ethics or choose to ignore the concept of spiritual growth, leaving a large number of addicts unfulfilled.

After all, spirituality — however one chooses to define it — is a vital part of recovery from drug and alcohol addiction. Even non-religious folk can benefit from incorporating such practices as meditation and mindfulness into their treatment.

Despite having core beliefs that align notably well with the concepts of recovery, the Buddhist community is too often unacknowledged or underrepresented in this realm. Luckily for us, the Northwest region boasts a generous handful of Buddhist recovery groups flying quietly under the radar — all you have to do is a bit of searching. 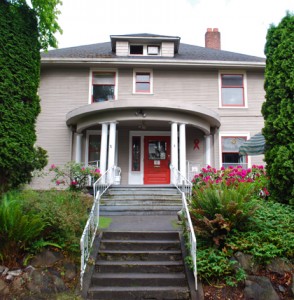 “People ask me, ‘Buddhism and recovery, what does that mean? Are you recovering from being a Buddhist?’” Debra Greenfield laughs, simulating the looks of incredulity she regularly encounters when mentioning her work.

Greenfield runs a Buddhist recovery group in the Capitol Hill neighborhood of Seattle, as well as a site dedicated to spreading the word about such groups: Northwest Buddhist Recovery. The two projects were born out of a passion for meditation, and a growing understanding of its effectiveness as an addiction recovery tool.

“Most of the resources that are out there for people when they start looking for recovery are Christian-based,” Greenfield explained. “Even though Alcoholics Anonymous says that you are free to use a god of your understanding, Buddhists find that when they go to AA meetings, they are uncomfortable. Some meetings really latch onto that Christian-based dogma.”

“I realized that I had really big aspirations for Buddhism and recovery in Seattle,” she said. “I kept seeing things and questioning, ‘Why isn’t someone doing this?’ And it kept coming around to, ‘Well, why am I not doing this?’”

Greenfield set out to organize her own meetings, the first of which saw between 12 and 20 members weekly. It became clear that Northwesterners wanted Buddhist recovery — they just weren’t sure what it was. 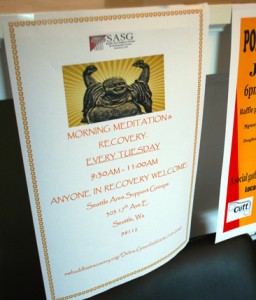 A poster welcomes people to a daily morning meditation.

Buddhist recovery differs from other recovery philosophies in one very important way: an emphasis on mindfulness. Walk into any Buddhist recovery meeting and you are likely to find a strikingly diverse group perching not in plastic chairs, but cross-legged on the floor; eyes closed, mouths resting slightly open, breathing softly through their noses. They’re savoring a shared moment, a welcomed stillness from the erratic pulse of addiction.

Meditation calms the addicted mind. It invites the individual to hone in on the present moment, a luxury rarely enjoyed by those inflicted by a disease that has them constantly fretting over when they’ll get their next “fix.” By acknowledging the present as an ever-changing, living reality, meditation gently reminds us of the power of now. For someone who is struggling with an addiction, that reminder can be incredibly empowering.

“Having a meditation practice, even one that feels hard and awkward, enables being able to see more clearly and to better concentrate,” said Carrie (not her real name), a Seattleite who leads a weekly meeting in the University District called Mindful Recovery. “This makes everything, including recovery, go a little smoother.”

Research supports meditation’s addiction-healing properties as well: in a recent study by the University of Washington Department of Psychology, 168 addicted adults who had recently completed “regular” treatment, were randomly enrolled in either a “Treatment As Usual” program or an eight-week outpatient group focusing on mindfulness.

Those who participated in the mindfulness-based program exhibited significantly lower rates of post-intervention substance use and cravings, compared to those who received regular treatment. According to the study, those who were taught mindfulness grew to excel in “acceptance and acting with awareness.” 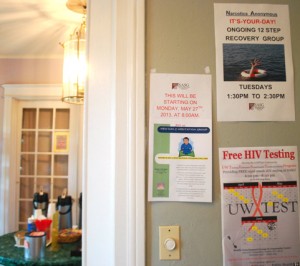 Treatment based on mindfulness practice blends harmoniously with other treatment modalities, such as 12-step groups.

When Greenfield stepped down from her facilitator role to assist in creating a solid foundation of Buddhist recovery groups in the Northwest region, her first step was outlining a set of guidelines. What characteristics would a recovery support group need, to be considered Buddhist?

“You have to sit together, number one,” she said. “Discuss Buddhist philosophy, whether from a spiritual or scientific standpoint. And lastly, practice mindful listening. If you do those three things, we consider you a Buddhist recovery group, and you’re welcome to be supported by us on our website.”

While each group under the Northwest Buddhist Recovery umbrella shares these basic qualities, they maintain the freedom to experiment and develop their own practices.

“Each facilitator brings their own background,” Greenfield said, her passion for diversity tangible. “I’m Theravada Buddhist. There’s a Wednesday meeting that’s sponsored by the Shambhala Buddhists. A group we’ve connected with in Olympia are Zen Buddhist.

Some focus on meditation at their meetings; I focus on loving kindness. There’s a Sunday group that teaches meditation for recovery, but they insist that they are not Buddhist — and that’s okay, because it works for them.”

So What About Buddha? 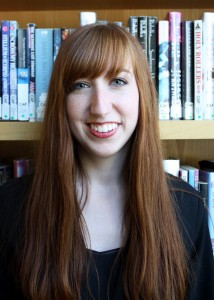 Author Adrienne Hurst emphasizes the mind-body connection, in her work helping others with addiction.

In its essence, addiction is the very antithesis of Buddhism. The addict succumbs to physical and psychological cravings in order to achieve a sense of normalcy that the disease has taken away from them. For someone deep in the throes of addiction, avoiding suffering requires constant control.

Their “nirvana” is a false state that is constantly chased after but never achieved, a sense of temporary relief that can only be found in their next fix.

Buddhist teachings guide addicts towards freeing that urgent desire for control through mindfulness, acceptance, and loving kindness. They encourage the development of a deep and honest self-love, without which addiction cannot fully be conquered.

Dharma teachings work to minimize obsession on an all-encompassing level. This, Buddhist recovery facilitators believe, is what traditional groups lack.

“How we differ from some groups is that we neither wish to obsess with using nor obsess with not using,” Carrie explains. “Instead, we wish to change our relationship with obsessive thoughts in such a way that we recognize them for what they are, and are able to make healthy choices instead of reacting. By having a more mindful life, we are less pulled to our addictions naturally.”

7
SHARES
Share
Posted Under: 2013, Compassionate Action, Summer
About the Author: Adrienne Hurst
Adrienne Hurst graduated from the University of Washington with a degree in English (creative writing). Her work in the field of addiction can be found at the All Treament website, where she focuses on educating others about harm reduction, addiction stigmas, and the mind-body connection.
alltreatment.com
Photographs: Adrienne Hurst