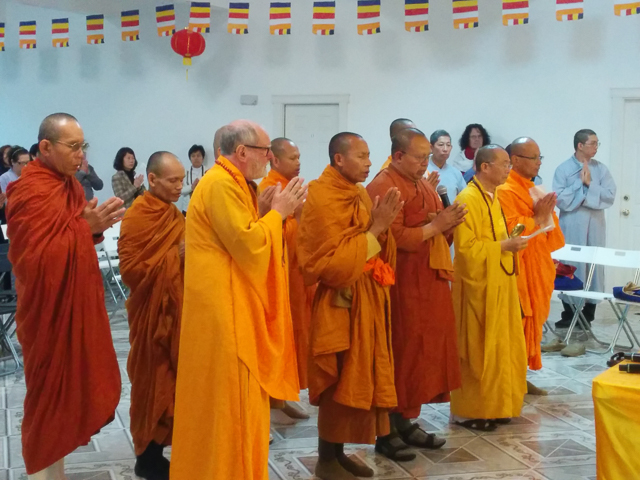 Monks, teachers, and practitioners from many Buddhist traditions gathered at Seattle’s Duoc Su Buddhist Cultural Center on May 28, to celebrate Vesakha, the birthday and enlightenment of the Buddha Shakyamuni. 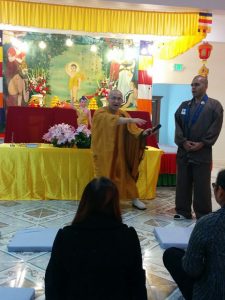 The afternoon-long event was preceded by a community lunch provided by the members of Chua Duoc Su.

The ceremony itself began with an opening procession, taking of refuge, and reminders of the precepts. Then the sounds of Thai, Vietnamese, Tibetan, and Japanese melodies and chanting filled the air, as members of each participating temple took turns.

Head monks from the participating temples each gave brief remarks about the significance of Vesakha and how compassion manifests in their daily lives.

Imanaka Taijo Sensei, from the Seattle Koyasan Temple, said that in old Japan one knew the social and cultural norms, and following them was simple. 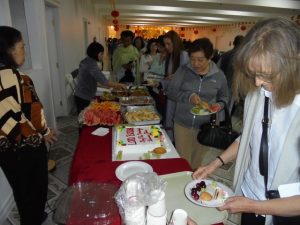 People line up for wonderful snacks after the ceremonies.

But now in the modern world, when Buddhists from around the globe are mixing side-by-side, Taijo said we can no longer judge people strictly by their customs and behavior. We need to learn something about the ways other people view and do things, and reach inside our hearts to find the understanding and compassion that is universal to all of us.

The day closed with the entire audience taking part in a candle ceremony symbolizing the light of the Buddha’s awakening, followed by sharing of merit and a delightful social gathering.

In 2017, in the months leading up to the next Vesakha ceremonies, the Northwest Dharma Association will be organizing a series of dialogues between ethnic and convert Buddhist groups, to explore the challenges and joys of cross-cultural understanding and cooperation. 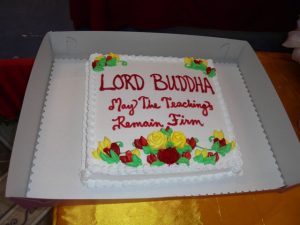 0
SHARES
Share
Posted Under: 2016, NWDA News, Summer
About the Author: George Draffan
George Draffan is executive director of the Northwest Dharma Association. He visits as many temples as he can, and has learned something in each and every one.