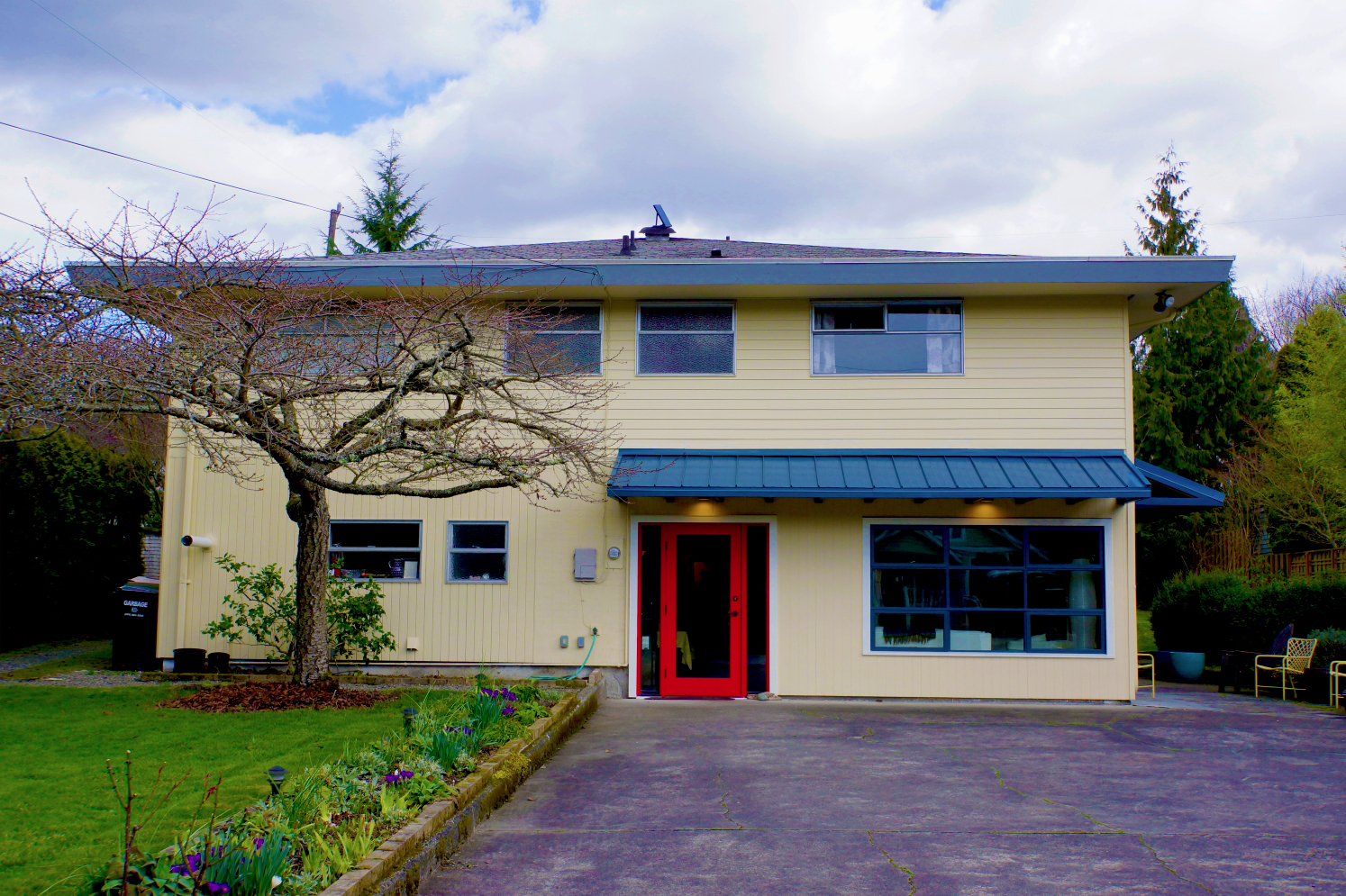 Seattle Shambhala is now able to operate in the Madison Valley neighborhood of Seattle.

Last fall, when Shambhala Meditation Center of Seattle finally was granted a building permit, was the last step in a long and remarkable journey to full legal status.

We now are able to operate as a religious institution in the residential Madison Valley neighborhood, about two miles east of downtown Seattle. Shambhala Center is a dharma center in the Tibetan Buddhist and Shambhala lineages. 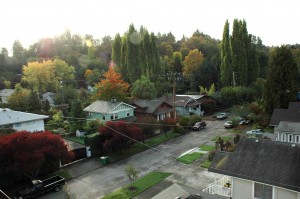 An aerial view of the Shambhala property and the adjacent neighbors.

When we purchased our home in 2003, we had no idea what complications lay ahead.  It turned out that buying a former home does not automatically allow a group to use it as a religious institution.  Various zoning regulations apply.

We worked hard to stay on good terms with our immediate neighbors, and they continue to support us.  We have avoided parking in front of their houses, and have kept the noise down at night.   But another neighbor believed we were unlawfully stuffing yet another institution into a neighborhood that was already full: Three existing schools are within two blocks of the Shambhala center.

When a complaint was filed by a neighbor who lives a few blocks from us, we started on a steep learning curve about Seattle zoning, and land-use rules and regulations.

Preparations for a meeting with the Seattle Department of Planning and Development required intense effort.  We even rented a “cherry-picker” crane, to take photos showing how we were buffered from neighors by a ring of trees. We assembled our documentation, and we sent a delegation to present it. 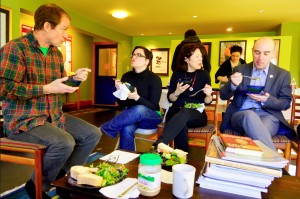 Lunchtime during a weekend program.

Fortunately for us the first decision was in our favor, but came with restrictions. We could not use the center for publicly-advertised events more than three weekends per month, and only for five evenings each week.

Still, it was a victory for us.  Perhaps the positive outcome came from the fact that our evening and weekend activities did not conflict with school drop-offs and pickups.  Perhaps it was from our quiet nature.  And perhaps it was the closure of one of the schools.  Certainly, the unanimous support of our immediate neighbors was a huge help.

But we soon found that this was just step one.  And we learned not to be swayed, as the challenges continued.

The decision was appealed to an ombudsman within the planning department, and again, we were approved. 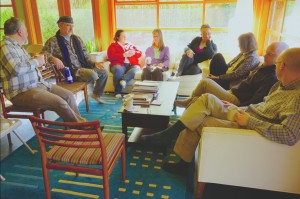 Post-meditation discussion on a Sunday morning.

But then our opponents appealed the issue to Superior Court of King County, and we had to hire a land-use attorney to present our case. But our position was sound and again, we were approved.

The final step was about to occur: the challenge was taken to the Washington Court of Appeals.  But the rules were a little different now.  Whoever lost had to pay for the legal fees of the opposing side.

We counted down to the date of appeal.  Just days beforehand, we received a letter from the challenger offering to settle out of court. But their terms were so highly restrictive that we could not accept them.

Finally, the appeal was withdrawn and we were over the formal legal hurdles.  But then the building permit phase kicked in.  As an institution of public assembly, we needed to bring our building up to current building code standards, in everything from proper exiting to earthquake retrofits. 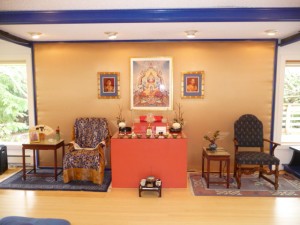 Our sangha rose to the challenge, donating for the costs and providing labor.  Building inspections occurred along the way, and we received our final inspection in the fall of 2012.

We proudly framed the permit and it now hangs on our wall.  At long last we are completely legal and able to fully focus on the dharma, without being diverted by our land-use status. It was a tough journey, but one that built community and camaraderie along the way.

Our quiet location, ringed by trees, has been a source of steady growth for our membership and programs.

After learning and practicing at this location for 10 years, we are now starting to consider expansion possibilities, including renting a second space to augment the center’s current home.

The truth of impermanence is a motivation for further expansion of the dharma here in Seattle.

0
SHARES
Share
Posted Under: 2013, Sangha News, Spring
About the Author: Alan Ness
Alan Ness is a long-time member and instructor of Shambhala Buddhism. He moved to Seattle in 1986 and resides in Wallingford.Photographers: Mike Meyer, Scotia MacKay, Alan Ness