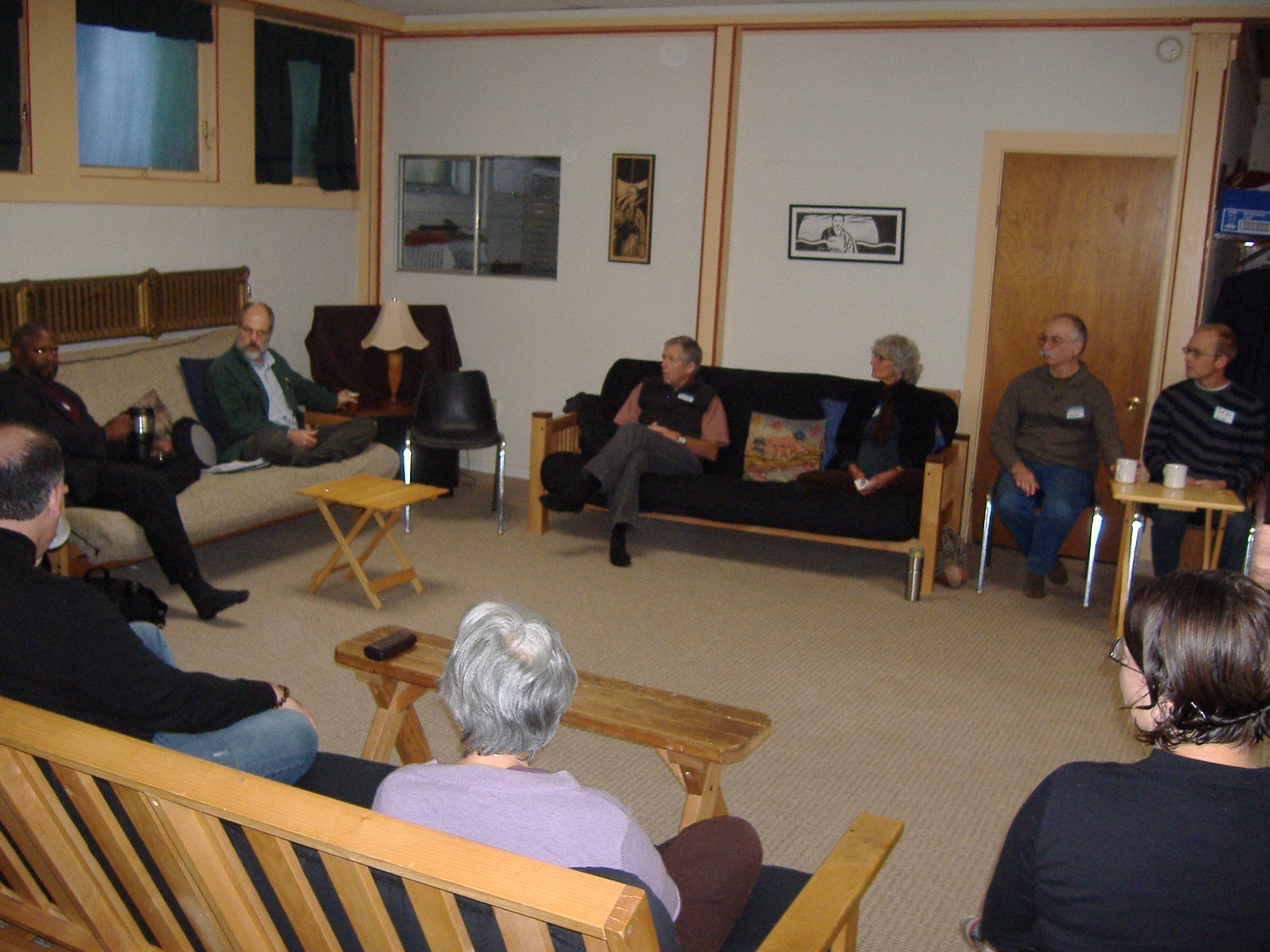 At the same time we moved forward, with one of the most exciting developments the upgrading of the online “Northwest Dharma News,” which we publish four times a year, into a new and more contemporary format. The new version is less costly to produce, more interesting and readable graphically, and more user-friendly and searchable.

Thanks go to to Stephen Schildbach, our erstwhile webmaster and the talent behind the production of the News, and Steve Wilhelm, our News editor, and former board president.

The theme of the 2012 Annual Gathering, held on the campus of Seattle University on March 17, was “Buddhist Practice and Social Transformation.”

The day-long event featured a diverse group of Buddhist teachers and practitioners who commented on the relationship between dharma practice and social change. At the end of the day, attendees participated in small break-out groups to share their views on the topic. The gathering generated a great deal of thoughtful discussion, and there were many comments on how useful the day had been.

The ninth Annual Teachers Meeting was held on the first Saturday in October at Dharma Rain Zen Center in Portland.  Thirteen teachers from all areas of Oregon and Washington came to discuss common needs and issues, and to give tips and recommendations to those just beginning their roles as teachers.

One of the topics we discussed was the need for teachers to have retreats for themselves. Frances Goldman, of Buddha Jewel Monastery and Back To True Nature – IBC TV Foundation, recommended we develop an annual program through which teachers from various traditions would each take turns leading retreats, where all the visiting teachers would act as new students and experience a retreat in that particular Buddhist tradition. Those attending agreed such a program would benefit everyone, and would help teachers develop a better understanding of the practices of differing traditions.

Financially, 2012 was a challenging year for Northwest Dharma Association. The recession caught up with us, as was the case with many non-profits, and donations were down significantly from 2011. Our 2012 expenses exceeded our revenue by $8,539.

In spite of this, however, we were able to keep up with our usual level of activity. But in order to do so, we had to draw from surplus funds we had earned in previous years.

In response the 2013 budget, passed by the Northwest Dharma Association Board of Directors last October, decreased expenses significantly. The position of executive director was eliminated and replaced by the role of administrator at half the cost, the expenditures for outreach activities were eliminated, and the decision was made to vacate the Seattle office.

These cost reductions equal just over $8,000. Timothy O’Brien will remain on staff as the administrator.

The board recognizes that fund-raising challenges remain, and will be addressing the long-term structural and economic health of the association in 2013.