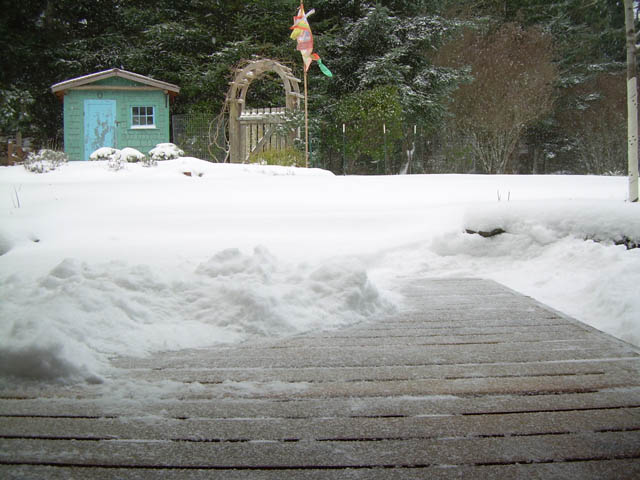 Curiosity abounds about three-year retreat, from within the ranks of Tibetan Buddhism, and from without.

People in this largely secular society of ours often don’t know how to respond when hearing, so unexpectedly, that I lived for more than three years as a Buddhist hermit. I sometimes follow with a bit of humor to break the awkward silence, or offer just earnest explanation. More often than not it’s better to leave the subject unsaid, I’ve found. 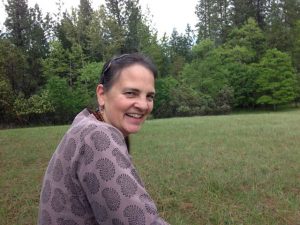 Among Tibetan Buddhist practitioners, however, the topic elicits interest and a guaranteed conversation. Many people have mulled over the question of whether or not this is the route for them. Three-year retreat has been held out as a potent portal to the holy grail of enlightenment, and for many years it also held that allure for me.

But for years I was far too engaged in my work with Dza Kilung Rinpoche, a lama from east Tibet, whom I had met in India in the mid-1990s and later brought to Seattle.

First we started Kilung Foundation to raise funds for rebuilding the Nyingma monastery, which Rinpoche directs in the Tibetan region of Kham. Later we started a sangha, Pema Kilaya, and both organizations expanded.

The foundation added multiple humanitarian projects in Rinpoche’s homeland, while his Buddhist teachings and students spread far beyond the Pacific Northwest. Eventually we moved our headquarters to Whidbey Island, northwest of Seattle. 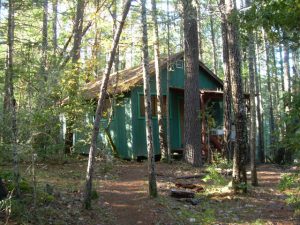 My hands were full, over-full in fact. But with more sangha members to help, I began considering that it was time for me to take a break, and to step into serious personal practice. For 15 years I had not only been engaged full-time in Dharma organizing, but simultaneously was taking a very specific kind of training known as “serving the lama.” I had come to see it as understudying, in a way.

Now it seemed the best route to augment this was to go deep into the life of a hermit in traditional Vajrayana form: three years, three months, and three days.

But to accomplish such a retreat I had to surmount a few hurdles: There was no retreat center; I was to be the sole retreatant; and I didn’t have large savings.

Normally a group of three-year retreatants stays together in a cloistered setting, especially for an initial retreat.

But my retreat would be the orbiting, slightly-wandering kind. My retreat “hut” was eventually in five different locations, and I relocated eight times. Most locations were in unoccupied houses of friends and relatives, and also at an isolated retreat center in the Siskiyou Mountains of southwest Oregon. 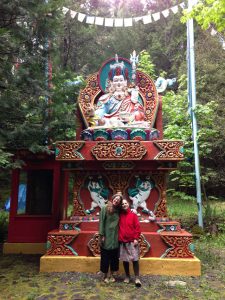 With two friends, one a visiting Dharma sister, the other a rather large Guru Rinpoche, in the mountains of the Siskiyous, second year of retreat.

Mine was basically a solo retreat. But to ward off the risks of too much isolation, I stayed in regular phone contact with a confidante, with my family to some degree, and with my retreat helpers—friends—who brought weekly supplies. And of course there were retreat consultations with Kilung Rinpoche.

A few times one or another of my sangha friends also came by for a few days of parallel retreat with me. And then the contact tapered off over time.

All of this made for a somewhat unusual retreat, though not unheard of in Tibet. The point was to stay in balance, to encourage development, while going not too fast with the danger of being thrown off the rails—in a number of ways. And secondly, to find a way to do this kind of retreat without the infrastructure of a retreat center. I thought of this as in particularly American “can-do” terms: Anything is possible—just figure it out. So we did.

I began the retreat in the fall of 2011 and ended in the spring of 2015. Afterward more retreat was wished for, so I went back for an additional nine months ending a year ago, the fall of 2016.

According to a promise I made to some family members, this will be the end of long retreats for this lifetime. I think it’s enough. Even as the experience is still unfolding, it’s time to rejoin society and to share the perspective of all these years—of the understudy and the hermit.

Here I offer a taste of my retreat, written at the one-year point:

What did I do on retreat? I watched the earth turn.

I watched the cycles of sunrise and sunset,

the pre-dawn lightening of grey to subtle colors, then ungreying, 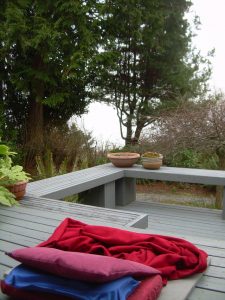 I watched the intensifying midnight blue,

Vajrakilaya’s anthem, before the dark black of night.

I watched Jupiter’s rise as the Evening Star,

tiny spot of light flanked by suggestions of moons,

every day a little higher in the sky when sun’s blaze had faded.

from one elongated meditation moment to the next.

of all my life.

I watched Orion’s starry points lay down and get up, again and again,

as he travelled through the dark velvet of winter sky. 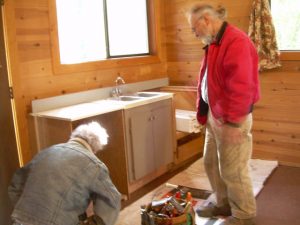 Two kind friends, Bruce and Brent, who drove down from Washington to install a kitchen in the Oregon cabin.

I watched the clouds move on the wind, going north all day,

going south the next.

delighting my mind, or surprising, or mystifying, sometimes knowing.

I watched the tide rise and fall, covering, revealing.

Coming in, the sea a river relentlessly filling up.

Where is it all going?

Then going out, emptying into the unfathomable ocean,

cycling on the moon. 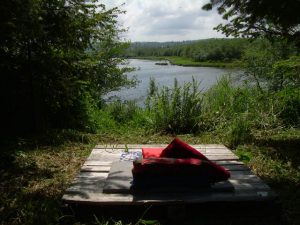 Wallapa River as object of meditation

The seagulls with seagull habits. Eagles with eagle habits.

I watched the grass say, “Green!” so loudly,

Post-retreat I’m teaching meditation in Seattle. The classes are based on Kilung Rinpoche’s new book, “The Relaxed Mind: A Seven-Step Method for Deepening Meditation Practice,” published by Shambhala.

One ongoing class I’m teaching is in Seattle’s University District, on Wednesday evenings. We’re staying with each of the various meditations for several sessions. The class is intended for people who would like to add to their meditation experience and learning, or for those who simply enjoy the energy created through group meditation.

A second class at East West Bookshop in Seattle has a different flavor, covering one style of meditation each week this fall, in a six-week series on Tuesday evenings. Both classes are fine to drop into at any point.

38
SHARES
Share
Posted Under: 2017, Dharma Education, Fall
About the Author: Diane Berger
Diane Berger has been a practitioner of Vajrayana Buddhism in the Dzogchen Longchen-Nyingtik lineage since 1989. After co-founding and managing the Kilung Foundation and Pema Kilaya Sangha for 15 years, she undertook four and a half years of solo retreat. She’s currently working on a memoir about her retreat experience, teaching meditation, and advising others about their personal dharma practice.