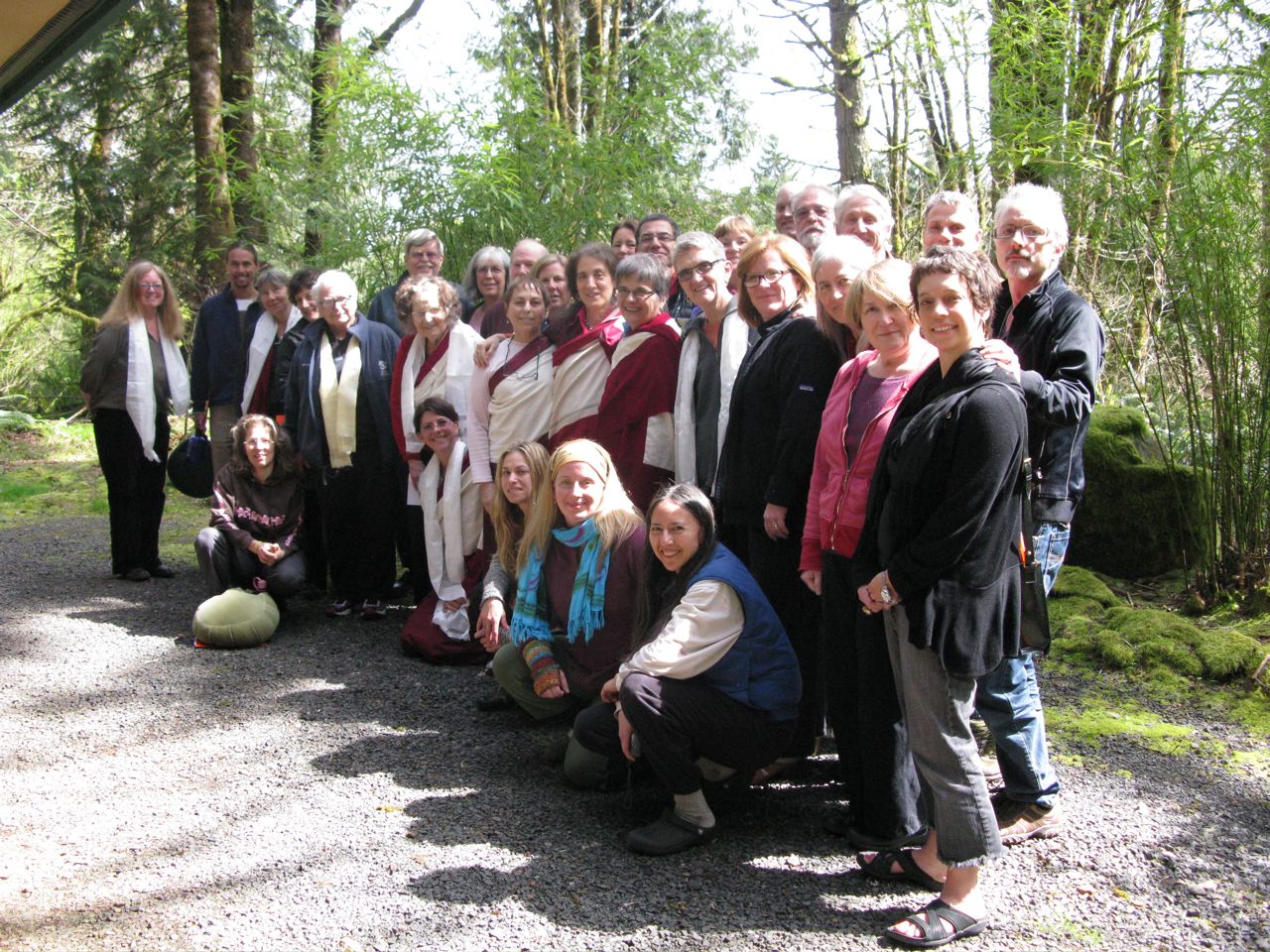 Twelve years after it was founded, Samden Ling is taking a new step by offering weekly Monday night meditations, practices and teachings. The teachings will be offered by Jacqueline Mandell, who founded the center in the year 2000 at the request of Tibetan lama Adzom Rinpoche. She will start offering the new program on July 2, at 8125 SE Pine St. in Portland.

The intention is to bring the open freedom we all seek via meditation and positive cultivation of mind. The program is intended to facilitate a better understanding of the tools and techniques of Buddhism, in a clear manner tailored for our life and times.

Each Monday will be designed as its own segment, to encourage anyone to easily enter the meditation teachings at any time. For those attending weekly, each segment will build logically upon the previous class. 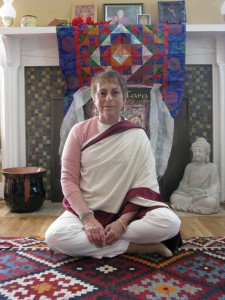 To accommodate modern life, anyone will be able to catch up due to the new design of the class, based on the integration of meditation into daily life. The progressed series of meditation practices and teachings will be both traditional and contemporary, to meet today’s tight schedules.

Samden Ling offers a clearly defined step-by-step approach to meditation and spiritual training. Cultivating loving intention and awareness in sitting meditation may be training enough for those who would like to experience balance, harmony and buoyancy. For those called to connect to more traditional spiritual practices, there is the introduction and step-by-step cultivation of the Longchen Nyingthig Ngondro, a popular spiritual path in Tibet.

Intended for not only beginners, but for people from all traditions, the terminology, instructions and guidance are clearly spelled out and discussed. The traditional practices of the Longchen Nyingthig are practiced all over Tibet in various traditions and are quite well known. Adzom Rinpoche predicted, without knowing the term ‘Pacific Northwest,’ that the Longchen Nyingthig teachings would become strong here.

Mandell is the resident teacher at Samden. After many years of teaching meditation, in 1996 Mandell went on an invited pilgrimage to Tibet following in the footsteps of legendary masters Longchen Rabjam, Jigme Lingpa, Padmasambhava and Yeshe Tsogyal. Led by her friend Rigzin Drolma, also known as Professor of Religious Studies Anne Carolyn Klein of Rice University, Mandell had the opportunity for a deep introduction to the holy sites of Central Tibet.

One late afternoon, just after crossing the Yarlung Tsangpo River to Samye Monastery, the group headed up a dried-up riverbed on an open-air truck to camp just below a well-known place of spiritual practice, Samye Chimpuk. On the truck were Tibetan people going farther up the mountain to a small monastery to hear teachings.

The next morning those on the pilgrimage went up the hill to pay respects to the important caves and places where both Longchen Rabjam and Jigme Lingpa had practiced. At the monastery the small group of Westerners was introduced to the teacher, Adzom Rinpoche.

A doctor there had written a short biography in English, indicating that Adzom Rinpoche was the incarnation of Jigme Lingpa, a noted principal on our pilgrimage.

When teachings were requested from Rinpoche, he would offer to either teach the whole group together, or each one individually. For several days each person received mind-to-mind training from this Dzogchen master. 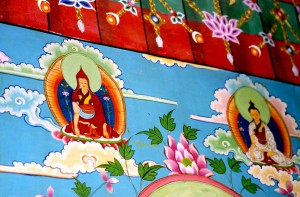 Dzogchen practices are traditionally given only to those who complete the foundational practices called ngondro. These practices clear away obstacles and develop an open kindness of mind, along with a developed connection to the teachers of this ancient tradition. In 2003 Adzom Rinpoche asked Mandell to teach the Longchen Nyingthig Ngondro.

To illuminate these practices and make them relevant to daily life, Mandell has recently created a multi-step approach: establishing a compassionate aspiration for enlightenment, connecting to the sources of Buddhist refuge, taking refuge via body, speech and mind, physically training in the yogic exercise known as prostrations, offering of generosity in a symbolic and tangible way, and receiving spiritual blessings through the methods of guru yoga.

Samden Ling began as a group of practitioners from around the Pacific Northwest, who wanted to follow the teachings of two legendary Tibetan masters.

Longchen Rabjam lived from 1308 to 1363, and his name translates as “master of infinite realization.” He received teachings and transmissions of all the lineages of Buddhist teachings present in Tibet, and all the streams of Dzogpa Chenpo transmissions converged in him.

Jigme Lingpa, who lived from 1730 to 1798, had an illuminated realization of all of the teachings of Longchen Rabjam during a retreat at Chimpu, in Tibet.

Rinpoche initially named the group Longchen Nyingthig Samden Hla Kang, but then shortened it to Samden Ling, which was translated in Portland by Jeffrey Hopkins as, “Sanctuary for Meditative Contemplation.”

This April Samden Ling sponsored a visit by Rigzin Drolma, or Anne Carolyn Klein, to the Pacific Northwest to host a weekend retreat at Cloud Mountain entitled, “Seven Spiritual Trainings of Longchenpa: Profound Practices for Calm and Serenity.”

During the retreat, 36 practitioners received clearly explained guidance in focusing and opening awareness, to ready the mind for receiving mind-to-mind transmissions. Many attended this type of retreat for the first time. There was a feeling of harmony as some of the sessions were in noble silence, and other meal times offered the opportunity to get to know one another.

Samden Ling is committed to making the most ancient traditions of Tibetan Buddhism accessible, comprehensible and relevant for today’s life. A recently condensed version of the Longchen Nyingthig Ngondro makes the practice accessible for today’s busy schedules. Adzom Rinpoche, upon hearing of the obstacles of ‘time commitments,’ compacted the text so that every word is packed with meaning, yet takes less time to complete.

0
SHARES
Share
Posted Under: 2012, Sangha News, Summer
About the Author: Jacqueline Mandell
Jacqueline Mandell is a founding teacher of Samden Ling. She is trained and authorized in several Buddhist systems, and has practiced and taught meditation most of her adult life. Mandell serves on the board of directors for Northwest Dharma Association.