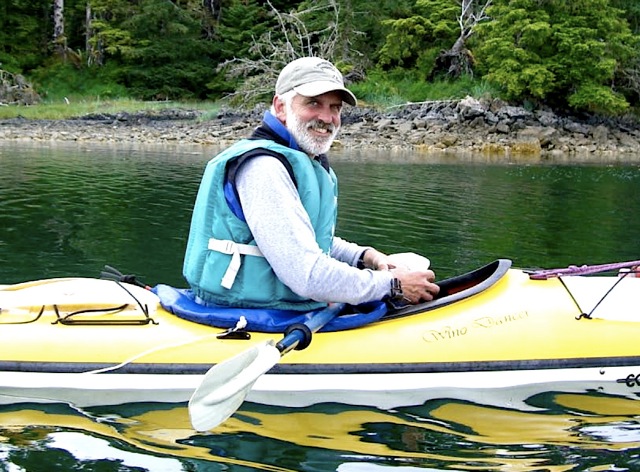 Roger is a former Navy Seal with a booming voice, a swagger, and a tendency to dominate conversations. He also has Post Traumatic Stress Disorder (PTSD).

When panic attacks set in, during periods of mindfulness meditation in our Mindfulness-Based Stress Reduction class, at the huge Seattle VA Medical Center on Seattle’s Beacon Hill, it is all Roger (not his real name) can do to keep from bolting from the room. I can see the intensity of his emotion at such times written on his face and body. Sometimes he has to stand up and walk over by the wall to gather his wits.

Roger is one of several hundred veterans who have participated in our eight-week Mindfulness-Based Stress Reduction classes (usually shortened to MBSR), at the hospital.

The weekly classes were started in 2007 by myself and Dr. David Kearney, a physician at the hospital, after we met during one of the meditation-based kayaking trips I lead. The techniques we use are based on the stress-reduction techniques developed by Jon Kabat-Zinn at the University of Massachusetts Medical Center, which are in turn rooted in the practice of “mindfulness,” or vipassana (insight meditation), one of the foundational practices in the Theravadan tradition of Buddhism. 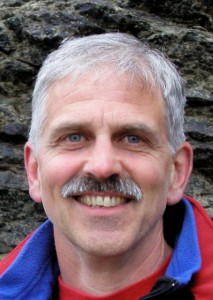 All this matters for veterans like Roger because many of them emerge from their military service with deep psychological traumas, from what they saw and what they did while serving in Iraq, Afghanistan, or Vietnam, that don’t easily heal themselves.

Plagued by inner pain, some turn to addictive substances for relief but that doesn’t ultimately help. Others may take drugs prescribed by physicians, but these don’t really heal these veterans’ inner suffering.

Boiled down to its essentials, and freed from its traditional Buddhist ritual scaffolding, mindfulness is the foundational practice of observing, without judgment, the arising and passing of moment-to-moment thoughts and experience. This seemingly simple practice can transform veterans’ relationships with their post-traumatic stress.

The discovery that they have a pivotal role to play in the creation and management of their own pain is revelatory for some veterans, who may previously have viewed themselves as passive recipients of health care. Meditation may not make their pain go away. But it can radically change the way they relate to that pain, and the responsibility they are willing to take in working with it.

Suffering, after all, is a strong motivator for practice. And suffering is written all over the lives of many vets. Because their motivation is strong, they bring a certain gusto to this process of cultivating mindfulness, and are quick to pick up on the crucial difference between reacting and responding to pain and stress, a central understanding they develop through the practice.

Stress reduction offers a compelling gateway into these teachings for non-Buddhists. By seeing for themselves, in the context of mindfulness practice, how they create and amplify their stress through unrecognized habits of reactivity – normally lost beneath the radar of conscious awareness – these veterans can begin to bring these habits into a non-judging awareness. They can learn to craft more constructive and skillful responses to the stressors they encounter in their lives. 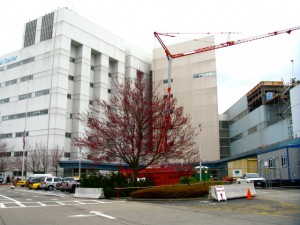 Like so many vets, Roger has guts. He’s firm in his determination to stick this out, no matter what. He comes to every class, and he has a realistic sense of what he’s up against. His PTSD has cost him dearly in his personal life. Roger’s main adversary is himself, and he knows it. That’s a big step forward right there, in his making friends with this “enemy” that lives inside him.

Antonio, another veteran, (also not his real name) is a Hispanic-American man in his early 30s, the father of two young sons. During a military training mission some years ago he inhaled toxic gases that permanently damaged his lungs. It is painful for him simply to breath, which means he is in pain all the time. There is almost no physical activity he can do without running into that wall of pain.

Yet Antonio drives several hours each way to come to his weekly MBSR class, and he is slowly learning to turn toward the things he can do, and obsess less about the many things he can’t. His relationship with his young sons has improved dramatically as he learns to give them his full attention when he is with them. Now they’re the ones holding his feet to the fire on his mindfulness practices.

“Have you done your body scan yet today, dad?” They say. “Can we do it with you?”

Roger and Antonio are typical of the vets who participate in these classes. Many are referred to the program by their doctors or by mental health counselors. But just as many come through the urging of their fellow vets who have taken the program already, and are now its strongest boosters.

When Dr. Kearney and I met with our first group of vets at the VA hospital in 2007, I wondered if I could overcome my longstanding aversion to military culture. I wondered if I would be able to connect with this group as a non-vet. I wondered if they could handle the regular periods of silent meditation that form the heart of the MBSR program.

I also doubted whether any of these vets would have ever crossed the threshold of a conventional Buddhist meditation center, were they not suffering as they were, with no other obvious solution.

In the room were people one seldom sees in a typical America Buddhist sangha: African Americans, Hispanics, Native Americans, fundamentalist Christians, right-wing Republicans, many with little or no higher education. Many expressed open skepticism about what they were doing there. Some had come, frankly, because they were desperate enough to try anything in their quest for relief from their physical pain or PTSD. For some, this was the last stop in a medical system that had run out of options to give them. 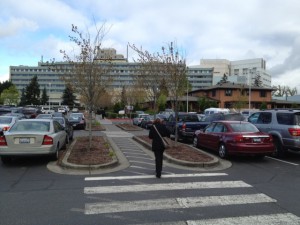 Most of the vets in our program don’t know that what they are learning is rooted in ancient Buddhist practices, and my experience is that it doesn’t matter that they don’t know. What matters is that they experience for themselves actual relief from their suffering, by opening to the practice of non-judging awareness in a systematic and disciplined way.

By becoming more intimate with the workings of the mind around pain and aversion, they learn to take control of their own responses to the inevitability of pain in their lives. And remarkably, many of them do embrace the practices, becoming serious meditators who still would never enter the door of a traditional Buddhist training center.

And that’s fine by me. I have developed enormous respect for the courage, fortitude and inventiveness of these veterans, especially once they have crossed the threshold into regular practice, and begun to make it their own.

Many of these vets travel several hours each way from the farthest point of Western Washington, and even Eastern Washington, to participate in these weekly MBSR classes. What began as an unexpected experiment in the basement of the VA Hospital in Seattle, has become a center of genuine community, and a remarkable opportunity to share and deepen my own dharma practice.

For information on the Stress Reduction Program, and the Center for Mindfulness in Medicine, Health Care & Society, go to: www.umassmed.edu/cfm/stress/index.aspx

For information on the MBSR Program at the VA Hospital in Seattle, go to: www.pugetsound.va.gov/services/mindfulness.asp

0
SHARES
Share
Posted Under: 2012, Compassionate Action, Summer
About the Author: Kurt Hoelting
Kurt Hoelting is a wilderness guide, Zen practitioner and mindfulness teacher. He has taught Mindfulness-Based Stress Reduction at the Seattle VA Medical Center for the past five years. Hoelting is the author of “The Circumference of Home: One Man's Yearlong Quest for a Radically Local Life.”