The sixth Parliament of the World’s Religions is the latest in a series of important gatherings.
Photos by: Janice Tufte

Several Northwest Buddhist women leaders have been preparing to attend the Parliament of the World’s Religions, the sixth such gathering since 1893.

This year, the parliament was to convene an unprecedented women’s assembly, during what is considered the world’s largest interfaith summit. While few women presented at past parliaments, this parliament has been expected to attract a record number of women presenting, and leading initiatives. 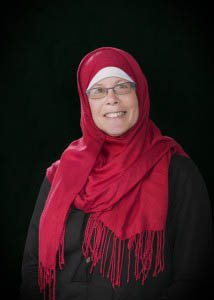 Janice Tufte, one of the women going.

The audience of women has been growing, and this year is expected to rise to 60 percent of the total.

Reverend Guo Cheen, founder of Seattle’s Compassion Network, and several women from other religions, planned an official pre-parliament event for women for the afternoon of September 19, at St. Patrick’s Church in Seattle. Anyone interested in attending was to contact the Compassion Network at thecompassionnetwork@gmail.com, or call 253-886-6251 before the event.

Then on Sept. 27, a Northwest Dharma Association Mahasangha panel exploring unique and shared perspectives on what Buddhism means, was to convene at 2 p.m. at Atammayatarama Buddhist Monastery in Woodinville.

This panel, “A Spectrum of Buddhist Traditions from One Northwest Corner,” was to be led by Tim Tapping, president of Northwest Dharma Association; Ajahn Ritthi, abbot of Atammayatarama Buddhist Monastery; Sister Teiko, Boundless Way priestess and leader of Buddhist services at Joint Base Lewis McChord; Mark Jones, Rimé teacher and CEO of the Sunyata Group, and Reverend Guo Cheen with The Compassion Network and Buddhist Center. 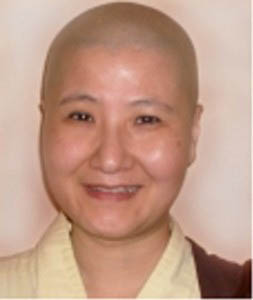 The local Mahasangha discussion is a prelude to the five presenters’ session at the Parliament of the World’s Religions.

At the World’s Fair in Chicago in 1893, where the first gathering of world faiths convened, Buddhist history in America allegedly began with the arrival of authoritative Buddhist teachers from the East. These were most notably Shuku Soyen and D.T. Suzuki.

To Buddhists who attended past parliaments, Buddhism appears a model minority on the world stage of faiths. Mindfulness, meditation, and His Holiness the Dalai Lama have been everywhere quoted or referred to as sources.

In the face of humanity’s onslaught of crises, learning from very different Buddhist traditions offers possible dharma solutions through dialogue, and may be an important step as Buddhist teachings migrate east to west.

As the global village shrinks, faith traditions are increasingly acknowledging the value of diversity.