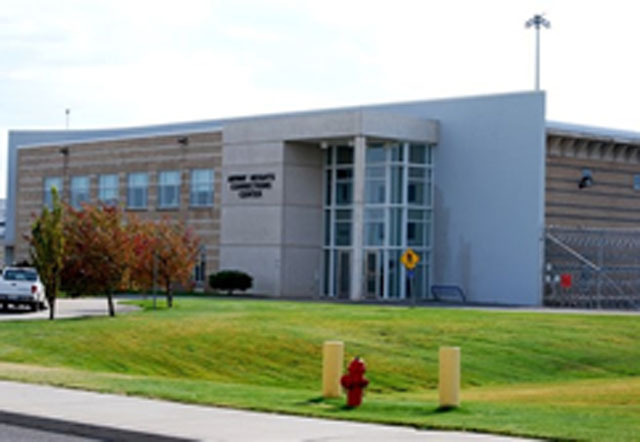 At Airway Heights Corrections Center, a Washington State prison outside Spokane, an inmate who had studied ballet as a boy got up in front of his peers, and a chapel full of guests and relatives, and danced to the sounds of ancient Buddhist chants.

Judy Patterson, the long-time Buddhist volunteer at Airway Heights, said she had never experienced a moment quite like it.

“No one in that restless, crowded room stirred,“ she said. “It was evanescent, in the same way spiritual experience is.”

The  June feast day proceeded with dharma talks by Patterson and Rowan Conrad, a Zen teacher from Missoula, Mont., who tries to attend this event yearly and has often led retreats for the men at at Airway Heights. 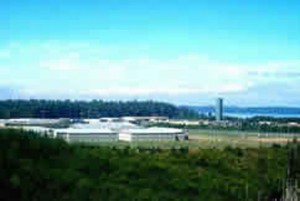 The Stafford Creek Correctional Center event attracted guests from around the state.

Within the Washington State Department of Corrections, policy allows Buddhists and other religious groups to celebrate one special holiday each year. Christians usually choose Christmas or Easter, and people from other traditions choose days unique to them. These are times when special food can be ordered, and relatives and guests from the outside can be welcomed and entertained by the inmates.

“The men really look forward to these events and there’s a lot of sincerity and dedication that go into them,“ said Jeff Sharishi Miles, an active Buddhist volunteer. “The result is an inspiring mix of dharma and sangha, both put into practice.”

Around Washington, Buddhist inmate groups celebrated their tradition in a variety of ways during 2013.

At Coyote Ridge Correction Center, north of Richland, Wash., the theme of the May 18 gathering was attachment. Presiding were Chris Murray, leader of Tri-Cities Vipassana, and Thay Kobai Whitney of Trout Lake Abbey.

The ceremony including a bathing-the-Buddha ceremony, and a water blessing for those attending. Former long-time volunteer Colleen Allender gave the main dharma talk, on attachment. Special food was served, and a mandala made of colored rice was put together—and destroyed—on the same afternoon. This, a Tibetan ceremonial expression of impermanence, has caught on as a feature of these events, since such a mandala was first created at the Washington State Penitentiary at Walla Walla, Wash., more than a decade ago.

Miles described some of the other Buddha Days within the Washington Department of Corrections. 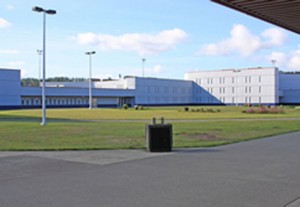 At Clallam Bay Corrections Center inmates heard a talk on compassion, during their Buddha Day, in May.

For instance inmates at Stafford Creek Correctional Center, outside Aberdeen, had their event in June. This event included outside guests who volunteer in other prisons around the state, or who are active in nearby sanghas, including Mikel Swayze and Sonja Aikens from Walla Walla, and Jean-Luc Devis and Maitri Sojourner from Open Gate Zen Center in Olympia.

The SCCC event was the one I attended that had the greatest turn-out of inmate family and friends,” Miles said.

Regular volunteers Barney Munger and Mary Meyer helped organize the Clallam Bay Correction Center Buddha Day last May along with Chaplain Doug Duncan, who has supported and encouraged the Buddhist group for many years.

Thay Kobai Whitney gave some special meditation instruction and a dharma talk on compassion at the prison, which is west of Port Angeles, Wash. During and after the special meal, inmate musicians entertained the attendees.

“Six inmates attended, with regular volunteers Lenny Reed and myself, as well as Chaplain Gary Wakeman. We offered meditation instruction, had lunch and then did more meditation,” he said. “It was low-key, yet very encouraging, to see a sangha  coming alive again at the camp.”

That event included eight inmates but not family and was supported by Greg Garringer, the supervising chaplain at Washington Correction Center, and Kunzang, a teacher in the Tibetan tradition and a long-time Shelton volunteer.

0
SHARES
Share
Posted Under: 2013, Fall, Prison Dharma
About the Author: Thay Kobai Whitney
Thay Kobai Whitney is author of "Sitting Inside: Buddhist Practice in American Prisons.“ He is spiritual director of Plum Mountain Refuge in Aberdeen, Wash., and a monk in community at Trout Lake Abbey in Trout Lake, Wash.