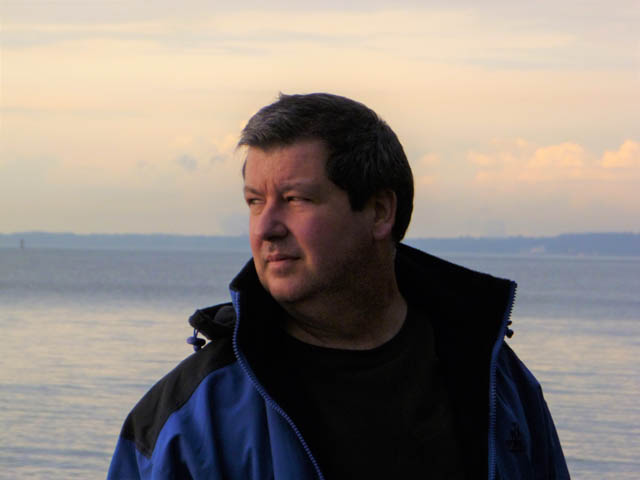 Contributor Jason Wirth, here visiting the Pacific coast, is a professor of philosophy at Seattle University, and also leads the EcoSangha there.
Photos by: Elizabeth Mountain, Elizabeth Sikes, Wisdom Publications

The Northwest Zen Community recently compiled a book on Sōtō Zen principles called “Engaging Dōgen’s Zen.” We believe the book, published by Wisdom Publications, will have a significant impact and value for Zen practitioners at all levels. 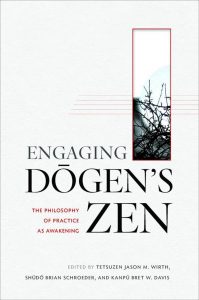 Northwest Zen Community, also known as Eishoji Sōtō Zen Temple, operates in Seattle and in Bellevue, a city to the east of Seattle.

Eihei Dōgen was a 13th-century Japanese priest, writer and poet, who founded the Sōtō school of Zen.

The book is also a study of the entire self. In it the principles of Sōtō Zen practice are unpacked and explained by leading contemporary Buddhists from the living tradition—monks, priests, academics, and community teachers.

The authors tackle Dōgen’s approach to key issues including the preeminence of shikantaza (just sitting), universal Buddha nature, and what it means to be a Mahāyāna Buddhist. Through this the contributors help Zen practitioners, and any who are trying to deepen their lives, to better appreciate the teachings of Sōtō Zen and to learn how to make these teachings part of their lives. 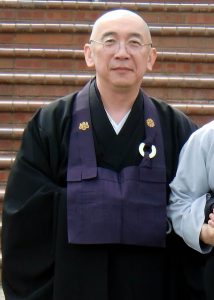 Book signings and promotions were planned for March and April in several bookstores in the Seattle area. The book also is available through Amazon in several formats, directly from Wisdom Publications, or from the Northwest Zen Community. All profits go to Eishoji Temple.

The authors who collaborated on this book, one of whom is based in Seattle, are prominent professors of philosophy at several top universities and also Dōgen scholars.   The book has long been the dream of Rev. Kosho Itagaki, teacher and head priest of Eishoji. The project took five years to complete.

Here are the four lead authors:

Rev. Kosho Kimpu Itagaki is abbot of Eishoji Temple and spiritual leader of the Northwest Zen Community. Trained as a Zen priest in Japan, Itagaki previously was resident minister of the Sōtō Zen Temple in Kauai. 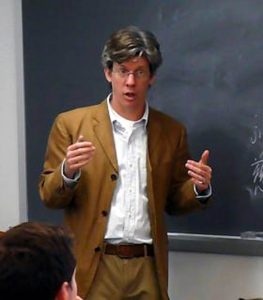 Kanpu Bret Davis is professor of philosophy at Loyola University in Maryland, and leads the Zen group there.

Shudo Brian Schroeder is a priest in the Sōtō Zen lineage of Yashiki Chijo, who is abbot of Yokoji (Ishikawa Prefecture, Japan). Schroeder also is professor of philosophy and director of religious studies at the Rochester Institute of Technology.

The book has drawn some very positive reviews.

Shohaku Okumura, author of “Realizing Genjokoan,” called it a “wonderful collection of essays inquiring into the meaning of Dōgen’s teaching and practice in the 21st century, written by a number of sincere practitioner-scholars engaged in an examination of Shushogi and Fukanzazengi. I recommend this book to all Zen practitioners and all people who are interested in Buddhism and spirituality presently and in the future.” 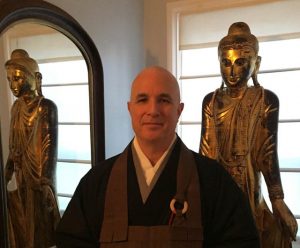 Shudo Brian Schroeder is a Zen priest, and also director of religious studies at the Rochester Institute of Technology

The Northwest Zen Community, which includes several ordained priests as well as lay members, consists of Eishoji Temple, the Bellevue Zen Center, Seattle Zen Center , EcoSangha, and Esishoji-East in Boston.
The Sōtō Zen practice of Shikentaza is based on the teachings of founder Eihei Dōgen, sometimes called Dōgen Zenji. We are an interfaith community of individuals who come together to “face the self,” through this life-affirming practice. 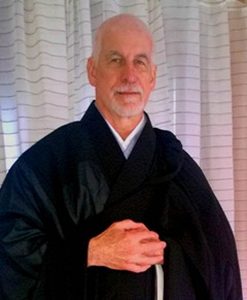 Kakuzen Carl Mountain is a novice Zen priest, and operating director of the Northwest Zen Community

Although we remain flexible and open to these challenges, we also believe it is important to maintain continuity with, and deep respect for, the Sōtō Zen tradition in Japan. We want to have our feet securely in both worlds: the demands and culture of our time, as well as the venerable institutions and practices of Sōtō Zen in Japan.