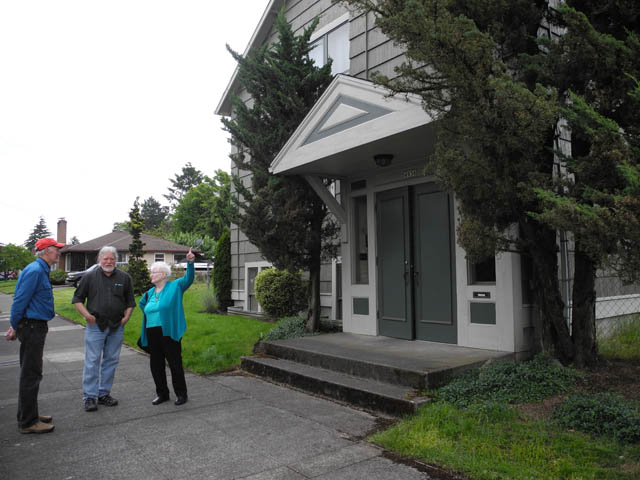 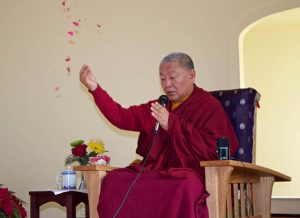 Ringu Tulku offering blessing for the new center. His visit fortuitously coincided with finalizing the purchase.

A member’s dog gets some of the credit.

The Tibetan Buddhist group, also known as KCC, purchased the Northeast Portland church in December, and is now renovating it. The work should be done in May

This is a major milestone of KCC aspiration and activity over two decades. In the late ‘90s the teachers and community at KCC determined we had outgrown the cozy house purchased back in 1981, five years after KCC’s founding by Kalu Rinpoche. But accomplishing the task of replacing it, took more than 20 years.

After Lama Michael Conklin arrived in 1993 the community steadily grew to about 100 active participants. Yet only about 50 people could squeeze into the house, and that only with wall-to-wall cushions and a high tolerance for sitting knee-to-knee. 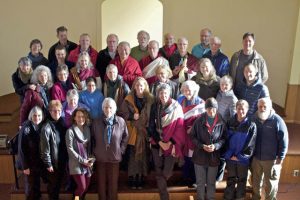 Ringu Tulku with the KCC Sangha, during the blessing ceremony.

Why did it take so long to get a new center? Less obvious, but perhaps more significant, is the question of how was it possible to sustain the effort over what is almost a generation.

The short answer to the first question is that the teachers and community decided to establish a center for extended meditation retreat, before accommodating urban growth.

We concluded that without future teachers who could provide guidance based on personal experience, the center might grow for some time but eventually would lose vitality. Since extended meditation retreat plays a central role in the Kagyu lineage, providing an opportunity for this kind of training would be key to fostering future generations of teachers. This process of developing a retreat tradition would take time, so we decided to begin there. 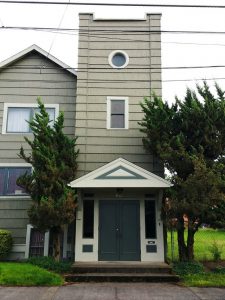 Throughout this phase KCC has been guided by a vision formalized in 1998, which included an urban center and a place for long retreat. Along the way KCC has been fortunate to retain a core of leaders who could pass on the vision as people came and went, and who could maintain momentum through the ups and downs.

Indispensable has been the role of magnetic teachers like Bokar Rinpoche, who provided encouragement, inspiration and guidance. But progress over decades has primarily depended on the persistence of rather ordinary people, who remained ready to take advantage of opportunities and to do the mundane work behind the scenes.

The dog did it

Here’s where the dog comes in.

Two years ago a committee was tasked with finding a new center, but after searching methodically for almost two years that group had turned up nothing suitable nor affordable.

But then a center member was walking his dog last March, and paused in front of a church to chat with a neighbor. Inquiring about the church he found the owner might be interested in selling, if the current congregation did not buy it at the end of their lease in October. 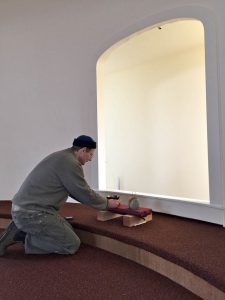 The owner agreed to let us see the church, and we soon arrived at a consensus that the building suited us more than all the other buildings that we had considered.  It was affordable, seemed to be in reasonable condition, and felt decidedly comfortable; neither too grand nor too plain, neither too “churchy” nor too mundane.

While we waited we kept an eye out for other options. But nothing else came up, and at the beginning of December 2016 we took possession of a new home for KCC.

Our “new” center, built in 1936, is about 5,500 square feet and is located in Northeast Portland only 10 minutes or so by car from the current center. It is typical of many older churches with a large main space up a flight of steps and a balcony level.

A flexible basement space will allow for sangha gatherings and a modestly-expanded children’s program. The building can serve our current active sangha with room for some growth. The lot is large enough to permit future building additions, and to allow outdoor activities such as a play area for children.

The most compelling features of the main space are the high ceiling and a semi-circular stage area with a half dome ceiling. An arched opening at the back of the altar area glows with natural light from windows behind, and cries out for a life-sized Buddha statue. Serendipity has not yet brought such a Buddha to us, but perhaps there is one out there waiting for such a home. 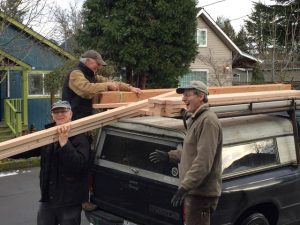 The most significant change to the main space will be to reduce the size of the “stage” area, and create a lower platform for teaching and leading meditation just high enough to provide visibility. The height and size of the existing stage create a sense of separation, not aligned with how we lead meditation and teach.

Moving to a larger place raises questions about how our programs and methods of teaching will evolve to meet the needs of a larger community. There will likely be a shift to a more formal curriculum, with more group classes and training, and increased reliance on assistant teachers.

Our current emphasis on individual mentorship, and relatively intimate question-and-answer sessions, cannot be scaled up readily. What is possible in groups of 30-50 does not feel the same in a group of 75 to 100, where anonymity begins to replace intimacy.

We shall see how we respond to the challenge of nurturing the practice of Dharma in our new home. No doubt we will discover as many surprises as the remodeling crew have found in the walls.

Hidden in the bones of the building are clues to the congregations that have preceded us.

It is clear that much of the material for the original construction was gleaned from what was left of an even-older building that perished in fire— perhaps another church that a determined congregation brought back to life. 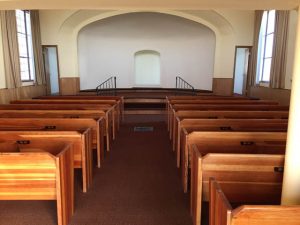 Partially charred boards with old square nails protruding, speak to the thrift and persistence needed to build a place of worship despite the hardships of the Great Depression. The hands of devoted volunteer carpenters are also evident, with numerous bent-over nails testifying to variations in the ability to drive a nail cleanly home.

Now as the renovation crew labors to reinforce the damaged rafters in the cramped attic, it is easy to reflect on the amount of work it takes to build and renew places for spiritual practice. This is something that successive generations must learn to carry on, if there are to be places steeped in Dharma practice that remain for generations.

We may note the beauty and craft of old temples, but they do not remain standing by themselves. A technical article on the astounding earthquake resistance of ancient Japanese pagodas concludes with this comment:

“It should be emphasized that the most effective factor for earthquake resistance of the pagoda may be the efforts of the faithful, who have preserved the structure for such a long period of 1,300 years.”

Though I doubt our handiwork will last that long, it is inspiring to think that that our current efforts may somehow contribute to the continued unfolding of the Dharma in our region.

5
SHARES
Share
Posted Under: 2017, Featured On Home Page, Sangha News, Spring
About the Author: Bill Spangle
Bill Spangle has been a student at Kagyu Changchub Chuling since 1980. With his wife Dora DeCoursey he engaged in a one-year retreat in 1997, and has been one of the associate teachers since 1998. He is currently working almost full time with the renovation crew, engaged in the type of accumulation of merit that involves grit accumulating under the fingernails.