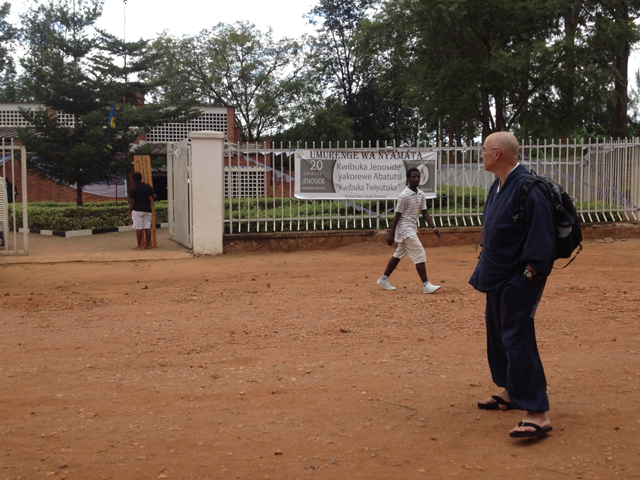 Recently I returned from a “Bearing Witness Retreat” in the small central East African nation of Rwanda, during the 20th anniversary of the1994 genocide there, when nearly a million people were slaughtered in 100 days.

The Zen Peacemakers, founded by Zen teacher Bernie Glassman Roshi, ran the retreat. Eve Marko’s account is an excellent overview of this retreat.

Sixty people participated in the five-day retreat, including 30 Africans and 30 International visitors, my wife and I among them.

This was the third five-day Bearing Witness Retreat I have attended with Bernie Glassman, his wife Eve, and many talented and well-trained support staff.

The first two were in Auschwitz-Birkenau, the famous German concentration camp where more than 1 million people, mostly Jewish, were killed during World War II. 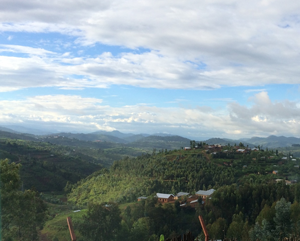 The Rwanda countryside, a land of a thousand hills where it is said God comes to sleep at night.

Glassman has been holding retreats in Auschwitz, attended by people around the world, for 20 years.  The format of a Bearing Witness retreat is to face the horrors that happened in a particular location, through eyewitness testimony whenever possible, by visiting memorial museums and most directly by sitting in meditation for at least four hours a day at the site of the atrocities.

At Birkenau we sat on the sorting tracks where tens of thousands of people were unloaded from cattle cars and sorted between slave labor, or directly dispatched to the gas chambers.  In Rwanda, we did meditation next to a mass grave where 50,000 men, women and children were killed in the course of seven hours in a place called Murambi.

In the retreats’ morning and evenings we hold “council,” where we process in a group what we have witnessed. The morning council is a small group of eight people, while at the evening council the whole group gathers together.

The councils’ five rules are: Speak from the heart. Listen from the heart. Speak spontaneously (no planned remarks). Speak leanly (no fat, straight to the heart of the matter). Confidentiality.  This process goes on for each of our days together.

In Rwanda, my small group included a rehabilitated perpetrator who had killed many during the genocide.  He told how he first refused to kill his neighbors, but then was shot in the leg for not doing so.  After that, the next time he was told to kill, he did so.

A young woman in our group, who survived the genocide when she was a baby, became so distraught hearing the perpetrator’s account that she broke down sobbing and had to leave our small group and join another.

Another woman, who had her baby cut in two, her hand cut off at her wrist, and then was left to die in a swamp, was also in attendance. 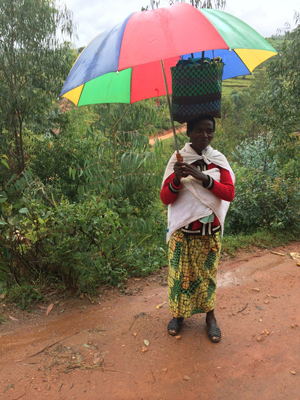 While walking to and from a genocide site on a village road, we met this woman who was glad we had come to bear witness.

The man who had become a perpetrator, acknowledged that he had been the one to cut off this woman’s hand, adding that the two had reconciled through the national reconciliation and redemption process called Gacaca.  When the retreat concluded these two got off at the same bus stop together and, standing next to each other, waved goodbye to the rest of us.  There was an awkward but real peace between them.

At night we stayed at a church conference center about a mile from the Murambi memorial site.  Each morning and evening, most of us walked the steep mile along a narrow, non-paved, heavily-rutted road through a small village to the memorial site.

Some of the people we passed were curious, others skeptical, some perhaps astonished. But most seemed happy and honored that we were there to bear witness, and many reached out to hold our hands, as if to say, “Thank you for coming and being a witness to this horror even 20 years later.  We very much appreciate your efforts to honor our dead.”

Reconciling humans’ Buddha nature, and what they do

As a Buddhist, I am devoted to seeing everyone as a blossoming Buddha, and everything as a manifestation of Buddha nature.  It is sometimes hard to reconcile these intentions with the fact that we are the only creature on the planet capable of slaughtering a whole group of people, just because they don’t belong to “our” group.

Perhaps this deep-seated potential to dehumanize our fellow beings and cruelly massacre them, in the most cruel and sadistic way, has had some survival value in our ancient past.

If we fail to recognize and accept that we all have this potential to sink into a murderous mob hysteria, we are bound to globally repeat this awful pattern indefinitely.

Perhaps our species will prove itself to be an evolutionary dead-end, a non-viable Voice of the Dharma.  Will our species outgrow our collective adolescence?  Do we have the capacity to learn difficult truths about ourselves before it is too late?

Fortunately, often out of great suffering can come waves of new awareness and seeds of deep compassion.  This is very evident in Rwanda, 20 years after the genocide, where people say, “Iyo Umenya Nawe Ukimenya Ntuba Waranyishe” (If you knew who I am, and you knew who you are, you wouldn’t have killed me).

Who maims, kills, rapes and tortures others?

Who can bash the heads of children against a brick wall?

The tropical rains wash away the blood but not the stains.

Within us must lie a beast that feeds on fear and hate.
How did it get there?
Has it been inside from the beginning?
What purpose does it serve?
Seen or unseen Mars shines brightly overhead.

Like a dormant virus the beast waits for opportunity.
When it takes hold ANYONE can become violent.

In a pandemic, genocide can sweep like fire.
The fire may ignite a nation, a region or the world.
The 50,000 dead of Murambi do not lie.

How do we keep the virus in check?
Rwanda shows the way.
First put out the fire.
Don’t seek revenge.
Offer a path for redemption and reconciliation.
Study our nature.
No denial of the past.
No denial of our potential for good or evil.
Above all strengthen love and understanding.

There is so much we can not know.
Who are we really?
Hawks and doves circle together over a thousand fertile hills.
Speaking from the heart reveals there is no “other.”

My Seattle temple, Chobo-Ji, like all Zen temples is a bit like a clubhouse for Zen training and practice.  It can get a bit insular at times.

There is nothing like having a good laboratory to explore our inner landscape, but if we can’t bring what we learn effectively into our daily lives with compassionate loving action, then it is just navel gazing. 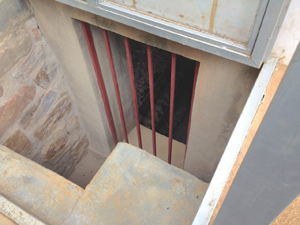 There are mass graves, containing the skeletal remains of those slaughtered, about every five miles in Rwanda.

Here in Seattle, I participate actively in the Faith Action Network, which gathers religious leaders and people of faith around workable social action goals.  With this group, I talked to Governor Inslee about halting the death penalty in this state, and, among other things, we are actively working on gun control legislation.

I also am working with a new group called Patacara, formed to offer compassionate and respectful care to those who are suffering, providing services inspired by the principles and teachings of Buddhism.  We hope to offer real services to disenfranchised neighbors later this year or early next.

Chobo-Ji as an organization is helping as a non-profit contribution conduit, and it is my hope that many in our sangha will become actively engaged with us once services have begun.

Rwanda has changed me.  I’m somehow happier, now that I can more fully accept that I too could have been a perpetrator!  The range of the human condition runs from cruel sadistic murderer to beneficent sage.  If we don’t realize that this whole spectrum is our real nature then we are living with blinders on.

Knowing more concretely the reality of our nature puts a lot of things in perspective.  With this perspective it is easier to relax into this life-and-death-journey, with a caring heart.

0
SHARES
Share
Posted Under: 2014, Compassionate Action, Summer
About the Author: Genjo Marinello
Genjo Marinello is abbot of Dai Bai Zan Cho Bo Zen Ji, a Rinzai Zen temple in Seattle. Marinello trained in the Japanese Zen temple Ryutaku-Ji, and became a dharma heir in its lineage of Rinzai Zen in 2008. Marinello is also a Washington State licensed mental health counselor, has served as the Buddhist pastor at the Monroe Correctional Complex, and has taught meditation at other prisons.