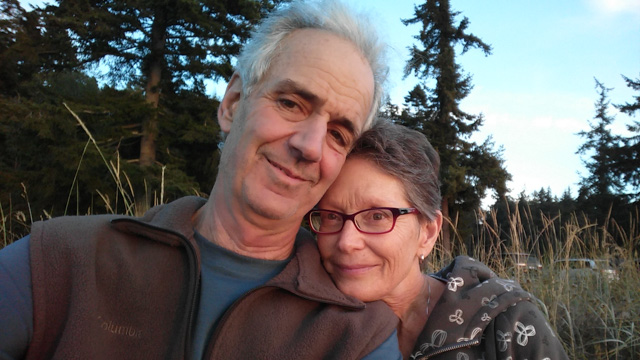 It is an awesome truth, that every article and story in Northwest Dharma News comes from the generosity of someone, often from a team of people.

During the four years I’ve served as editor, I’ve been constantly delighted by the opportunity to collaborate with such an astounding group of kind people. So often they evidence good will, good humor and spacious view, the fruit of many hours of dharma practice and study.

I’ve come to see putting these articles together as a shared moment with each contributor, a chance for us to hear from each other, and to learn from each other.

We’re not just cranking out written words, we’re also meeting in an inner way for each story. We’re working together to communicate the dharma essence of a sangha somewhere in the Pacific Northwest or Western Canada. We have to listen, and be attuned, and that’s dharma practice.

Contributors can be very brave, because often they’ve never written for publication before. It can be a big challenge, to try to represent something so close to your heart as your dharma practice or sangha, through the written word.

Contributors also are very patient, because each issue of Northwest Dharma News requires attention to many details, which asks a lot of each person contributing. And of course, they have to put up with me as their editor.

I want to thank every person who has contributed something, usually 15 writers and photographers per issue, four times a year over four years. Thank you.

Special thanks go to the small group of writers who have repeatedly contributed, writing about groups not their own just because they see the importance of the wider community. These include Tom Kaczmarski in Vancouver, B.C.; Clark Hansen, Jacqueline Mandel, Jeff Kerr in Portland; and Bob Baumgartner, Jamyang Dorjee, Richard Miles, Tuere Sala and Thay Kobai Whitney, and some that I’m missing here.

The dharma community thanks you.

We’re always looking for ideas for upcoming issues, so if you have any tips, please send them to stevellen95@comcast.net.

Lastly, I want to thank the board members and staff of Northwest Dharma Association, and the generous donors, who make this possible. You’re all terrific.

Through Northwest Dharma Association, and Northwest Dharma News, we’ve created an ever-changing interconnection of Buddhist groups and individuals throughout the region. The energy and importance of this is so striking we’ve adopted the word Mahasangha (larger sangha) to describe it.

I recently spoke with a dharma friend in another city, and he said how sad it is that the dharma community in his region is broken up, compartmentalized, with almost no communication among sanghas. While each may have a goal to cultivate mindfulness, these many sanghas are not aware of one another.

Here in our region we’re bridging that gap, and sanghas know each other. Big reasons for this are Northwest Dharma News, the website and calendar, the larger Northwest Dharma Association and Mahasangha efforts, all supported by many, many volunteers.

You’re creating the dharma in the 21st century. Thank you.

0
SHARES
Share
Posted Under: 2016, NWDA News, Spring
About the Author: Steve Wilhelm
About the author: Steve Wilhelm is editor of Northwest Dharma News, and a former board president of Northwest Dharma Association. He practices with and contributes to Seattle Insight Meditation Society, and is enrolled in the fifth Community Dharma Leaders training at Spirit Rock in California. He also contributes as a board member of Tibetan Nuns Project. He lives in Kirkland, Washington, with his wife Ellen.