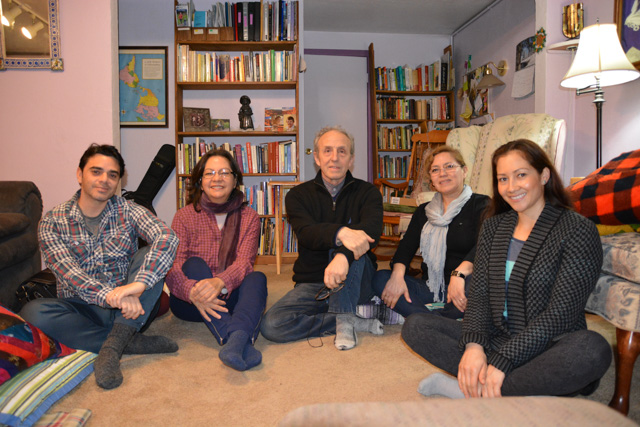 A group of Spanish-speaking Buddhist practitioners is in the early stages of building a group to serve the needs of the Seattle-area Buddhist Hispanic community.

The new Hispanic Institute of Buddhist Studies already has several key elements including a teacher, a place, and a group of willing Seattle-area volunteers.

Base for the institute is a recently donated house in Graham, a rural community 45 miles south of Seattle.  The group is under the spiritual guidance of Venerable U Nandisena, and is affiliated with the Instituto de Estudios Buddhistas Hispano (Hispanic Institute of Buddhist Studies,) in the Mexican city of Xalapa, in the state of Veracruz. 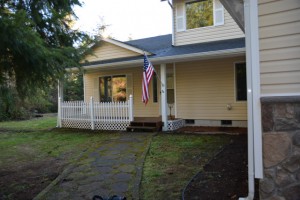 The group has acquired a house in Graham, Washington, to use as a center.

At the core of the group’s mission is receiving and sharing the Buddha’s teachings in Spanish. In the West teachings are generally translated from Pali to English and then to Spanish, and meaning can be lost through the two-step translation process.

On January 10 I drove to Graham to meet with group co-founder Alina Morales to learn more. I was born in Venezuela and Spanish is my first language, so I was very happy to be meeting others like myself.

Morales explained that the Hispanic Institute of Buddhist Studies was launched by people who participated in a course offered by Ven. U Nandisena, a Latino monk living in Mexico. The group is now in the early stages of setting up activities in Western Washington.

The Graham house currently serves as the residence of Ven. U Nandisena when he is in the area, and also houses people from Mexico who are coming to help set up the Hispanic Institute of Buddhist Studies.

While the group was originally hoping to have a sitting group meet in Graham, the distance of that site  urban centers has made it easier for people to meet at the homes of members closer to Seattle.

On January 16, a group of 11 Hispanic members of the greater Seattle area, including myself and Morales, came together to hear Venerable U Nandisena share his teachings in a member’s house in Seattle.

The group that came together that day was mostly beginners, people eager to learn more about the Buddha and his teachings. Venerable U Nandisena’s speech was a brief introduction to Buddhism including the three primary veins of Theravada, Zen, Mahayana; some of the characteristics of Theravada, and Buddhist morality. 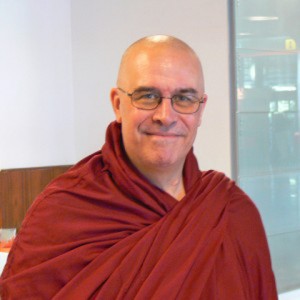 Venerable U Nandisena supports the group, and travels to the Seattle area from Mexico.

After more than two hours of teachings, the group was eager to continue their learning and participation with a Spanish-speaking sangha.

All were eager to learn the teachings of the Buddha in their native language, without the filter of translating from English to Spanish.

Based on the desire of this initial group to meet again, we held another meeting on Jan. 30, where Morales guided us through a Vipassana meditation, and we discussed an article on Buddhist morality. It was a great opportunity for us in the group to follow the instructions for the meditation, debrief and share our experiences, compare it to previous meditation instructions we have received or read, and to sit a second time after the debrief.

The discussion on Buddhist morality was especially fruitful, especially as we were able to ask questions and share our experiences amongst a group that has some similar experiences. We are all Spanish speakers who have grown up in countries where the predominant religion is Catholicism, and thus the views around morality, right and wrong, God, and the meaning of life that we learned early on were similar, and we were working to reconcile them with the Buddhist morality we now are learning.

After a three-hour meeting, we have agreed to continue sitting together every two weeks in people’s homes. While Morales and Venerable U Nandisena will not always be in the area, they have offered to join the sitting group via an online classroom.

The group plans to sit with Venerable U Nandisena on his monthly visits to Graham, so we will be coordinating those sessions.

A pioneer in bringing dharma to Hispanic  people

Venerable U Nandisena, originally from Argentina, has translated Buddhist texts to Spanish directly from Pali, which allows the Spanish-speaking Buddhist community to have better access to the teachings of the Buddha.

In the late ‘90s, a group of disciples invited Nandisena from California to Mexico, where they founded the Centro Mexicano del Buddhismo Theravada. In 1999 the Dhamma Vihara Monastery was founded in Xalapa, Mexico with Venerable U Silananda and U Nanadisena as the guiding teachers.

Through their website they are dedicated to disseminating the teachings of the Buddha as they were recorded in Pali, and as they were preserved in the Theravada tradition. 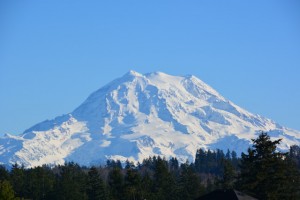 The Graham center is overshadowed by the majesty of Mt. Rainier.

Venerable U Nandisena is also the guiding teacher of the Instituto de Estudios Buddhistas Hispano, formed in 2011.

Through their online presence, the monastics’ goal has been to serve and guide people in their learning of Buddhism. For example they provide online courses such as Fundamentos del Buddhismo (Buddhism Fundamentals), and longer nine-month degree course Diplomado en Buddhismo (Buddhist Degree), which is a more academic course on Buddhism.

If you want to learn more about the sitting group or the activities of the Hispanic Institute in the greater Seattle area, you email Alina Morales at moralina@gmail.com. To learn more about the online courses, visit the iebh.org page – the next Buddhist degree will begin in mid-March, and registration began Feb 1.

5
SHARES
Share
Posted Under: 2016, Sangha News, Spring
About the Author: Laura Machado de Wright
Laura Machado de Wright, born in Venezuela, lives in Redmond, Washington, with her husband and their two young sons. She is early in her learning path. She has attended Eastside Insight Meditation since the fall of 2012, and is a program manager at Microsoft.