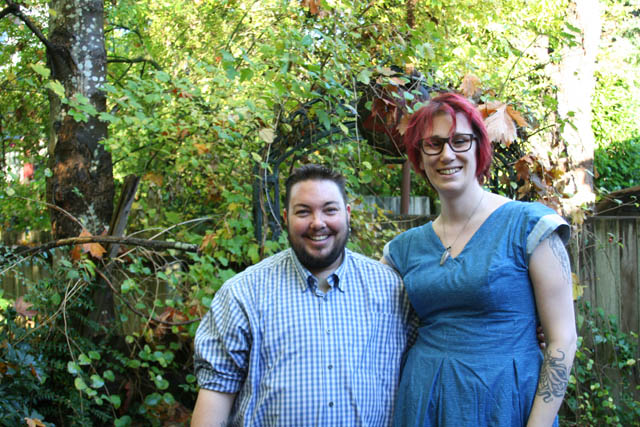 For the past two years the two of us — Kevin Manders and Elizabeth Marston — have been working on an anthology of essays by trans, genderqueer, and non-binary Buddhists, relating their experiences of gender to the dharma.

We met in Vancouver, B.C. (the un-ceded territory of the Musqueam, Squamish and Tsleil-Waututh First Nations people) – in an anarcho-Buddhist sangha a few years ago, and we’ve been working on the anthology since literally the first day. 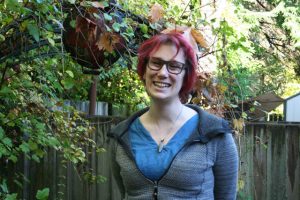 Elizabeth Marston is a trans writer and anarcho-communist Buddhist activist, who is skilled in the intricacies of logic.

When we put the call for submissions out we just wanted to hear the voices of trans, genderqueer and non-binary folks. Our only requirements were that the contributors needed be trans/gq/nb, and following a Buddhist path.

In our call for submissions we put out some general ideas such as: How is your Buddhist meditation practice influenced by your gender identity, and vice versa? Are there specific things about the dharma and your gender identity that are good fits? Have you found a trans-inclusive sangha? Are you struggling without one?

We got back some profound responses, and we’re currently working to edit them into a format suitable for publication.

Our first hope for the anthology is that it will help heal the hearts of trans Buddhists, many of whom are survivors of various traumas and oppressions. 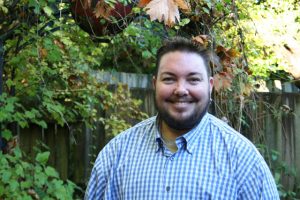 We also think it will provide some assistance to cis Buddhist folks in our sanghas, a term referring to people who feel at home in their assigned gender at birth. While many cis Buddhist people strive to be trans allies, we’ve found that well-wishes, however heartfelt, are not always accompanied by skillful speech and mindful action.

The anthology — tentatively entitled “Transcending” — is, we think, a much-needed contribution to intersectional Buddhist discourse. While many trans, genderqueer and non-binary folks have engaged with Buddhism in various ways — for instance, by studying in a variety of different Buddhist traditions, meditating, being active in sanghas and immersing themselves in the dharma — their voices have often not found purchase in larger-scale conversations in Buddhist communities.

Until relatively recently there has also been a dearth of visible role models for Buddhist trans folks. In releasing this book we are trying ameliorate this situation, by connecting disparate voices and thus forging an extended trans Buddhist community. 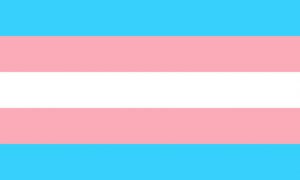 Gaining insight into no-self while healing from trauma

Some trans folks are dealing with transphobia in their sanghas, some are thriving, and others are trying to hold their identity while dealing with the Buddhist doctrine of no-self, or anattā.

In Buddhism the doctrine of anattā (no-self) is that there is no unchanging, permanent self, soul, or essence in living beings. Yet in day-to-day life, this truth needs nuancing.

Constitutive intersectional identity — the sense of being for instance trans, or of color, or disabled, or queer, or any other number of deeply-held “labels” — is a vivid aspect of our shared experience. To omit it, suppress it, or subjugate it to a blanched, hollowed-out sense of unity or sameness is both a violence to the individual and, as an additional insult, often does the work of the various oppressions to which we stand in opposition. 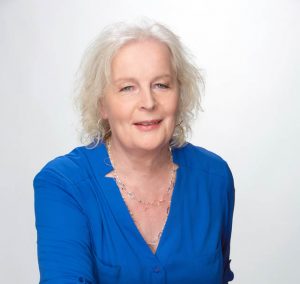 Caitriona Reed wrote one of the two introductions for the book.

We need be able to bring our identities into sangha, into discourse and onto the cushion, if we are to have any hope of completing the work that, as Buddhists, we have committed ourselves to attempting: the work of cultivating insight into our circumstances and our essential natures.

Gender identity is especially (but not uniquely) difficult to work with, as there is widespread ignorance about what it entails and the specific forms that the oppressions to which we are subject can take. In Buddhist circles one form that oppression commonly assumes is erasure, often in the name of anattā.

As each practitioner moves forward on the dharma path, they might come to an understanding of no-self, of anattā, that makes sense; but if the practitioner has had traumatic identity-based experiences, and has significant social identity-based commitments, the relaxation of attachment to identity cannot be rushed without injury.

To put it plainly there is a way of gently holding both of these things at the same time, and we hope this anthology will help our fellow trans, non-binary and genderqueer Buddhist practitioners find that way. 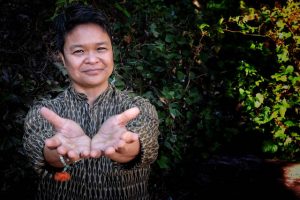 La Sarmiento wrote the other introduction for the book.

A rich stew of individual expression

Additionally we also have the vocal support and encouragement of many cis Buddhist teachers and dharma leaders, who support the anthology.

Nevertheless we are still in the process of trying to find a publisher for the book. We’ve heard more than one publisher describe our project as “niche,” and while we agree the subject matter might not be of immediate interest to all beings, we believe all beings will benefit from its publication. One way or another we are hoping to get this book out in 2018. 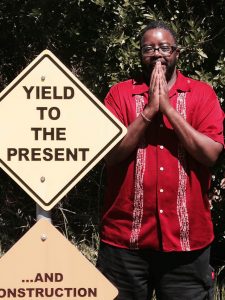 Fresh! “Lev” White led the blessing for the book.

One thing we’ve been very concerned about is not to replicate inside our pages the erasure and simplification of identities that has occurred outside. Thus there are a number of Buddhist lineages represented, including Zen, Tibetan and Theravada. Some of the contributors identify as genderqueer; others as non-binary; others are trans women and trans men. Some contributors are past or present monastics; others are lay Buddhists.

Crucially we have a group of people-of-color contributors, highlighting the intersectional nature of the oppressions often experienced in Western sanghas. These folks not only deal with transphobia, but with racism as well. As Buddhists we must go beyond unweaving transphobia in our communities, to also oppose racism, sexism, homophobia, biphobia, classism, sizeism and ableism.

The stories in the anthology have made us think, laugh, cry, get angry, and grin. It has also been a delight to learn about traditions other than the one we practice. Better still, we get to share this experience with so many!

Cis Buddhists will have an opportunity to learn about trans Buddhists, and trans Buddhists about each other. While there is much heartbreak in these stories, there is also much healing, discovery of self, and discovery of teachers and sanghas that are supportive. Trans, genderqueer and non-binary Buddhists are coming home to themselves, finding refuge in the three gems: the Buddha, the dharma and the sangha. 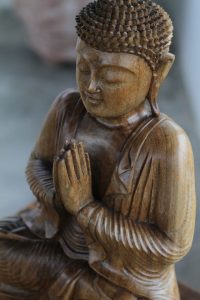 The Buddha watched over the entire project

We’ve discovered that no two stories are alike. All trans, genderqueer and non-binary folks are walking their own path. We hope that our cis Buddhist sangha members and teachers will open their hearts and minds, with non-judgemental and compassionate attitudes.

The goal of the Buddhist path is to end suffering for all sentient beings.. May the anthology be of benefit to trans, genderqueer, non-binary Buddhists. May the anthology also be of benefit to cis Buddhists in our sanghas as well. May all trans, genderqueer and non-binary folks find the causes and conditions for awakening, liberation and freedom from suffering.

The Trans Buddhist Anthology would likely have never taken off if it wasn’t for the support and networking of the online trans Buddhist sangha folks. If you want to know more about trans Buddhists and especially if you are interested in knowing how to make meditation and retreat centers more trans-inclusive, please check out the transbuddhists website and resource guide.

If you would like to be in touch with Liz and Kevin about the anthology you can email transbuddhistanthology@gmail.com

440
SHARES
Share
Posted Under: 2017, Dharma In Canada, Winter
About the Author: Kevin Manders and Elizabeth Marston
Kevin Manders is a queer trans man. He lives in Vancouver, B.C., on the un-ceded territory of the Musqueam, Squamish and Tsleil-Waututh first nation people. He has been on the dharma path for the last decade in the Theravada/Vispassana tradition. He has been working in social services for the last 26 years. Kevin is passionate about the dharma, social justice issues, anti-racist work, intersectionality, veganism, cycling and music.

Elizabeth Marston is a trans writer, hacker, and anarcho-communist Buddhist activist. She holds a master’s degree in philosophy (with study concentrated on ethics and political philosophy), and knows her way around rules of logic. When she’s not coding or writing, she’s usually lounging around her Buddhist collective, nibbling vegetarian sweetmeats, and reading whatever N. K. Jemisin wrote last.