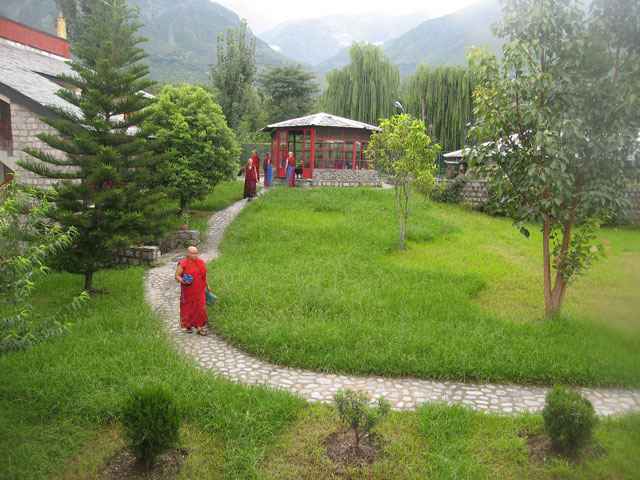 As the organization’s new U.S. operations manager, I am delighted to be with a group of people dedicated to the spiritual and secular education of these nuns. Most of them, after fleeing Tibet, would otherwise be facing great difficulties as refugees in India.

I have read some of the nuns’ biographies, part of the extensive collection maintained in the office, and I am struck by the bravery and determination of these women. Many of them endured great privations to flee over Himalayan mountain passes from occupied Tibet, without knowing what they would find in India. 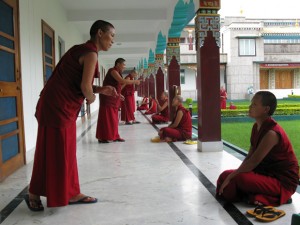 Traditional dharma debate, here in a nunnery courtyard, is an important part of practice.

In addition to me, relatively recent hires include Project Coordinator Tiffany Lin, and Bookkeeper Angie Galliet. The office also is supported by a lively group of volunteers.

Prior to taking this position in September, I was executive director of Voices Against Violence, a New Hampshire organization advocating for survivors of domestic violence.

Tibetan Nun Project’s new office is a sunny space on the second floor of Inscape, an arts center created in 2010 from the former Immigration and Naturalization Service building, just south of Seattle’s International District. The windows, from our space where would-be immigrants once were held, look out over the sport stadiums and rail yards of Seattle.

We have been in our space for a year now, and the organization has just completed some major transitions including a donor database upgrade, website restructuring and procedural changes. With these and other foundational pieces in place, the office is beginning to feel more centered and ready to take steps to grow our professional capacity, and to assist the nuns in their progress toward self-sufficiency. 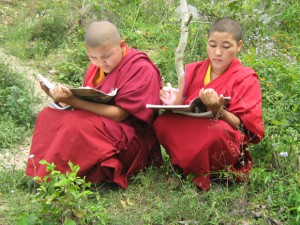 In 2011 the total amount of funds sent to India was over $500,000, which pays for the nuns’ food, shelter, and medical care, their spiritual and secular education, and some capital projects. Sponsorship for each nun is $360 a year.

The dedication of sponsors during the recent recession was notable. Compared to many non-profits our budget stayed almost intact, and many sponsors went to great lengths, including taking on extra work, to make sure they could meet their commitments to their nuns.

Tibetan Nuns Project also has been raising other funds for capital improvements at the nunneries. These include a recently built debating court at Dolma Ling, a solar-powered shower house, a small cafe to help the nuns generate revenue, and retreat cabins. We also have funded the hiring of teachers to educate the nuns in the traditional studies of Tibetan Buddhism, as well as Tibetan language, English, and math. Much of this work is funded by gifts from individual donors and grant-making organizations. 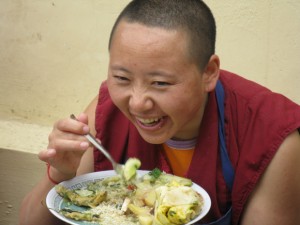 The education offered to the nuns is especially developed at Dolma Ling and Shugsep nunneries, both of them near the Tibetan government-in-exile in Dharamsala, India.

Women from these nunneries are being trained in some of the highest teachings of Tibetan Buddhism, and graduates are now preparing to take exams for a Geshema degree, the equivalent of a doctorate degree in the West. This is a level of scholarship and Buddhist training that previously was available only for men. The first exams will be given May, 2013.

We’re working hard to participate in the digital age, and recently launched a new web site, intended to be easier to navigate than the old one. The site will help donors update their sponsorship and make payments, and is linked to our donor database so we can operate more efficiently and pass more donation money directly to the nuns. We also operate an online store from the site, where we sell many items made by the nuns including malas, dolls and fabrics. 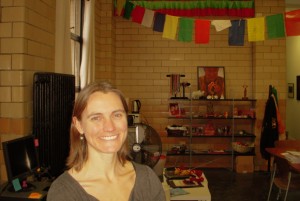 Also we have been expanding our presence on Facebook, and now have more than 3,000 fans.

The director is Rinchen Khando Choegyal, sister-in law of the Dalai Lama, former Tibetan minister of education, and founding president of the Women’s Tibetan Association. Co-directors are Elizabeth Napper, a scholar and translator of Tibetan Buddhism; and Venerable Lobsang Dechen, a nun who formerly taught at Tibetan Children’s Village, a school for Tibetan youth.

The office there is staffed by Tibetans, both lay and ordained. Leadership of the office and in the nunneries is gradually transitioning to the nuns, to utilize the skills they are gaining through their studies.

(Under the heading of full disclosure, Northwest Dharma News Editor Steve Wilhelm serves as a board member of Tibetan Nuns Project.)

0
SHARES
Share
Posted Under: 2012, Compassionate Action, Winter
About the Author: Lisa Farmer
Born and raised in Seattle, Lisa Farmer recently returned to the area after 20 years, after working most recently as executive director of Voices Against Violence in New Hampshire. In addition to her role as operations manager of Tibetan Nuns Project, she works as a mountaineering guide for Mooney Mountain Guides.