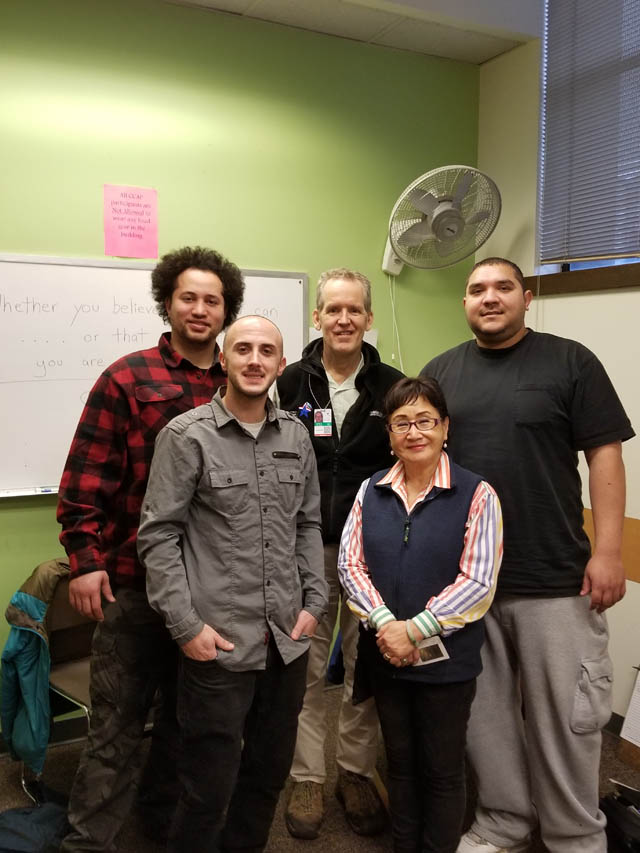 On a Tuesday, four men walk into a small conference room at a Seattle parole facility, to begin a six-week meditation class. 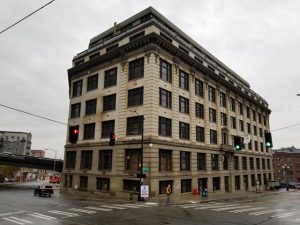 The goal of the Community Center for Alternative Programs, housed in the Yesler Building, is to help offenders change behaviors that led them to be charged with a crime.

CCAP offers meditation classes, and other life skills classes, to help people transition away from behaviors and choices that lead to criminal activity. I’ve volunteered there for six years as part of an outreach effort by Tzu Chi. This is a Buddhist humanitarian group, based in Taiwan, which works to promote compassion in society.

The men in the room are mentally present to varying degrees. Some are awaiting trial. Some have already been sentenced. All are out on parole, which means that while they’re no longer behind bars, they have to meet multiple requirements of the prison system.

Of the people in the class one is delighted. He was in prison recently and had requested teachings on meditation, but they weren’t offered on his floor. The other men fall on a continuum from somewhat enthusiastic to confused, about where they are and how they got here. All four were assigned by their caseworker to take the class. 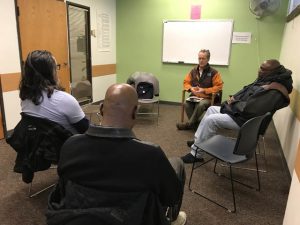 No matter how technically skilled my presentation is, I need to win their trust and build a connection, if the information I’m offering is to take root in their lives. Introducing myself I share that I chanced upon a meditation class at age 17. I tell the men this was a time of significant personal anxiety for me, when I was acting out in school and conflicting with authority figures.

For the next 10 minutes I explore different definitions of meditation, keeping it as simple and jargon-free as possible. I tell them there are two kinds of meditation: calming and analyzing. During silent meditation we first practice calming the mind, then shift to mindfulness, learning to unplug all of automatic behaviors we have been conditioned to act out. I tell them this can bring wisdom needed for success in worldly life, and also for walking the path toward peace and spiritual freedom.

Half of my audience is still with me. The other two men nod their heads, until their chins touch their chests. It’s time to shift to the guided meditation! 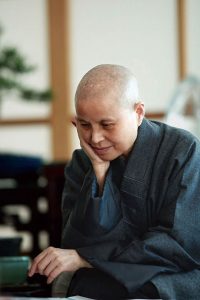 Dharma Master Cheng Yen, founder of Tzu Chi, an international humanitarian organization whose mission is to relieve the suffering of those in need and to create a better world for all.

I explain the technique of observing the breath and letting go of thoughts as they arise. It sounds simple, but the monkey mind is difficult to tame. We sit in silence for 15 minutes.

After the meditation is over I check in with the men. All of them say they feel calmer and more relaxed. I thank them for their courage in trying something new, creating the treasure of spiritual community.

If you can do this for just a few minutes every day, I tell them, it’s like watering grass. In time it will be lush and green, healthy and full of life.

We all make mistakes, but those do not define the essential awake and pure nature of our being. At a deeper level of truth, there is no evil or good, no guilt or innocence, only actions and consequences.

After autumn comes winter, then spring. After a crime comes a chance to re-establish the ethical framework of love and caring, which rests upon the truth of our interdependence. The sun is shining again outside the meditation room, with clouds drifting down from the north.

The Community Center for Alternative Programs was established in 2003 by King County as part of a growing awareness in society, supported by research, that incarceration does little to actually rehabilitate lives. If our goal is to create a society based on compassion, is it logical to expect a retributive justice system based on punishment to stop the violence in our world? 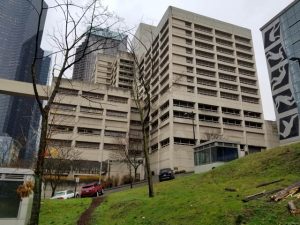 The CCAP program offers people an alternative to serving time in the King County Jail in Seattle.

Tzu Chi was founded by a 29-year-old Taiwanese Buddhist nun, Dharma Master Cheng Yen, with infinite dreams but no money.

She inspired an initial group of 30 housewives to drop a few pennies every day into bamboo piggy banks. The end goal was not to attract millions of followers, build hospitals, community centers, and establish relief missions, although all those have been accomplished in more than 80 nations. The central goal has always been to transform the culture of humanity through the paths of love, compassion, generosity, and altruistic activity.

For these four men, so far from Taiwan, the work was a success today. They emerge from the meditation into the bright sun, a little more at peace, and more confident in their place in life.

13
SHARES
Share
Posted Under: 2017, Prison Dharma, Winter
About the Author: Jordan Van Voast
Jordan Van Voast is a member of the Tzu Chi International Medical Association, and also serves on the board of directors of the Dharma Friendship Foundation in Seattle. He is co-founder of CommuniChi, a community acupuncture clinic in the Mount Baker neighborhood of Seattle.