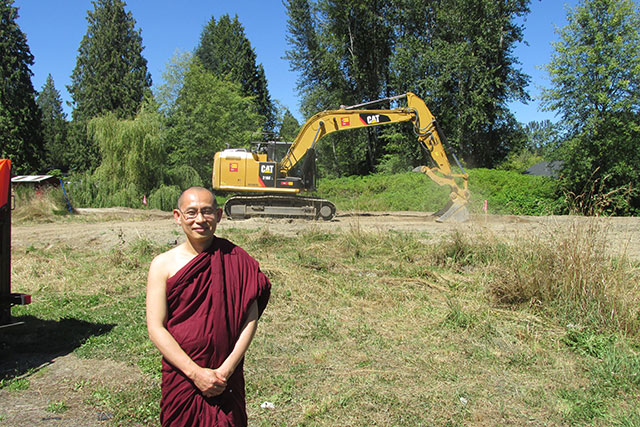 Ven. Pannobhasa is happy the community has been able to support backhoe work, to restore the property to environmental standards.
Photos by Steve Wilhelm

A Burmese monastery north of Seattle finally can start a modest expansion, after solving a land-use issue that had bedeviled its early years.

A yellow backhoe has finished clearing a stream that runs through the Dhamma Gone Yee Snohomish property.  In 2017 the monastery is planning to build an 80-person open-air structure, to support the many food fairs and outdoor events it conducts over the year. 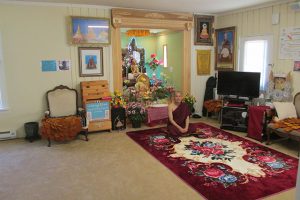 Inside the monastery building, members gather for teachings, meditation and retreat.

“The county signed off already, so we have no violation,” said Ven. Pannobhasa, abbot of the monastery. “I’m so happy. We sorted out this problem.”

The problems arose in the first years of the monastery, when some members started to proceed with growth plans, without realizing permits were needed. In addition, a dirt-moving company inadvertently dumped a load of fill in a wetlands area, when meant the dirt had to be removed.

The monastery is tiny now, just a small blue house in a five-acre patch of woods, off a country road in rural Snohomish County.

Temple supporters have converted the downstairs of the house into a shrine room, adding flexibility by installing sliding glass doors so that larger groups can expand beyond the living room. Pannobhasa sleeps upstairs. 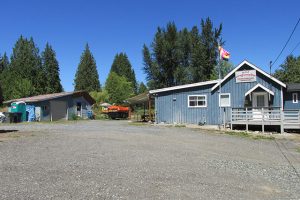 While the monastery building is small and rustic, it will suffice until facilities can be expanded.

People come to Friday night talks on the Abhidhamma, the traditional teachings on Buddhist psychology that are a specialty of Burmese Buddhism.

“Abhidhamma is very beneficial for mediators to practice meditation, to understand body and mind,” he said. “So that is why I focus on that.”

In the longer run, Pannobhasa hopes to add more structures at the site, including a place for walking meditation.

A future building is to include a large meditation hall, classrooms, a lecture room, and even accommodations for those participating in multiple-day retreats. This will be a large project and probably five years off, but members are confident that under Ven. Pannobhasa’s leadership this vision will be realized. 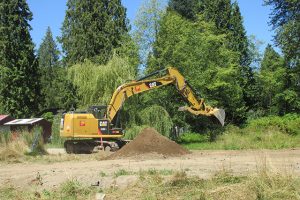 The magic backhoe restored a stream through the property, which had accidentally been filled in.

Before that the monastery needs to install a larger septic system, and connect to city water, to properly support larger numbers of people.

The five-acre site, with a variety of small ecosystems, has much potential. A brook flows gently through the grounds, emptying into a small pond next to a wetland area. There is a meditative wooded area, which will someday have small cabins for quiet meditation.

Pannobhasa, who speaks fluent English, arrived to lead the monastery in early 2014.

Educated as an engineer, Pannobhasa at 24 ordained at Vijjotarama Monastery in Yangon in Myanmar, where he studied the dhamma for 10 years. Later he lived as a monastic in London, where he developed his fluent English.

The Seattle area’s other Burmese monastery is in Kent, a small city south of Seattle.

There the community also plans to expand the Tipitika Monastery facility, once donors generate enough resources to do so. That monastery was founded in 2006.

0
SHARES
Share
Posted Under: 2016, Sangha News, Winter
About the Author: Steve Wilhelm and David Zabloudil
Steve Wilhelm is editor of Northwest Dharma News. David Zabloudil, who wrote much of the 2014 article upon which this one is partly based, is a Buddhist practitioner in Theravada tradition and a supporter of the monastery.