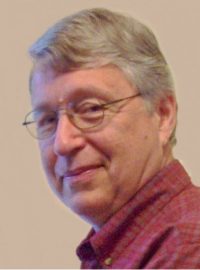 With great sadness we are writing to inform the Dharma community of the great loss of David Forsythe, who passed away from leukemia on September 17th. David served NWDA in many ways: as board president when the future of our organization was in crisis, as long-time administrator extraordinaire, and as a personal and financial supporter of our activities. He will be sorely missed as a good friend and a great practitioner of kindness and compassion.

We know that there are many of you who knew David and will miss him.

“I met David volunteering for the Northwest Dharma Assowaciation, and watched him steer the organization while running the office, for years. I’m really sad to lose David. His warm friendliness and quiet dignity was a great inspiration to me and so many others. His steady encouragement and wise counsel will be missed.”
~ George Draffan

“David exemplified for me what Dharma practice truly means. With his peacefulness, equanimity, pragmatism, and gentle good humor, he served as a role model. I cannot overstate how much I will miss him.”
~ Timothy O’Brien

“David often seemed to me a river of kind equanimity, and humility. I can think of few people who did so much for others, so invisibly. Always he continued, with a gentle warm twinkle in his eyes. The world is a little poorer that he’s gone, and was richer while he was here. I miss him already.”
~ Steve Wilhelm

“A lover of trains, cats, and, of course, the NWDA. A man truly after my own heart. He will be sorely missed, but never forgotten.”
~ Bill Hirsch

“I met David over twenty years ago, shortly after I moved to Seattle, when I began volunteering for the NWDA. He was always model of Dhamma practice for me, generous and kind, and grew to be a good friend.”
~ Joe Pearl

Beloved husband, brother, uncle and friend, David will be remembered as a librarian extraordinaire. He grew up in western Pennsylvania, attended college at Muskingum University in Ohio, and earned a Master’s degree in Library Science at the University of Illinois at Urbana-Champaign. He worked in college and university libraries and, through library networks, helped libraries to automate.

David loved trains and rode many in the U.S., Canada and Europe. A cat lover since a child, there were many furry companions along the way. He loved acapella choirs, organ music, and cathedrals.

David is survived by his wife, Kathleen Forsythe of Lacey, Washington; sister, Jean Keys of Murrysville, Pennsylvania; brother, Bud Forsythe of Seattle, Washington; and many nieces and nephews. All are going to miss his gentle spirit.

At David’s request, there will be no service.

Condolences can be posted here at the Funeral Alternatives of Washington website.

Memorial donations may be made to the Panorama Library Association, 1751 Circle Lane SE, Lacey, WA 98503. 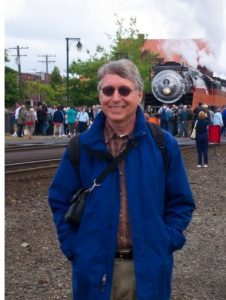