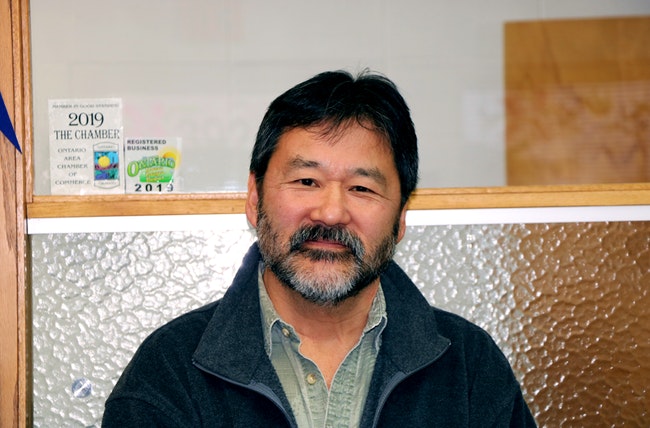 Mike Iseri is co-president of the Idaho-Oregon Buddhist Temple, and  is affiliated with the Osakasayama Sister City program. He also works with the Japanese American Citizens League, and the Four Rivers Cultural Center, and America’s Global Village Festival. And he was named grand marshal of the Winter Wonderland Parade. Read the article in the December 4th edition of the Malheur Enterprise.

Learn more about the Idaho-Oregon Buddhist Temple at their website.

Japanese Pure Land Buddhism is a tradition that many Western Buddhist converts know little about. But it’s one of the largest Buddhist traditions in the world, and in North America, it has had a tragic but ultimately inspiring history that is especially important to know in terms of racial diversity and discrimination. You can read about that in American Sutra: A Story of Faith and Freedom in the Second World War by Duncan Ryūken Williams.

In the Northwest, there are Jodo Shinshu temples in Washington (Seattle, Spokane, Tacoma, Auburn, Wapato) and Oregon (Portland, Ontario). Visit them if you’d like to see what 100 years of sangha can do for your community.