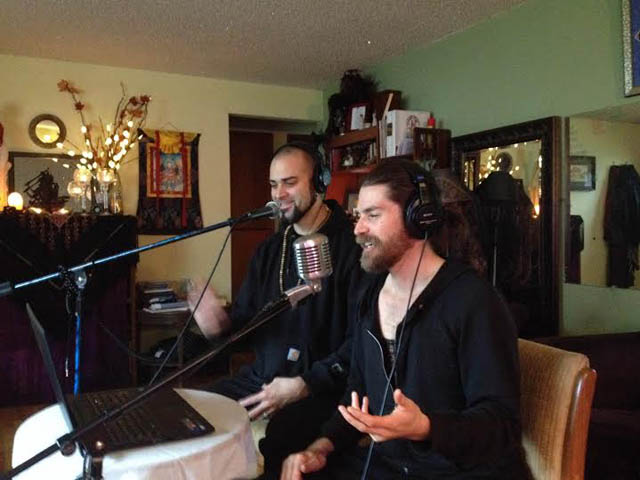 As a Buddhist practice coach and co-host of the Buddhist podcast Vajra Body Vajra Mind, I have found a way to create digital sangha for myself and others, even when geography won’t cooperate.

My co-host Jed Ward and I recently re-launched the show with fresh vision and energy, after starting it in 2013.

Now we’re attracting nearly 1,000 downloads a month, aided by the wisdom of guests including Zen Master Genpo Roshi, Tibetan teacher Reggie Ray, and many others Buddhist and non-Buddhist.

A new focus on a diverse scope of Buddhist teachers as guests, and on the pernicious difficulties of the practice of Tibetan Buddhism in the modern world, has brought new life, vitality and reach to our little podcast. 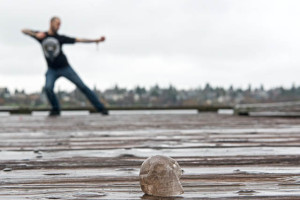 Podcasts are basically independently produced talk radio shows that vary greatly in both format and content, which people can download onto computers and digital devices. Arriving fully in 2005 on iTunes, podcasts have become a growing cultural force over the last decade.

There are podcasts for everything from BBC News, to ghost hunting, to Buddhist teachings. Podcasts give any individual a potentially global voice. Through the convenience of modern recording technology, basically anyone with a computer can create their own podcast.

Inspired by a couple of very-well-done podcasts, Jed and I created the Vajra Body Vajra Mind podcast in 2013. We had shared many deep discussions over years, Jed had recording experience and equipment, so we were ready to go.

Some of my absolute favorite memories are of late-night discussions about life, death, and meaning with my close friends in my early 20s. These discussions underlay my earning a bachelor’s degree in comparative religion from the University of Washington, developing a deep practice of and coaching role in Tibetan Buddhism, and starting the podcast.

About two years ago, I was experiencing a deep longing for these discussions in my life. I guess you could say that, to me, those discussions were symbolic of sangha. My own Buddhist sangha is over an hour away from me, so I just couldn’t connect very regularly. 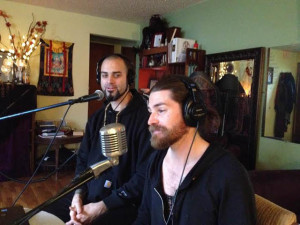 Both hosts engage with speakers during the show.

In my Buddhist practice coaching I experienced moments of potent connection, but the coaching role prevented full-range interpersonal connections. In short, I was feeling socially and spiritually isolated.

In the U.S., Buddhist communities are notoriously rare and small, especially outside of the ethnic temples. When they do exist, there isn’t often deep interpersonal connection happening. The spiritual path is profoundly supported by community.

I longed to share the experience of the Buddhist path with others, I longed for community. During this period, like an answered prayer, I discovered the modern technology known as podcasts.

I was spurred to create a dharma podcast by two podcasts, the Joe Rogan Experience and Unfettered Mind, which had a huge impact on me.

On his podcast, Rogan meets with guests ranging from mixed martial arts fighters to science professors to comedians. The style of his podcast had a huge impact on me because his show was long (three hours), unedited, and it was a casual conversation.

I enjoyed Rogan’s show, its intellectual discovery through skeptical inquiry, because it simulated the feeling of those deep conversations of my youth. 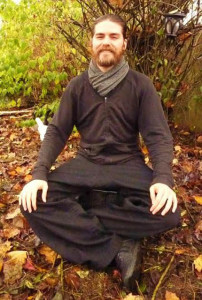 Ward has his own inner practices.

The Unfettered Mind podcast, hosted by Buddhist teacher Ken McLeod, is quite different from Rogan’s.

McLeod’s podcast is mostly recordings of retreats he has led. In his podcasts McLeod offers dharma talks and recordings of student-teacher interactions, the feeling of being student to a teacher you may have never met.

Through McLeod’s podcast, I resolved problems in my practice and discovered new ways of working with habitual patterning. Unfettered Mind was a technological sangha for me in the comfort of my own home, car and gym.

In creating my own podcast, I wanted to create something in between The Joe Rogan Experience and Unfettered Mind. I wanted the podcast to have the feeling of social connection of Rogan’s and the spiritual depth of McLeod’s.

In our first dozen or so podcasts, Jed and I had casual conversations about Tibetan Buddhism and physical health, in which he played the role of student and I the role of teacher. 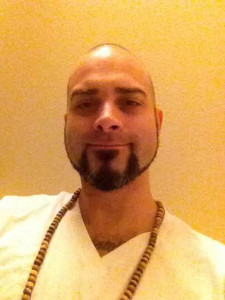 A self portrait, by Abel.

Our preparation for these early podcasts was very minimal. Essentially, we’d choose a topic and let the tape roll. Occasionally Jed would edit parts of the conversation that were dead or incomprehensible, but for the most part we had a conversation and the listeners joined us. Initial feedback was very positive. People enjoyed the fact that we explored deep topics but kept the conversation unpretentious.

After about a year of this approach, it began to feel flat. I realized I really didn’t have much more to say, and that our listeners were probably tired of listening to me talk. I sure was. We took an indefinite hiatus from the show, and didn’t record anything for over a year.

During the hiatus Jed began teaching Pilates and exploring psychedelics. I began teaching Qi Gong, got certified as a nutritional therapist, and became vice president of Northwest Dharma Association.

Both Jed and I grew tremendously during this time, and we reached different life orientations and clearer points of view.

We decided to reboot the show. We began with a couple of “where we are at” discussions, and then quickly began inviting guests on. With guests like Zen Master Genpo Roshi and Dr. Carl Greer, our monthly download numbers climbed, approaching 1,000. Our show got more polished, and Jed and I clarified the questions we hoped would steer the show.

The questions that I use to direct the show are:

The questions Jed has taken on are: 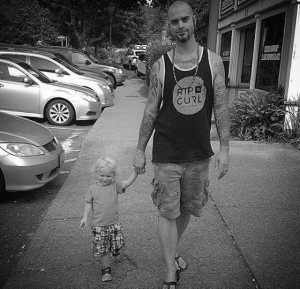 Guided by these questions we have had so many amazing discussions! These questions have been explored on our show with cutting-edge Buddhist teachers like Reggie Ray, Christian contemplatives like Gregory Spencer, Psychedelic explorers like Dr. Martin Ball, and even Krishna Das, known for Hindu devotional chanting.

Here’s a link to a discussion with Portland-based teacher Jacqueline Mandell. The Vajra Body Vajra Mind podcast can be found on iTunes and Stitchery.

Our show is growing both in popularity and in depth. I see our podcast as representing a subset of the Buddhist world that often has no representation: the messy questions of tradition, taboo and evolution.

This podcast serves as a sangha and a ground of inquiry that not only enriches our personal spiritual paths, but has also been beneficial to many listeners, who have expressed gratitude for the insights they have gained from our show. We connect to our listeners via Facebook and we try to respond to all of their requests and questions there.

In a world of disconnection and technologic isolation, podcasts offer a strange but powerful link between people with shared aims. Buddhists, in particular, can benefit from the virtual sangha a podcast can create.

0
SHARES
Share
Posted Under: 2015, Dharma Education, Winter
About the Author: Damien Abel
Damien Abel is a Tibetan Buddhist practitioner and student of Dza Kilung Rinpoche. Damien is vice president of Northwest Dharma Association, where he has led the MahaSangha initiative, to facilitate Buddhist community in the Northwest. He is also a Buddhist practice coach, a nursing assistant, father of two and a Qigong instructor.