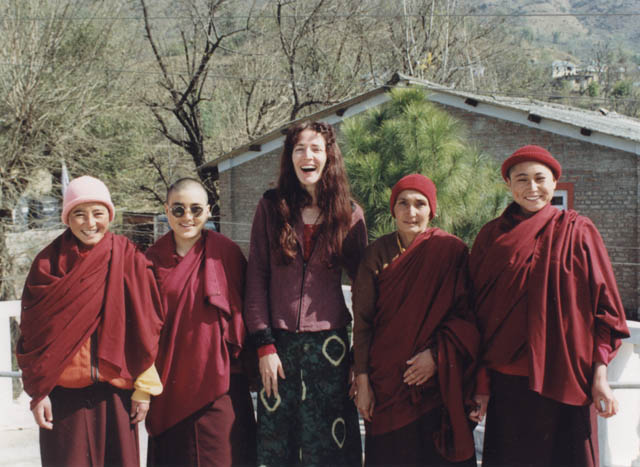 Two Northwest women are playing a key role in the global empowerment of Buddhist women, by leading the organization that is supporting one of the world’s best-known female Tibetan Buddhist monastics, Jetsunma Tenzin Palmo.

The two Northwesterners, Heather White and Caterina, met each other while journeying out of the Northwest region for teachings from Jetsunma Tenzin Palmo, one of the first Western-born Tibetan Buddhist nuns.

In 1999 Jetsunma Tenzin Palmo established Dongyu Gatsal Ling Nunnery in India, to fulfill the wishes of her guru Khamtrul Rinpoche. One of her goals was to develop the academic and spiritual potential of girls and young women from Tibet and the Himalayan border regions of India, Bhutan and Nepal. Nuns in Tibetan tradition historically have had limited access to Buddhist teachings and trainings, compared to their male counterparts.