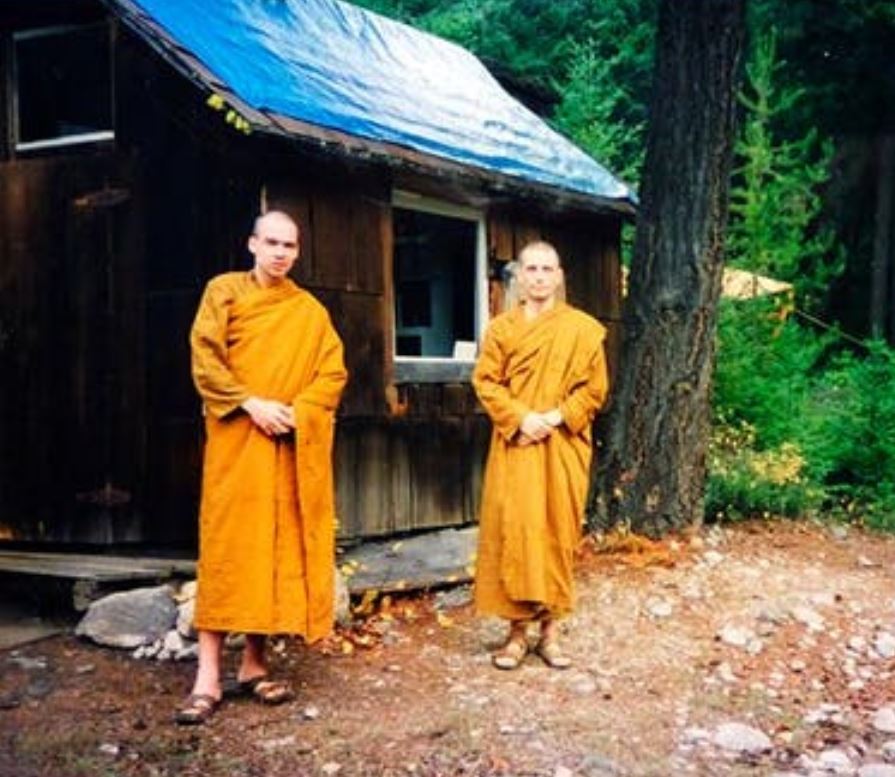 We’re historians working on the early history of Birken Forest Monastery, and will be giving a free public lecture at Simon Fraser University in Vancouver on October 4.  We wanted to put it on your radar, as the subject matter might be of interest to some of your members–please spread the word to anyone you think might want to attend.

In April  1994, the Venerable Sona (ne Tom West), a Coquitlam, BC-born-and-bred Buddhist monk from  the austere and orthodox Thai Forest Tradition of Theravada Buddhism, travelled to a complex of rundown shacks on the road between Mount Currie and D’Arcy in the Birkenhead River valley near Pemberton, BC. There, he succeeded in establishing a foothold of the Thai Forest tradition, the first initiated by a westerner in North America.

In order for this strict form of Buddhist monasticism to take root a diverse group of people with widely divergent backgrounds, religious and otherwise, had to intersect, thanks to the utter dependence of the mendicant monks on the laity. Those who fed and otherwise sustained the monks included regular visitors from the Vancouver region – Thai Buddhist graduate students and domestic workers,
as well as Sri Lankan and “convert” Buddhist professionals and academics – along with local people – largely non-Buddhist foresters, entrepreneurs, self-described hippies and dropouts, and a Baptist school secretary. Our presentation will explore the depth and meaning of these intersections, which didn’t happen in the cosmopolitan environs of a Global City, like Vancouver, but rather at the periphery, in a remote and reputedly “redneck” place, where the Thai and Sri Lankan “ethnic” Buddhists who visited encountered an intensely foreign cultural and physical environment surrounding the familiar robes and rituals of a Buddhist monastery.

SPEAKERS
KAREN FERGUSON bis a professor in the Urban Studies Program at Simon Fraser University. She teaches courses on urban planning and development, as well as urban inequality. She has written two books on African-American history.
LUKE CLOSSEY is associate professor of History and director of the Global Asia Program at Simon Fraser University, where he gives courses on the global history of religion. He previously wrote on the expansion of Christianity into Asia.
Dr. Ferguson and Dr. Clossey are now collaborating on a new research project critically examining the expansion of Buddhism into Canada.
SPONSORS
David Lam Centre
Global Asia Program
Department of History
0
SHARES
Share
Posted Under: 2019, Dharma Education, Dharma In Canada, Featured On Home Page