Rainbowdharma is a discreet organization of international Buddhist practitioners. The founder, Lama Rangdrol, is an independent teacher of Buddhism and meditation in the Nyingma Dzogchen tradition. Known for his clarity of insight, he has taught meditation in Buddhist, ecumenical, non-sectarian, Christian, Interfaith, and secular communities on three continents. He has authored five books on race relations in American Buddhism, two music albums, and produced an award winning film. His work on meditation in the African American experience is recognized worldwide. He teaches regularly in the Seattle Area when not traveling or giving counsel to students and scholars at home and abroad.

Before entering the Dharma stream, Lama Rangdrol worked as a licensed psychiatric technician and Drama Therapist in departments of psychiatry at UCLA Neuropsychiatric Institute and USC University Hospital, as well as numerous acute psychiatric hospitals, prison, and outpatient clinics serving mentally ill, developmentally disabled, and homeless populations.
He complimented his mental health career with studies in the arts including the University of Redlands School of Music (B.A.), and graduate work in Ethnic Theater at Sacramento State University as well as certificates of study from the National Shakespeare Company (New York) and the Royal Academy of Dramatic Art (London).

In 1996, Rangdrol wrote a seminal essay titled, “American Buddhism What Does It Mean for People of Color,” published on the first website (ww.rainbowdharma.com) exclusively established for Buddhist People of Color.
In 1998, he became the private student of Khenpo Yurmed Tinly (Katog Dzogchen lineage), the abbot of Bhutan’s Gantay Monastery as well as abbot of the Zilnon Kagyeling Monastery in Dharamsala, India. He remained a student in service of the khenpo for seven years.
In 2000, Rangdrol began teaching Buddhism in the African American community of Oakland, California, and authored Black Buddha—later featured as a classic in American Buddhism (Buddhadharma Magazine; Summer 2005).
In, 2000, Lama also participated in sponsoring and compiling the seminal booklet, “Making the Invisible Visible: Healing Racism In Our Buddhist Communities.” Some of the contributors were Buddhist of Color notables of the day. Others went on to establish themselves as Buddhist of Color luminaries. They founded Diversity components in major Dharma organizations, the “Alphabet Sangha” LGBTQI, Buddist of Color social Activism networks and so on… known for activism in American politic today.
In Winter 2001 lama Rangdrol’s article, An Interview with Ven. Khenpo Gyurmed Trinley Rinpoche was published in Snow Lion Newsletter; subsequently published in Cuadernos de Budismo, en Espanol.
In 2002, Lama Rangdrol taught among the largest group of African American Buddhist teachers in world history at Spirit Rock’s (Woodacre, California) historic African American Retreat. Also present were Ralph Steele, Angel Kyodo Williams, George Mumford, Rachel Bagby, Hilda Baldoquin, Lawrence Ellis, Alice Walker, and Jan Willis.
In 2002, he was awarded the Martin Luther King, Jr. Award For Community Service for pioneering Buddhist teachings in Oakland’s Black community.
In Summer 2003, Bringing the Tradition Home: An interview with Choyin Rangdrol appeared in Buddhist Peace Fellowship’s Turning Wheel Magazine. It is considered a seminal discussion of Buddhism’s relevance in the African American community.
In 2003, Lama Rangdrol also became the original and only African-American teacher of Buddhism recognized by the First Conference of Tibetan Buddhist Centers in North and South America (Garrison Institute), convened by the New York Office of Tibet,
In 2004, he was honored as a special invited guest to the Dalai Lama’s teachings on “World Peace Through Inner Peace” in Miami, Florida. The text elucidated by the Dalai Lama was “Instructions on Garland Views.” According to the Office of Tibet, New York, the text “is arguably described as the most rarely offered instruction of the Nyingma school of Tibetan Buddhism…written by Padmasambhava, an Indian tantric adept, who came to Tibet in the ninth century and played a pioneering role in spreading Buddhism among its “red-faced”, warlike people, thus setting in motion the complete demilitarization of Central Asia’s dominant military power.
In 2005, a second influential interview with Lama Rangdrol titled “Centered in Dharma” was published on Turning Wheel Magazine. This was also a year of backlash. African American male Lama Rangdrol found himself under attack from the San Francisco Bay Area Feminist “F*ck Patriarchy” movement, the Black Church’s Anti-Buddhist conversion campaign, and the growing trend of African American Buddhist teachers institutionalizing themselves in American Buddhism run by convert whites. Lama felt abandoning Black America and cow towing to various political factions was not an option. His family, students, and supporters came under increasing attack. He was disinvited from teaching at major centers. And, because of advocating “Asian” Buddhism in the Black community he was called a race traitor as well as traitor to the legacy of Reverenced Dr. Martin Luther King Jr.’s Civil Rights legacy.
In 2006, Lama Rangdrol moved to Maui in the Hawaiian Islands where he spent the next ten years headquartered. He taught in the islands and traveled and taught intermittently to mainland America, Europe, Asia and Latin America. His foreign teaching travel included South of France, Sweden, Estonia, Amsterdam, England, Mexico, Thailand, Cambodia, and throughout Dalit Maharashtra India. Today he has students residing on five continents.
In 2007, Lama was invited to be the Keynote Speaker for FWBO’s historic San Francisco Buddhist Center conference between Dalit Buddhist India and African America, “Buddhism: Beyond Race and Caste.”
In 2009, he filmed his pilgrimage to Angkor Cambodia. Upon return he produced and musically scored the film unto a documentary titled ”Festival Canceled Due to Heavy Rain.” The documentary became the first African American Buddhist film to debut at a Historically Black College or University. Though rebuffed in America’s “Bible Belt” South, it subsequently received the Accolade Award for filmmaking excellence at Honolulu Hawaii’s International Film Festival.
In 2010, Lama became the first Tibetan Buddhist invited to present at the Filipino Babaylan Conference whose theme was decolonizing the mind and re-establishing the pre-colonial indigenous feminine tradition of the Philippines. Lama presented on the “Golden Tara of Agusan” statues relevance as a feminine icon legacy in the Filipino historical experience. The lectures took place in Old Filipino Town, Los Angeles, California, and included a presentation in UCLA’s Filipino Studies department.
In 2011, on invitation from Dalit Buddhists in India, Lama Rangdrol traveled by place, car, bus, train, rickshaw and walking throughout metropolitan, village and slum Dalit (Untouchable) Maharashtra, India.
Between 2012 and 2014 he homeschooled his children while planning return to mainland America.
He returned in late 2015 having chosen the Dharma rich community of Seattle as his new base of global operation.
In 2016, the Lama was invited to speak at the 125th Ambedkar celebration, Columbia University. The topic title was “Global Relevance on Ambedkar’s Buddhist Human Dignity Movement and the African American Continuum. He also given a talk on “Dream Yoga As Workspace for the Creative IT professional” at a major corporate headquarter. He is currently teaching a summer meditation series at various locations in the Seattle area. 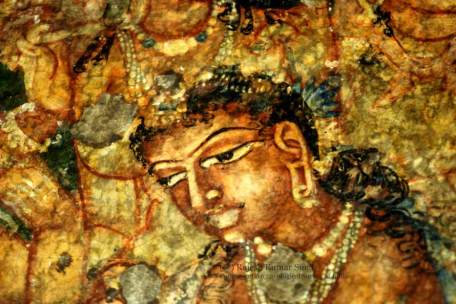 ← Back to all Group Members