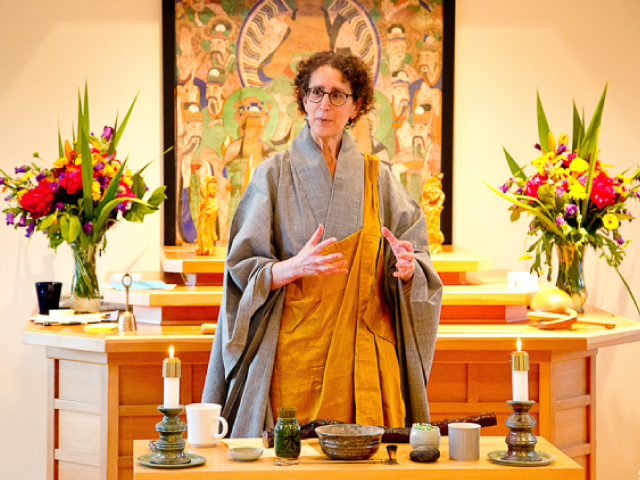 Many years ago, long before I encountered my first Zen teacher or experienced my first meditation retreat, I read Herman Hesse’s “Siddhartha,” and was instantly transfixed by the fable-like qualities of the tale and the magic of his prose.

Countless people like me, whether self-identified as Buddhist or not, have been viscerally inspired by this re-imagined story of Siddhartha’s path of awakening. 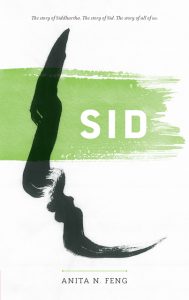 It didn’t matter to me whether the story was true or not, or how much it strayed from some earlier original telling of the life of Siddhartha.  What mattered most were the possibilities that this novel offered, the Buddhist path by which someone, anyone, could attain realization. Hesse’s uniquely stylized poetic prose whispered into my consciousness that the experience was real and attainable.

At the age of 16, when I first read this book, my imagination was kindled. The course of my life was inspired.

How many of us have found our lives changed by a story of a life?  How many of us, when asked about the life of Buddha, have related the story of Siddhartha’s coming of age and journey to awakening in some form or another?  How was it told?

One of the reasons why I decided to write my own version of the tale was in response to a kind of staleness or rigidity that I’ve found can creep into our teachings, and into the way we transmit the dharma. In some ways, the arts, in general, help us as a whole society to imagine and then navigate change. And change, as natural as we know it to be, is also necessary for growth and vitality.

So how did my novel, “Sid,” evolve? At our Blue Heron Zen Center in Seattle, we hold two ceremonies yearly, one for Buddha’s Birthday and the other for Buddha’s enlightenment day. 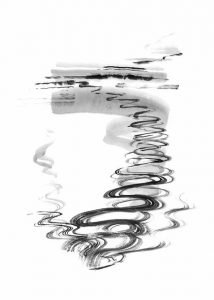 Rather than recap a summarized, formulaic rendering of Siddhartha’s life (i.e.- child of privilege, the encounters with old age, sickness and death, the resolve and practices that lead to his awakening), I decided to present an unorthodox and modern take on what Siddhartha’s life might look like in today’s terms. For example, rather than presenting the story of Siddhartha’s birth wherein he leapt out of his mother’s side and proclaimed that this would be his last birth, I presented the birth story of Sid, born of a caesarian operation gone wrong, and yet entering the world as each one of us does, “…as his natural birthright, his very own dominion and home.”

These early talks given at our ceremonies provided a kind of base out of which my novel “Sid” grew. Over the course of several years, these fragments grew into the nucleus of a reimagined life of Buddha, one told with a sense of wonder and imaginative play, weaving together historical and contemporary versions of the tale.

Another motivation to write “Sid” came from an inclination to re-imagine and reveal the importance of the women in both the ancient and modern stories. Avalokiteśvara, the bodhisattva of compassion, takes a prominent role in guiding both Sid and Siddhartha towards their enlightenment. Mahāmāyā, Siddhartha’s mother, and Yasodharā, Siddhartha’s wife, are given voice, along with their natural strength, courage, compassion and wisdom. 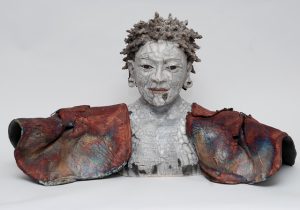 As I am, original raku Buddha made by Anita Feng.

A great deal of research was done in developing the novel and there were a couple of significant and surprising discoveries along the way.  One was the discovery of Yasodharā’s Lament, a beautiful and inspiring text that is still recited and beloved in Southeast Asia.

Another discovery, just to give you an example, was the more likely true meaning of Rahula’s name (Rahula was the young son of Siddhartha). I had always intuitively felt that the usual translation, “bond” or “fetter,” couldn’t possibly be accurate.  As a mother myself, it just didn’t make sense.  I’ve long suspected the common translations were a case of history being “back-written” by well-meaning monks.

According to the linguistic scholars that I read, the name Rahula was actually a celebratory name, meant to honor a child born during a cosmic event such as a lunar eclipse.

A special aspect of the novel is that the prose is accompanied by the original artwork of the well-known Seattle artist, Linda Davidson.  She created a series of exquisite brushwork paintings that contribute far more than mere illustrations.  They expand the book’s horizons exponentially. 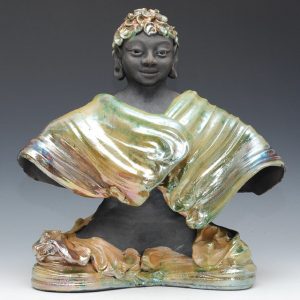 Buddha in shrouded robes, made by Feng.

Yet one more reason why I was inspired to write the novel was to re-introduce the original, lyrical quality of the earliest versions known of the Siddhartha tale.  The story is magical, and I can just imagine how, in the early oral traditions of story-telling, it would have been utterly captivating and inspiring.  Here is a brief excerpt from “Sid,” about the moment after Siddhartha’s enlightenment, to give you an idea:

“When this great event takes place, ten thousand worlds sway in wonder. And all the trees of every world sprout branches loaded with fruits and flowers. Five sorts of lilies bloom spontaneously. At that moment no living creature gives way to anger and no one suffers any sort of disease. Humans and beasts arrive together in one accord. Rivers suspend their wandering and elephants trumpet his great enlightenment in full harmonic chorus.”

Surprisingly, not since Herman Hesse’s “Siddhartha” has anyone created a radically new version of the story of Buddha’s life.   This fact alone inspired me to write this book, bringing to bear my years of Zen training and my lifetime’s work as a poet, a raku Buddha sculptor, a wife and a mother. 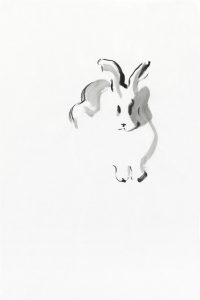 A rabbit, by Linda Davidson.

Interestingly enough, I’ve found that at this point in my life, all of my vocations and avocations have come to bear on this point: What does equanimity look like now? It is my hope that the novel “Sid,” along with my Buddha sculptures, will inspire others to ask the same question and pursue it through the vehicle of their own lives and inclinations.

In order for Buddhism to thrive and grow in the West it is essential that we explore creative ways to transmit the teachings, informed as they are by the conditions of our times, our world and our artistry. It is my hope that this work will be of benefit to others, and shine more light on our mutual path to awakening.

If you are interested in learning more about (or purchasing a copy of) “Sid,” you can find excerpts, reviews and read a sample chapter at Wisdom Publication’s website. If you are interested in seeing samples of my raku sculptures, there is information and images at this site. Here’s information about our Zen training at the Blue Heron Zen Community.

1
SHARES
Share
Posted Under: 2016, Dharma Healing, Arts, Summer
About the Author: Zen Master Jeong Ji (Anita Feng)
Zen Master Jeong Ji (Anita Feng) has practiced Zen in the lineage of Zen Master Seung Sahn since 1976. In the late ’70s she lived and studied intensively with Zen Master Seung Sahn at the Providence Zen Center. Since the 1990s she has studied under the guidance of Zen Master Ji Bong, receiving Inka in 2008 and final transmission in 2015. Anita works as a ceramic artist making raku Buddhas, and is the author of three books, most recently the novel, “Sid.” She has three children, one grandchild and lives with her husband in Issaquah, Washington.